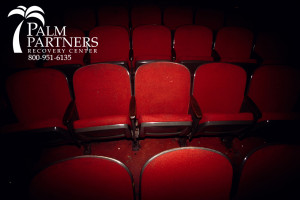 Movies often call for a ‘suspension of disbelief’ where the audience suspends judgment concerning the implausibility of the storyline. This is much more obvious when watching a fantasy movie or attending a magic show, in which you expect to see things that you not are unrealistic but are willing to believe in order to enjoy the show.

When it comes to movies that treat substance abuse and addiction, it’s not so much a suspension of disbelief but the moviemaker’s (and perhaps the audience’s) lack of knowledge or understanding regarding the subject matter that drives the storyline.

In movies such as 28 Days and When A Man Loves A Woman, the storyline always seems to offer some sort of pre-existing cause for the protagonist’s addiction, like family history, mental illness, or a traumatic event.  This is most likely done in order to garner sympathy from the audience regarding the character who struggles. Addiction is still highly stigmatized, and not fully accepted as a disease, so it helps if there’s a “reason” for the substance abuse that helps “explain” why the protagonist is using so many drugs.

Although it is often the case that someone with addiction has endured trauma and may also be dealing with a psychological disorder, this movie treatment of addiction plays into a generally-held misconception that there is always an external “reason” or cause for addiction. The fact of the matter is that science still does not know the “cause” of addiction. There is scientific evidence that addiction is at least partly due to genetic factors (nature) and, especially when combined with some kind of environmental experience (nurture) a person can develop substance abuse and later, addiction. However, in some cases, there is no genetic link and no environmental factors.  In other cases, genetic, environmental, and social factors will be present, and addiction does not develop. Similar to other diseases like cancer, certain risk factors increase the likelihood of developing the disease, but not everyone who has the risk factors gets the disease, and not everyone who has the disease has the risk factors.

A lot of movies that deal with drug use and addiction, such as Requiem for a Dream, Candy, 28 Days, Drugstore Cowboy, and pretty much every movie about addiction ever made tends to follow the same misinformed idea of the progression of addiction. These movies often depict drinking and drugging to be fun at first and then the characters spiral out of control in a linear formula.

This might be the case of some but, in reality, many addicts go through cycles of good times and bad times. They might go to several different rehabs, experience one or more relapses, and then things start to get a little better, with time. However, this is really hard to depict in 120 minutes of screen time!

A great example of this mistake appears in the movie, Requiem for a Dream, where the director, Darren Aronofsky (a personal favorite of mine, check out his movie Pi if you’re into number theory) uses some pretty cool imagery, such as a close-up of the eye of one of the characters as he uses heroin. The problem with this scene is that the pupil of the eye is seen to enlarge or become dilated however, opiates have the opposite effect: they tend to constrict the pupils, also often referred to as “pinning.”

Just look at every picture of Kurt Cobain ever taken in the ’90s.

Possibly the best known, most-ridiculous movie depictions of addiction, Reefer Madness specifically addresses the use of “the Devil’s Weed.” This movie was intended to dissuade people from using marijuana by depicting the horrors that would inevitably befall the user but, it turned into a rather entertaining farce that would become a cult classic among potheads.

Now, there is some validity to the profound effect substances can have the brain. Many people who abuse substances also experience some sort of psychological distress that may or may not be due to a pre-existing disorder. Sometimes, drugs can mimic a mental illness, such as bipolar disorder, anxiety, depression, and even schizophrenia. Many times, when people get sober, these disorders can “clear up” and in other instances, they may persist but they will improve, if it was an organic problem the individual was already experiencing prior to the drug use.