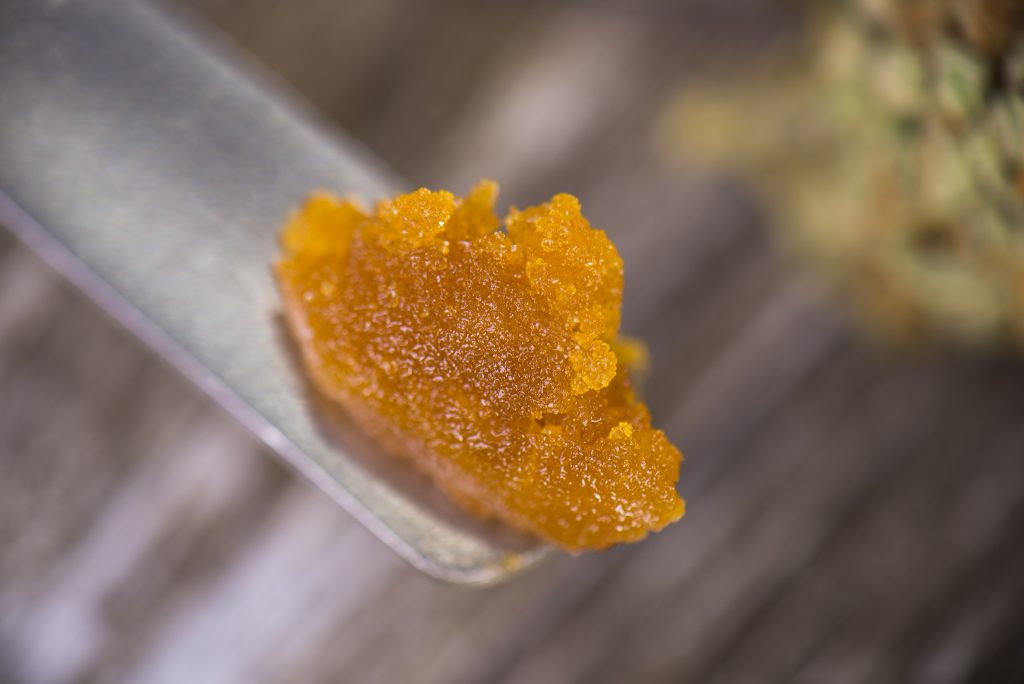 I will admit, at first glance that headline can be a little jarring, especially to cannabis advocates in a world of growing popularity for legalization. In a country that has been devastated over the past few years by an ongoing opioid crisis, heroin and fentanyl are far greater threats than cannabis plant or hash oil.

So no… We are NOT saying cannabis is equivalent to crack.

Today more and more states move to decriminalize and reform their marijuana policies. And we as a society are more open to the potential of medical marijuana. So of course, you can’t compare cannabis to the damage of the crack-cocaine epidemic of the 80s without sounding a little like the counter-productive propaganda of reefer madness. However, that hasn’t stopped the practice of dabbing THC from being controversial.

Some believe that it is because of the negative stigma that comes with the appearance of dabbing THC. Others believe it is due to how the substance is processed. Either way, people have used the analogy that dabbing is to cannabis what crack-cocaine is to cocaine. So what is dabbing, and why is it such a touchy topic?

What does Dabbing THC mean?

To better understand a lot of the controversy, we should first start with what dabbing THC actually means. To clarify, THC is Tetrahydrocannabinol, the cannabinoid compound in marijuana that causes the feelings of euphoria.

The term “dabbing” or “taking a dab” refers to the practice of inhaling the vapor of a cannabis concentrate of melted butane hash oil, also known as BHO. This method usually involves the use of what is called a “dab rig”. According to an article written on Estrohaze, a dab rig is essentially a domed water pipe with a surface that can be heated, called a nail. This part of the “dab rig” is usually made of:

A user will heat the nail, typically using a blowtorch. They then dab the concentrate onto the surface of the hot nail, and inhale the vapors of the melting wax. Users also have the option of using e-cigarettes or “vape pens” to consume hash oils, which make for a less scandalous look.

You may be wondering why go to all this trouble when marijuana has been smoked out of pipes and paper for decades? This is because a THC concentrate is extremely potent, and dabbing THC has an instant, yet long-lasting effect. Because of these factors, dabbing is now a popular method among consumers with higher tolerance to cannabis.

Dabbing THC only uses a small amount of the concentrate to achieve an intense high. To put it into perspective, one writer on the subject points out:

So not only is it stronger, it is also considered more economical. See where we are going with this?

Why the Crack Comparison?

The real comparison most are drawing comes in when you look at what dabs are made of. Firstly, there are different extraction methods used for making cannabis concentrates. Some of these methods do not require the use of butane. However, the most common form of concentrated weed oil is typically produced when butane is poured over the marijuana plant. The solution separates the THC from the cannabis plant itself and dissolves it into the butane. The resulting solution then has to be pressed through a filter. After all that, the final product is a thick, gummy substance that is high in THC. There are plenty of names for this concentrate, including:

After extracting the THC, the concentrate should be ‘purified’ of any trace solvents. Because of the added processing of dabbing THC, this is where the comparison to crack comes in. Look at it this way, both crack and dabbing THC:

There are those who have reported side effects from using hash oil wax. Dabbing THC can also have a list of adverse side effects that are similar to crack-cocaine use, including:

Again, we acknowledge that cannabis wax so far has not proven to be nearly as harmful as crack-cocaine. However, some evidence does suggest that dabbing THC is more likely to cause dependence or addiction. One study from the Estrohaze article indicates that users consider dabbing as more dangerous because of the tolerance people develop through the larger doses.

Part of the process of manufacturing dabbing THC is what concerns people. That includes reports of a rise in explosions in careless labs trying to produce hash oil products. Others have voiced concerns about the potential health risks of these cannabis waxes. For example, there is some risk in the possibility of inhaling “dirty” butane, caused by:

Before you think these are all bias opinions, the concerns aren’t only coming from people outside the marijuana industry. Even advocates in the cannabis community have spoken about the divide dabs have created in the pro-pot population. One such person is High Times senior editor Bobby Black. According to Black, the techniques to make BHO-

“- bear an eerie resemblance to those used for harder drugs like meth and crack.”

Another is Dale Gieringer, PhD of the National Organization for the Reform of Marijuana Laws (NORML) in California. Gieringer attributes the recent rise in hospitalizations for cannabis overdose to use of BHO. He has stated:

“Things like this never happened until the popularization of hash oil in recent years,”

“The dangers are dire enough to merit a special warning.”

Still, many in the cannabis community believe that there is potential in BHO. Some think its potential for medicinal use outweighs some of the risks, and others see it as a means of harm reduction.

When it comes to issues of substance abuse, we should remember the difference between dependence and addiction. For those unfamiliar, dependence primarily deals with the tolerance people develop due to prolonged use of a substance. This is when a person’s body or mind adapts to the presence of a drug, and in order to maintain balance the body as conditioned itself to rely on that substance. In short, dependence is something that manifests physically.

However, with addiction, there is far more than the physical dependence. An addiction is a much deeper relationship between the substance, the habitual behavior, and mental and emotional health of the individual. Addiction, also known as severe substance use disorder, is a complex brain disorder. This intense obsession takes different forms and affects people in different ways, but most people with addictions will continue using despite the negative impact on their lives.

So, when it comes to the debate over whether or not cannabis causes addiction, we should consider the difference between dependence and addiction.

According to the National Institute on Drug Abuse (NIDA), marijuana use can lead to marijuana use disorder. This takes the form of addiction in severe cases. Marijuana use disorder is most commonly associated with dependence when someone experiences some physical withdrawal symptoms. However, the NIDA states that it becomes an addiction when the individual is unable to stop using, even though it is detrimental to their everyday life.

With dabbing THC, the same rules would apply. With people building higher tolerance much quicker, dependence is much easier to develop. When that dependence begins to cause real problems in life, it is possible that the issue has developed into an addiction.

This debate seems to have split the cannabis community, with one side saying BHO and dabbing THC is not worth the trouble and stigma it brings. The other side believes that potential benefits are more important than any backlash. Many are taking a more moderate stance, acknowledging the rewards but not minimizing the risks. So what is the right way to look at dabbing THC?

Even cannabis advocates worry that the issues people associate with dabbing will set back the progress made in the legalization movement. Does dabbing really deserve the reputation?

While this article is not meant to choose a side. But we can emphasize the fact that regardless of what the substance is, dependence and addiction can be detrimental to overall health and well-being. As times change and society embraces more uses for cannabis, one thing does not change- substance abuse and addiction should never be ignored.  You are allowed to be optimistic about the benefits of cannabis and still raise awareness about the risk of abuse and adverse effects. And in looking at the whole picture, we are all put in a better position to help those who need help the best we can.

When it comes to addressing issues of addiction, having an effective and innovative recovery plan can be a game changer. Palm Partners Recovery Center believes in holistic addiction treatment that provides unique opportunities for healing mind, body, and spirit as part of a comprehensive recovery program. If you or someone you love is struggling, please call toll-free now.