In the United States, it’s legal to consume alcohol if you’re 21 or older—meaning millions of adults enjoy alcoholic beverages nationwide. Alcohol is also the most heavily abused substance in the country, primarily because it’s so readily available. 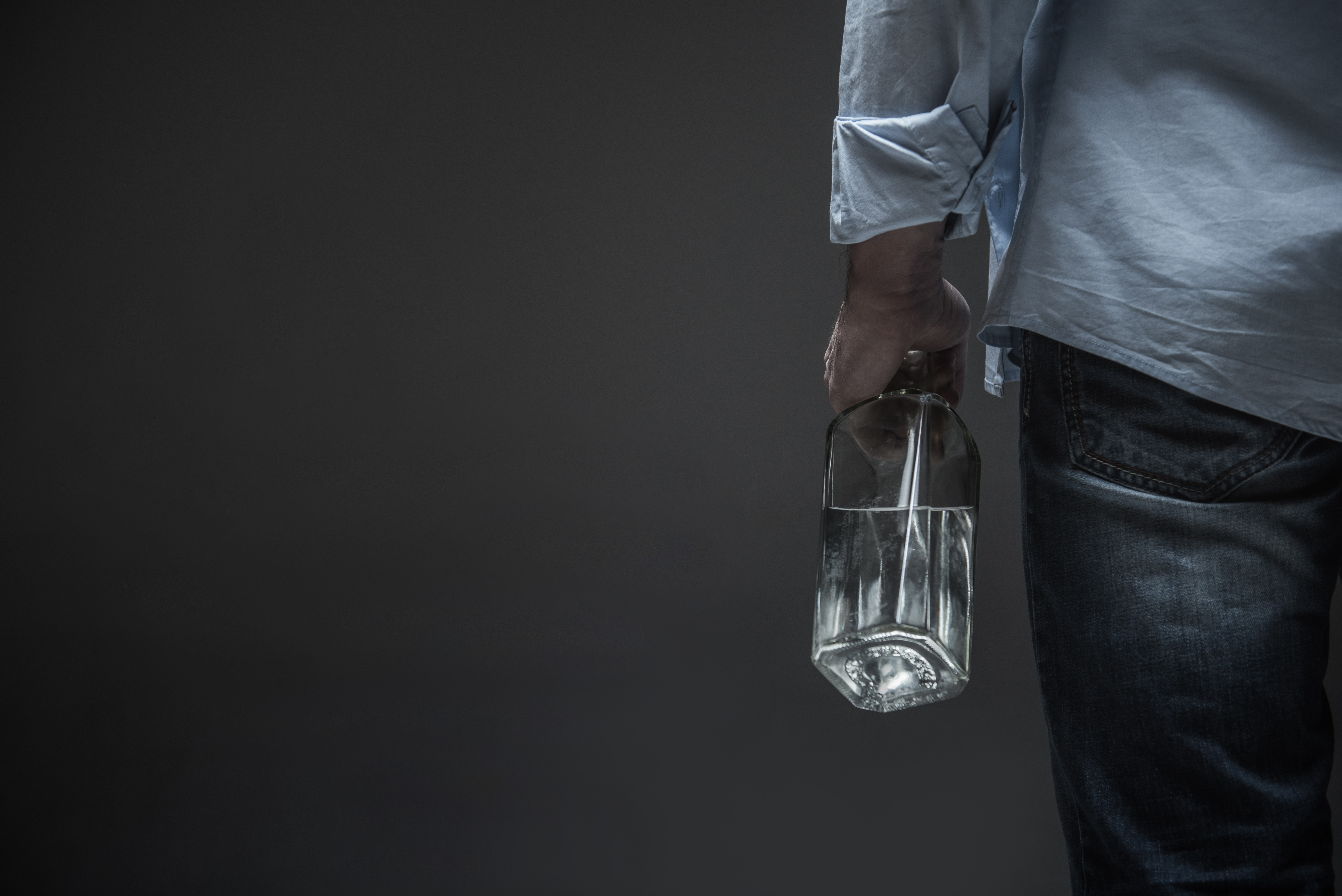 While many people do use alcohol responsibly, many others misuse it by drinking too much or too often, which is referred to as alcohol abuse. When alcohol is abused consistently over an extended period of time, the user may become addicted, resulting in a condition called alcoholism.

What is alcohol and why is it abused?

Alcohol is the result of the natural fermentation of sugars, and is the major component in beer, wine, liquor, and other alcoholic beverages. Some of the more common examples include:

The reason alcohol has a high tendency to be abused is the effect it has on the user. Part of a wider category of substances called depressants, alcohol can produce a numb, euphoric feeling that relieves stress in the short term. Heavy consumption of alcohol can produce decreased ability to think and communicate and severely limits decision-making abilities.

Alcohol is frequently abused when users are under a high level of stress or emotional trauma. Because alcohol is so widely available nationwide, alcohol is an easy substance for addicts to get their hands on. This is evidenced by key alcohol statistics; According to the National Council on Alcohol and Drug Dependence, 1 in 12 adults suffer from alcohol abuse or addiction.

Alcoholism is when you have signs of physical addiction to alcohol and continues to drink, despite problems with physical health, mental health, and social, family, or job responsibilities. Alcohol may control your life and relationships.

Alcohol abuse is when your drinking leads to problems, but not physical addiction.

Alcohol is extremely addictive—especially for those already at risk. According to Healthline, there are a number of risk factors that predispose some individuals to suffer from the condition, including:

Pre-teen and Adolescent Drinking – A survey of over 40,000 adults indicated that among those who began drinking before age 14, nearly half had become alcoholic dependent by the age of 21. In contrast, only 9% of people who began drinking after the age of 21 developed alcoholism. Young adults that have easy access to alcohol and are under peer pressure, stress, battling low self-esteem, depression, and living in a culture where alcohol is common are more susceptible to alcoholism. People with a family history of alcoholism are also more likely to begin drinking before the age of 20 and to become alcoholic. Such adolescent drinkers are also more apt to underestimate the effects of drinking and to make judgment errors, such as going on binges or driving after drinking, than young drinkers without a family history of alcoholism.

College Drinking – Graduating high school and going to college is practically an American rite of passage into adulthood. Alcohol use on college campuses has been widely sensationalized throughout the media and daily culture. Practically every coming of age in America movie involves some form of underage drinking, binge drinking, or alcohol abuse. To grow up in America is to grow up in a culture where alcohol is commonly consumed and viewed as a socially acceptable thing to do. Although it is illegal to drink on most college campuses and only a small percentage of students are of legal drinking age, alcohol abuse is very common.

Elderly Drinking – There are two sets of data when it comes to alcoholism amongst the elderly – there are some studies that suggest that the general population of persons older than 65 (elderly) consume less alcohol and have fewer alcohol-related problems than younger persons.

The prevalence of problem drinking in nursing homes is as high as 49 percent in some studies, depending in part on survey methods. The high prevalence of problem drinking in this setting may reflect a trend toward using nursing homes for short-term alcoholism rehabilitation stays. Late-onset alcohol problems also occur in some retirement communities, where drinking at social gatherings is often the norm.

Most alcoholics are men, but the incidence of alcoholism in women has been increasing over the past 30 years. Studies indicate that about 7% of men and 2.5% of women abuse alcohol. However, studies suggest that women are more vulnerable than men to many of the long-term consequences of alcoholism.

Effects of alcohol on women include but are not limited to:

Effects of alcohol on men include but are not limited to:

The relationship between child abuse and the use or abuse of alcohol has two aspects. First, some findings have indicated that parental alcohol abuse may be associated with the physical or sexual abuse of children. Research findings in this area remain inconsistent, however. Second, the experience of being abused as a child may increase a person’s risk for alcohol-related problems as an adult. This relationship has best been demonstrated in women who had been victims of childhood abuse. Several factors most likely contribute to or influence this relationship, including coping skills; antisocial behavior; and psychological problems, such as post-traumatic stress disorder.

National surveys show variations across ethnicities in drinking, alcohol use disorders, alcohol problems, and treatment use. Higher rates of high-risk drinking among ethnic minorities are reported for Native Americans and Hispanics, although within-ethnic group differences (e.g., gender, age-group, and other subpopulations) also are evident for ethnicities. Whites and Native Americans have a greater risk for alcohol use disorders relative to other ethnic groups. However, once alcohol dependence occurs, Blacks and Hispanics experience higher rates than Whites of recurrent or persistent dependence. Furthermore, the consequences of drinking appear to be more profound for Native Americans, Hispanics, and Blacks. Disparities in alcohol treatment utilization are most apparent for Hispanics. Explanations for these differences are complex, likely affected by risky drinking behaviors, immigration experiences, racial/ethnic discrimination, economic and neighborhood disadvantage, and variations in alcohol-metabolizing genes. Research must maintain a systematic, strong, and growing focus on ethnic minorities. A more complete understanding of these effects for ethnic minority groups is needed to enable researchers to face the challenges of reducing and ultimately eliminating health disparities in the alcohol field.

People with mental illnesses, such as bipolar disorder, depression, PTSD or an anxiety disorder, are at a higher risk of developing alcoholism. People with a mental health disorder may self-medicate with drugs or alcohol or may drink out of a loss of inhibition. Some may eventually mix drinking and their prescription medications which can lead to multiple addictions and/or an overdose.

Alcoholism is not restricted to any specific socioeconomic group or class.

Addiction can not only endanger yourself and those around you, but also impact your ability to meet your day-to-day responsibilities. It can cause turmoil in both your personal and professional life.

For example, 10% of children grow up in homes with at least one alcoholic parent. This is a family structure that furthers the cycle of abuse and addiction. Alcoholics are also at higher risk to be involved in fatal or serious automotive accidents. Addicts are less likely to keep employment and are more likely to be homeless.

In addition, alcohol abuse has a number of potential negative effects on your health. Your heart, liver, circulatory system, brain, digestive system, and more can suffer a variety of negative consequences when alcohol is abused over a long period of time.

Alcoholism by the Numbers

Because alcohol is so available and addictive, alcohol abuse is extremely pervasive nationwide. How far-reaching is this condition? Let’s look at some alcohol statistics, according to the National Institute on Alcohol Abuse and Alcoholism.

The only option is to find a place where you can receive dedicated treatment from addiction specialists in a comfortable, supportive environment. At Palm Partners, we have the resources and experience to help you recover from alcohol abuse successfully.

Detox is an important part of the treatment for alcohol addiction. Detox from alcohol can be life-threatening. It is one of the most dangerous drugs to detox from. This is why it is so important to go through a safe, medical detox process. This portion of treatment aims to make you comfortable while your body recovers from being physically dependent on alcohol. This is typically a 5 to 10 day process depending on your specific needs.

These risk factors, in combination with the fact that alcohol is highly addictive, can cause people to end up struggling with alcoholism without even realizing it’s occurring. You can get into a cycle where you start drinking regularly to cope with something going on in your life.

Over time, you begin to drink more and more. Eventually, you need alcohol to function—and if you don’t drink, you won’t feel well. This is the beginning of withdrawal, the side effects of abruptly stopping a substance that you’re addicted to.

Recovery from alcohol addiction is possible, but it is often a lifelong process. Alcohol addiction, or alcoholism, is a chronic, progressive disease, so recovery takes time. You must commit to stop drinking, set goals and prepare to change, and build a new, meaningful life where drinking no longer has a place. Part of alcohol recovery includes taking care of yourself, building a support network, developing new activities and interests, continuing treatment (12 step groups and outpatient therapy), and learning to deal with stress in a healthy way.

If you need help with your alcohol addiction, please chat with an addiction specialist below or give us a call at 1- 800-951-6135.