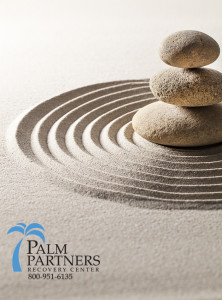 The concept of spirituality is kind of convoluted in that there’s no one agreed-upon definition. But that’s also the really cool thing about it. Your spirituality is up to you to define and decide what it means and what it looks like.

Wikipedia states that, “social scientists have defined spirituality as the search for ‘the sacred,’ separate from the ordinary, ‘a transcendent dimension within human experience…discovered in moments in which the individual questions the meaning of personal existence and attempts to place the self within a broader context.’”

And, although a lot of us subscribe to the belief that we’re terminally unique, there are a lot of other people out there who describe themselves as “Spiritual but not religious” (SBNR).

Generally used to self-identify a belief in spirituality that at the same time rejects traditional organized religion as the only means of furthering spiritual growth, the term is used world-wide; however it is most common in the United States.

SBNR is a commonly used term to describe those who also identify as “unchurched,” “none of the above,” “more spiritual than religious,” “spiritually eclectic,” “unaffiliated,” “freethinkers,” or “spiritual seekers.”

So, now that you know that you are not alone, here are 7 ways to be spiritual even if you don’t believe in God.

Meditating on a daily basis is a common practice of those who self-identify as spiritual but not religious. It’s a great practice that allows you to calm your mind, gain introspection, as well as feel connected to something greater than yourself.

#2: Say Mantras (instead of actual prayers)

If you’re like me, praying is a foreign concept that is not really something I believe in doing. However, there are mantras (defined as sacred utterances, sounds, syllables, or group of words believed to have psychological and spiritual power), often practiced along with certain meditations that you can say. You can also make up your own so that is has a particular private meaning and reflects your personal beliefs.

Yes, these are considered a type of exercise but they really have a lot to do with spirituality. Particularly, they honor the importance of the connection between mind, body, and spirit and incorporate movements and breath practices that marry all three.

#4: Be in Service, Regularly

Doing things such as volunteering at a soup kitchen, food bank, homeless shelter, animal shelter, or reading to seniors on a daily or weekly basis is a another way to be spiritual even if you don’t believe in God. Again, many people understand spirituality to be a part of something greater than themselves and giving back to the community is a great way to do plug into that larger energy source.

Similar to number 4, practicing random acts of kindness is yet another way to be spiritually fit. Buy coffee for the person in line behind you, feed a stranger’s expired parking meter before they get a ticket, or let someone in front of you in traffic. Just think if you were on the receiving end of any one of those good deeds. How would you feel in that moment? Exactly. Well, what’s stopping you from giving someone else that gift of feeling like they matter to this world, that they’re special in their own right?

When I was introduced to the steps, I thought, “Wow, everyone should do these, even if they don’t have a problem with substances.” That’s because I see the steps as the blueprints to how to be a better person. Don’t get me wrong, I freaked out at first when I saw the word “God” everywhere but, I also heard that I could have a Higher Power of my own understanding. I realize now that the word “God” is just an easier, more familiar way of referring to something greater than ourselves.

Watching reality TV and other garbage like that emphasizes drama, crisis, backstabbing – overall negativity, which can have a dramatic effect on your psyche. Whether you realize it or not, you’re getting caught up in the drama and, even though you may tell yourself, “This isn’t real,” your mind has the belief that this is what life is really like and it can compound your belief that people are nasty and that life can be really sh*tty. We are all sensitive to a degree and that’s not a bad thing. Protect your inner child that allows you to see the good in others and in the world, at-large.