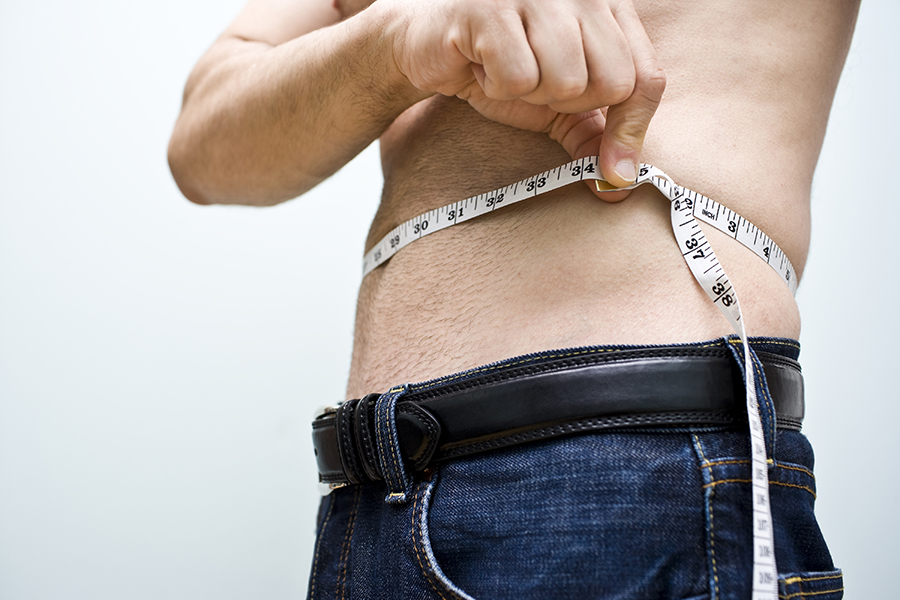 Manorexia is a sort of slang term for the so-called male version of eating disorders like anorexia nervosa and bulimia nervosa. It’s not an actual scientific term and it’s an indication of a serious misconception: that of thinking that eating disorders are somehow an issue that strictly affects girls and women.

Experts agree that the medical community needs to work on recognizing eating disorders in men is a real thing; it’s a problem that affects men as well as women.

And the fact of the matter is that men, too, are experiencing an ongoing battle with their body image – leading to the development of eating disorders. It’s all about image control.

According to The National Eating Disorders Collaboration, here are the warning signs:

According to the National Eating Disorders Collaboration:

Psychiatrist Cynthia Bulik, who directs the University of North Carolina Center of Excellence for Eating Disorders, says “This is not something that is rare. I think we need to get past the misperception that this is something that’s rare, because it does a huge disservice to boys and men.”

Therapist Jacquelyn Ekern, founder of the Eating Disorder Hope organization, says men are “less likely to come forward with it because some of them feel emasculated by it. However, they shouldn’t. It is an equal opportunity disease, and there are so many factors that can contribute.”

Professor Alison Field of Boston Children’s Hospital published a study in last November’s JAMA Pediatrics medical journal that says one in three young men have suffered from the disorder. Some take to abusing street drugs known for their purging effects. Others work out endlessly in the gym in hopes of achieving the same physique as their idols.

Studies suggest that some sufferers may have been abused in their youth, suffer a clinical depression exacerbated by alcohol or drug use, or have been battling questions of their sexuality. Attending to these underlying causes and conditions is the first step towards recovery.

Then, once in recovery from drug addiction, the tendency for most is to start living a healthy lifestyle and, considering the proclivity of recovering addicts to take things too far, it’s not a stretch to see how a lot of men in this specific population become so-called gym rats, steroid users, and even men with eating disorders such as anorexia or bulimia.

The perception has been that eating disorders are an obsession with being thin, and societal stereotypes dictate that only women want to be thin. And yet nothing could be further from the truth. That’s because societal stereotypes are always changing – for instance, it used to be more desirable for women to be on the curvy side; the “thigh gap” is a new trend. Therefore, it’s not necessarily that men want to be thin; they want to have the perfect body, whatever that might be at a given time in history. In pop culture today there is only one male archetype for the adult male body: broad shoulders, bulging biceps and big barrel chests.

If you are struggling with a substance abuse issues, drug addiction, alcoholism, an eating disorder or anything like these, or if you have a loved that you think has a problem, help is available. You can call toll-free 1-800-951-6135 and speak directly with an Addiction Specialist, day or night, who can answer your questions.