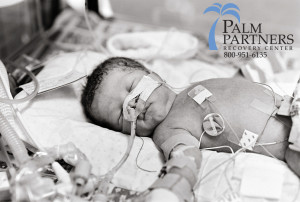 There is an epidemic of drug-addicted babies being born in Tennessee and across the country. The challenge comes when these babies are born and start to go through a terribly painful withdrawal process called NAS (neonatal abstinence syndrome).

Neonatal intensive care units in Tennessee are filling up faster than the health care system can figure out how to treat these babies being born to drug-addicted mothers. In the past decade, the number of babies with NAS has increased tenfold. Last year alone, there were 921 drug-dependent babies born in across the state.

Being at the forefront of this issue, Tennessee is struggling with how to go about addressing the problem. And it’s obvious that it’s not a cut-and-dry situation. State laws differ widely and are even conflicting to one another.

What it boils down to is this: treatment versus punishment/criminalization.

Shortly, there will be two laws in effect at the same time that contradict one another. One law encourages treatment while at the same time protects parental rights of those seeking treatment; however, the other threatens jail time for addicted mothers.

At the crossroads are the doctors who are attempting to treat these mothers and their babies. Laws like these leave doctors clueless as to what to tell their patients.

With addiction comes negative stigma and rampant misunderstanding about the disease. People who struggle with substance abuse and addiction are often ashamed and fearful to seek help. And then you have women addicts who know they are pregnant. The guilt, shame, and fear is compounded by their situation, and they face the very real possibility of having their babies taken away by the state.

Then there’s the unclear approach to treatment of babies with NAS. With the exact cause of withdrawal syndrome still unknown, treatment approaches are pretty much guesswork, at best; there’s a small handful of doctors that are actually equipped to truly help babies in this type of medical crisis.

Then, you have these same doctors who are unsure as to what to tell their patients, due to the mixed signals being sent by lawmakers.

Last year, Tennessee legislators passed a law called the Safe Harbor Act, which was designed to encourage mothers with addiction to seek treatment. It also ensures parental rights, saying that, if addicted mothers seek help, then the Department of Children’s Services cannot take their children into state custody based solely on their having an addiction.

Dr. Jessica Young, who treats pregnant women with substance abuse problems daily at her Vanderbilt clinic – and is the only Middle Tennessee obstetrician whose practice targets this patient population, says of the Safe Harbor law, “[It’s] something I could talk about with patients to help assuage their fears that they were doing the right thing by getting treatment, that if they continued to do what they were supposed to do, they wouldn’t have to worry about losing custody.”

Yet, the legislature passed another law, one that targets mothers with drug addiction as perpetrators of crimes against infants. As of July 1, police will be able to arrest a woman whose baby tests positive for drugs if she can’t prove she’s taking steps to get clean.

Republican state Rep. Terri Lynn Weaver, who sponsored the new law that criminalizes addicted mothers said, “It would just seem to me that any society that puts value on life would agree that these defenseless children deserve some protection and these babies need a voice.”

Weaver seems to think that the law is a good idea and that it would weed out those mothers who are “acting” and help other addicted mothers who truly want help. It’s obvious that Weaver doesn’t understand the psychological aspects of addiction.

Pregnant women with drug addiction face very-real barriers to getting help: those of shame and fear.

While doctors and medical insurance programs struggle with wanting to help and being bound by criminalizing legislation, many addicted women and their equally-addicted babies are left to suffer the consequences, both literally and figuratively.

If you or someone you love is struggling with substance abuse or addiction, or is looking for treatment in Tennessee, please call toll-free 1-800-951-6135. We can help!