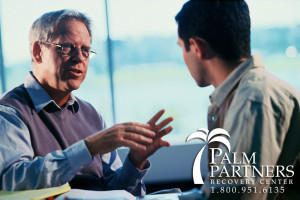 This is supposed to be an anonymous program and I think the relationship between a sponsor and sponsee is based on trust. I know that halfway houses are just trying to check up on people to make sure they are doing the right thing, but when does it become unethical? Nowhere in AA, NA or CA does it say that as a sponsor or a sponsee I am required to share where I am in my program with the halfway house. It actually doesn’t mention halfway houses anywhere in any of the fellowships. It also is not mentioned in the steps or the traditions.

Halfway houses are a really great place to go after rehab. I am blessed to have been fortunate enough to go to a halfway house for a few months after I left treatment, but it is not a requirement to go to one. They can definitely help you learn how to be responsible and accountable again, but you can get sober without going to one! In no way am I saying that you shouldn’t go to a halfway house, I just want it to be clear that it is not a part of AA or any other fellowship.

I actually had a situation where one of my sponsees halfway house managers called me to check up on her and ask if she was calling every day, where she was on her steps and how she was doing. At first, I was uncomfortable to respond because she had not been calling me every day.  I spoke to my sponsor and came to the realization that I didn’t have to respond to them, so I didn’t. I didn’t want to break the trust with my sponsee and I also didn’t want to lie to the halfway house. I found in that particular situation it was best to not converse with her halfway house.

So the big question is; is it unethical for your halfway house to call your sponsor? I think that each situation is different, so there’s no way to know what’s right and what isn’t. For me it’s best to not speak with the halfway house, but there are also times where I’ve been concerned and let the halfway house know when they’ve called. It really is up to you; whatever you think is right for each situation and sponsee!