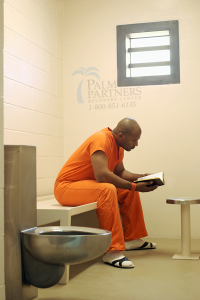 That is, when it comes to race, drug dealing and arrests don’t always go hand-in-hand. In a nutshell, more white people deal drugs, but more black people are arrested for it, statistically-speaking.

The Brookings Institution is one of the oldest think tanks in Washington, D.C., and it conducts research and education in the social sciences, primarily in economics, metropolitan policy, governance, foreign policy, and global economy and development. Jonathan Rothwell of Brookings lays it out:

“Arrest data show a striking trend: arrests of blacks have fallen for violent and property crimes, but soared for drug related crimes. As of 2011, drug crimes comprised 14 percent of all arrests and a miscellaneous category that includes “drug paraphernalia” possession comprised an additional 31 percent of all arrests. Just 6 percent and 14 percent of arrests were for violent and property crimes, respectively.”

What’s more surprising (or not-so-surprising) is the fact that, even though Whites use drugs at the same rate as Blacks do, Black people are far more likely to be arrested for the selling or possession of drugs. Furthermore, Whites are actually more likely to sell drugs than their Black counterparts.

“Whites were about 45 percent more likely than blacks to sell drugs in 1980, according to an analysis of the National Longitudinal Survey of Youth by economist Robert Fairlie. This was consistent with a 1989 survey of youth in Boston. My own analysis of data from the 2012 National Survey on Drug Use and Health shows that 6.6 percent of white adolescents and young adults (aged 12 to 25) sold drugs, compared to just 5.0 percent of blacks (a 32 percent difference).”

The Real Deal with Drug-Dealing: Not So Black and White

Why the Racial Disparities?

This trend only partially reflects racial differences between the drug markets in Black and White communities. For instance, in lower-income Black neighborhoods drug transactions take place out in the open; outdoors. On the other hand, in White neighborhoods, drugs tend to be sold indoors, often between friends and acquaintances behind closed doors. So, common sense tells us that, if you sell drugs outside, you’re much more likely to be seen and therefore get caught.

Rothwell’s findings shoot down some of the common myths and pieces of misinformation that tend to be spread by right-wing Republicans who support the antiquated – and failing – War on Drugs approach. They tout that people don’t get arrested for nonviolent drug crime as much as they used to, which is false, and that legalizing and decriminalizing certain drugs won’t solve ingrained racial disparities in the criminal justice system, which is more likely true, at least to an extent.

Whether you’re struggling with substance abuse or addiction and are facing legal consequences for drug-related offenses, such as possession, distribution, or DUI, it’s not too late to get help. You can reach out to an Addiction Specialist to find out how treatment works as well as the services that are available to you while you recover. Case managers can work with you and the courts and probation to work out a solution. Help is available. Call toll-free 1-800-951-6135.