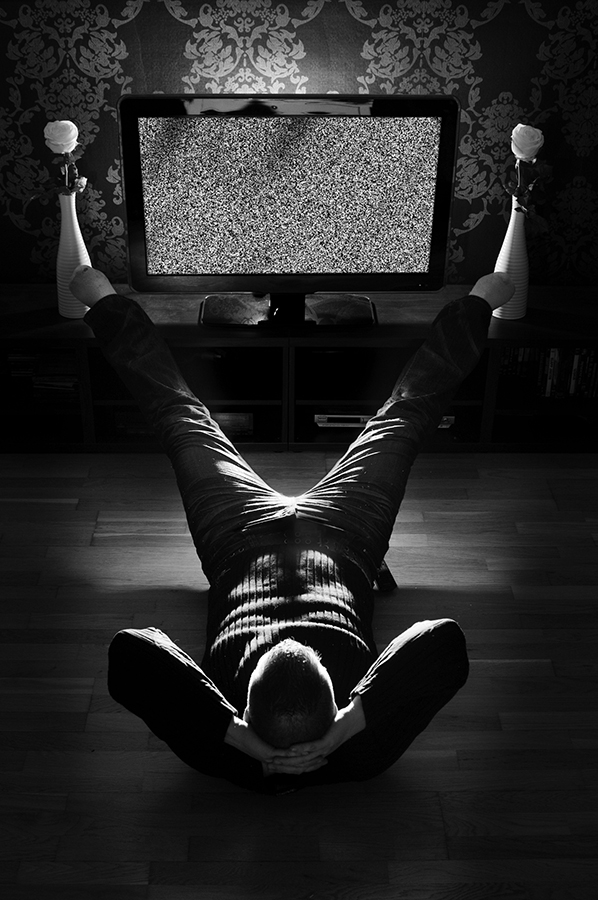 Television and cinema were created to inform and inspire the masses, while entertaining them and feeding them information. It has also been said that TV numbs the mind, and that younger generations are slowly but surely being corrupted by this brain-washing box of pictures, so can it hurt or help addicts in recovery?

In the area of addiction and recovery from addiction there is often a debate about the concept of ‘triggers’. That pertains to people, places and things that stir up old feelings or memories for a recovering addict or alcoholic that drives them to want to use. Music, movies, even conversations are suggested to be ‘triggers’ by some.

A lot of treatment professionals’ claim addiction movies can be used as a helpful tool in making connections with patients. At the same token many addicts have said they’ve wanted to relapse after seeing drug use on screen, insisting that they are ‘triggered’ by images of individuals using or drinking, especially in ways it is glamorized.

While the concept of a ‘trigger’ is understandable, and some people believe these are the most dangerous things an addict or alcoholic can be exposed to, others think this is a moot point. Personally, my experience has led me to believe that a ‘trigger’ isn’t a term I use in my recovery from addiction, because I could turn anything into an excuse to get high or drink. Still, protecting your sobriety from questionable circumstances makes sense.

To cut the invisible red ribbon of experimental treatment, those recovering from drug and alcohol addiction in Philadelphia are watching some Hollywood movies as part of their outpatient group therapy program.

Outpatient drug and alcohol treatment programs in the immediate area are actually being proactive about this new strategy, and send recovering addicts to the movies about once a month as part of their therapy schedule.

Several of the treatment providers contend that watching these movies can be helpful for those who are trying to adjust to life without drugs and alcohol.

Community Behavioral Health, one of the key contributors involved with managing funds for substance-abuse and mental-health services for Medicaid recipients in Philadelphia, apparently stands by the tactic thus far. Community Behavioral Health has stated their support for the use of movies in a clinical setting as long as there is a “clinical rationale” for the technique to be applied.

While some are convinced that films can constructive feelings for recovery, medical professionals have expressed their doubts about this being an effective tool. While the programs are supposed to help recovering addicts stay clean, many of the patients who have participated in this program reported otherwise.

Several actually suggested that the movies actually made them crave the substances they were trying to quit more. Director of the Division on Addiction at Cambridge Health Alliance Howard Shaffer is an associate professor of psychiatry at Harvard Medical School who pronounced his opinion on the subject,

“[A movie] might stimulate a conversation, but it could also stimulate a relapse, especially movies that are graphic and realistic,”

Some of the movies are specifically tragic tales involving the excessive use of illicit drugs, mixed with emotional roller-coaster plots and captivating casts. 25 year old Tiffany Anderson is one of the patients who said she felt like using after watching certain movies like The Basketball Diaries, starring Leonardo DiCaprio as a heroin addict, and 28 Days, with Sandra Bullock as a woman in the throes of alcoholism. She talked a little bit about how she was feeling ‘triggered’ by these films,

“It makes you want to use because it reminds you how good you feel when you’re high, how it numbs everything and you don’t have no worries. The movies don’t help, it’s just something else to keep you there. [The clinic] makes money from us going to group [therapy].”

Others may not share the same blatant disbelief in the authenticity of the treatment programs efforts, but still question the likelihood of this being a positive part of treatment. John Caccioala, a senior scientist at the Treatment Research Institute, said,

“You just don’t throw the cues at someone without teaching them how to deal with them. If it occurred once a month, would I say it’s terrible? No. Would I say it’s optimal? Probably not that either.”

So movies are not the most destructive thing that can be done, but it definitely does not help those who are trying to avoid temptation, especially if they have not been taught coping skills and other ways to deal with that temptation.

Most people who reach the level of outpatient drug treatment typically have experienced inpatient, and in many cases are given therapy and classes to try and help them to deal with such situations.

Still, it is probably fair that patients who feel compromised should definitely not be required to watch explicit scenes involving drug use or alcoholism. Offering it as an option may prove to be innovative. Or it may prove to be insensitive. Will the revolution be televised? Or will there only be more to support the ‘trigger’ theory?

Personally, I’m not sure if it is the best way to go about the business of recovery. Anything and everything was a ‘trigger’ for an alcoholic like me, but it is also unfair to expect people to stare at someone using for hours on a big screen instead of utilizing what time you have them in treatment to give them more exposure to holistic therapy or solution based programs.

Changing the channel might not inspire change in the world, but enough reruns might inspire a relapse. If someone is in drug or alcohol treatment, odds are they would benefit most from learning new ways of life, because it is easy to get stuck in the path of self-destruction. If you or someone you love is struggling with substance abuse or addiction, please call toll-free 1-800-951-6135