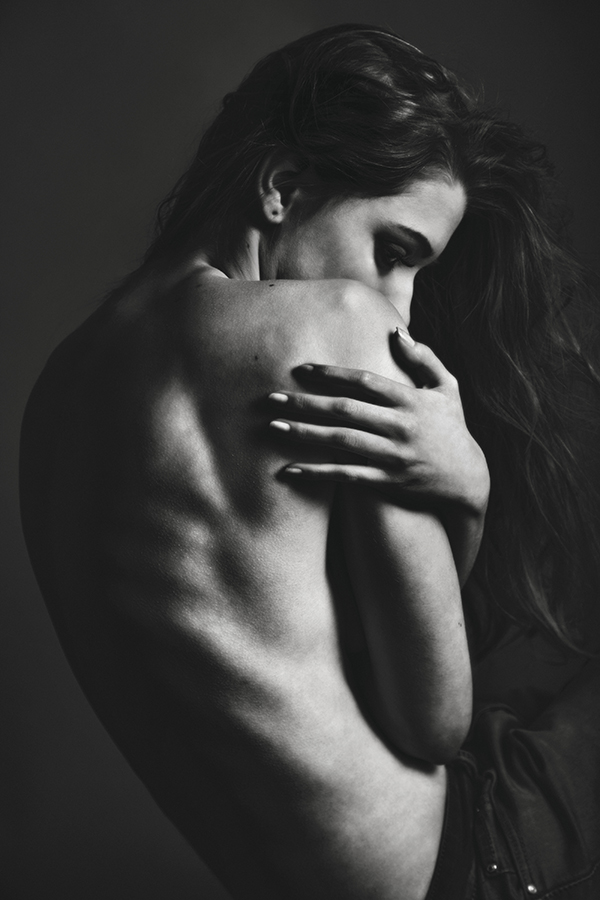 Binging, purging, starving and obsessing. Eating disorders are a harsh and heartrending reality in our world today, and far too many young people, especially young women around the world are in the throes of a distressing and dismal disorder that controls their lives and depresses their health based on the bias of body-image. Even more disturbing at times is the culture built up around them that subconsciously or even deliberately promotes this type of detrimental obsession.

Now there is a new health bill out of France aimed at putting eating disorders out of fashion. The law could be focused on eliminating the glorification of eating disorders, banning the use of dangerously underweight models, and even instating a possibility of imposing jail sentences for those who violate the law.

While France pushes to make this change, other European countries are also moving against using dangerously thin models in their publications. Unfortunately, some photos that appear to promote eating disorders are taken by those who are suffering from them. Participants will frequently post ‘selfies’ to pro-anorexia sites and chart their “progress” in reaching unrealistic and often unsafe weight loss goals, and that has people wondering if the law will go too far.

These new proposed amendments in France were introduced by lawmaker and doctor Olivier Veran, whose interest in the health bill is addressing the issues of rampant eating disorders in the media and fashion industry, specifically among the models that every day individuals emulate.

If these amendments we to be approved, agencies would have to provide medical proof that any models used have maintained what is defined as a “healthy mass-to-height ratio.” This action is meant to keep the designers and directors of this high-class world of beauty and media accountable for their part in promoting health vs unhealthy weights.

However, the proposed bill doesn’t stop at the runway; the new bill attempts to take action against the internet ‘pro-ana’ outlets as well. Included in the legislation would be a clause that criminalizes running a pro-anorexia or “thinspiration” website, and even makes it punishable by up to one year in prison and fines of up to 10,000 euros ($10,615)!

You may remember hearing about a similar bill by Italian lawmakers that was meant to fine or even jail operators of “thinspiration” websites that promote anorexia or bulimia.

The “pro-ana” and “pro-mia” web sites flourish throughout the United States and other countries all over the world, and provide “thinspiration” to individuals struggling with eating disorders in the form of:

The country’s health ministry reports that 40,000 French citizens suffer from anorexia, 90% of whom are women. The changes to the law will be presented in French parliament at the end of the month, with strong support from the French health ministers.

Is this a Violation of Liberty?

While the lawmakers are making these efforts with what seem like all the right intentions, the entire subject spurred widespread dispute when previously introduced in Italy, and it was even protested in the country’s media and among the eating disorder support community.

And this was definitely not the first attempt to tackle the “pro-ana” site issue: similar legislation was already introduced before in France, along with:

None were passed into law.

One concern growing up among those opposing the law stands with the idea that banning these kinds of sites may be in violation of individual’s liberties, especially when it comes to the idea of free speech versus punishing or even imprisoning young women, or any individual struggling with anorexia, for sharing their photos and opinions.

Others say that if you’re going to jail someone for “instigating” it on a website as an online administrator, what is stopping you from jailing the parents when someone blames them for a youth’s eating disorder? As insidious and paralyzing as an eating disorder can be, where do we draw the line between what some consider censorship to protect… and violating the civil rights and freedoms of those we are meant to protect?

While this writer personally finds it horrifying and heartbreaking that these sites even exist, in my opinion self-expression should always be protected. While I may not agree with what someone says, I will defend to the death their right to say it. Many have spoken out against this bill as being insensitive and persecuting the victims of eating disorders. So does it hurt more people to outlaw “pro-ana” or to allow it to influence the impressionable? How thin is that line between “thinspiration” and provocation?

Whether these sites should be shut-down or not, eating disorders are a very real and life-threatening affliction that torments the lives of countless young people across the globe, but there is freedom from obsession and addiction, and a path to a happier health life. If you or someone you love is struggling with substance abuse or addiction, please call toll-free 1-800-777-9588.