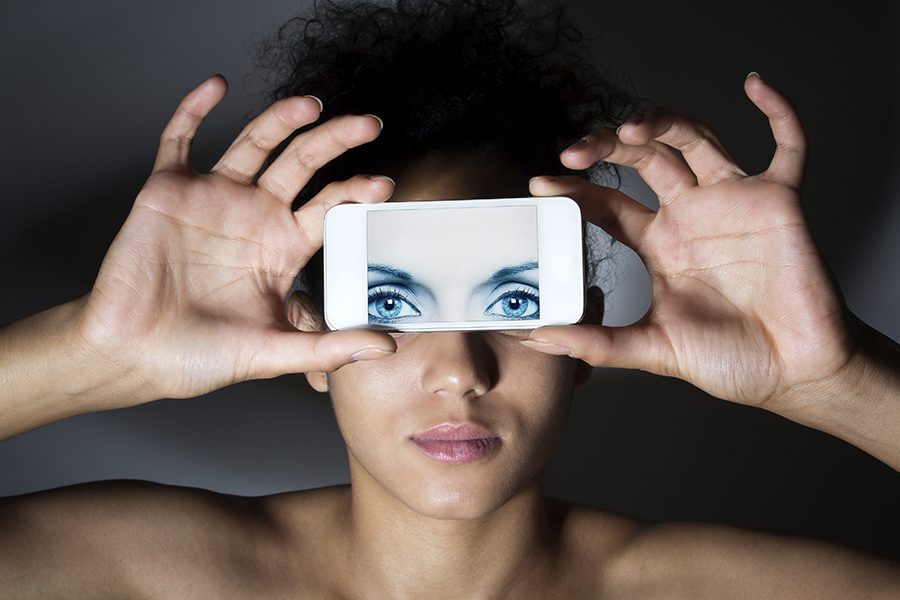 The ‘Selfie’ is an expression of this generation in many ways, both humorous yet frightening. The Selfie itself is being considered in some circles as its own brand of addiction, and could be considered a personality disorder trait, or some kind of compulsive obsession. The same has been said about eating disorders, and I think no one would argue that both are obsessions can be tragic and devastating, so how strong is their connection?

Selfies may seem like a harmless example of how much our culture has changed, or it may seem like another symptom indicative of narcissism. But the obsession among young people in our modern society with capturing and posting self-portraits to social media is reportedly creating a very real rise in eating disorders according to some experts, and that is a truly terrifying truth.

Dr. Alex Yellowlees is a psychiatrist at The Priory Group, which is one of the United Kingdom’s biggest eating disorder treatment providers. Dr Yellowlees has practiced at the Priory Hospital Glasgow for the last 11 years, and says young people today are more vulnerable to the pressures to be thin due to a rising trend of people posting photos of their weight loss ( and often starvation) “progress” online through formats like Facebook or Instagram.

The Priory Group has seen a few indications of this growing concern with eating disorders in the past year, such as:

Dr. Yellowlees believes people’s growing instinct and urge to take and share photos ‘selfies’ is making a fairly large contribution to the increase. He stated,

“Some people will take repeated pictures of themselves at various stages of their illness, and send them to others. They want to keep a record of their illness and see for themselves, as it were, the progress they think they are making towards anorexia, but they will also transmit the images to other sufferers on occasions.”

So people taking photos of themselves through various stages of trying to look thinner through unhealthy means can progressively become part of the compulsive selfie obsession, and with theories about things like Facebook depression and addiction to social media, it seems like a perfect storm.

In addition to the mounting “selfie culture” that the world seems entangled in today, the evolution of technology has its part in feeding the rise in eating disorders. Things like smartphone apps which calculate calorie intake and encourage weight loss, or sites dedicated to “thinspiration” only magnify the harmful habits.

These “thinspiration” sites are online forums where users encourage each other to starve and indulge in other unhealthy weight loss techniques to lose weight. These are often blogs that help serve as a visual and interactive platform for Pro-Ana and Pro-Mia (Pro-anorexia and Pro-Bulimia) communities of young tweens and teens. While work out tips and pictures of fit women are posted, so are the opposite: pictures of rib cages, clavicles and thigh gaps.  Even photos from the far end of the health spectrum – food dripping grease and obese people – are posted, with the goal being to instill ‘disgust’ in the viewer.

The users tend to post their current weight and goals, and use negative self-talk to inspire themselves and encourage each other’s behavior. Dr. Yellowlees states that many of these pro-anorexia and pro-bulimia sites are “definitely still active,” even with the combined efforts to ban them that have been implemented by social media sites and Internet providers. Yellowlee said,

“Eating disorders are like a form of ‘psychological malignancy’ and should be taken very seriously by society. This includes anorexia nervosa, bulimia nervosa and binge-eating disorder. The latter is more common as people get into adulthood and is linked to depression.”

During my research for this article, I investigated a few “Thinspiration” sites, and what I came across was troubling to say the least. Things like blogs about how to properly starve yourself, and comment segments where young people (particularly young women) pledged allegiance to the eating disorders they used to reach their desired weights.

One site even listed what it labeled as the “Thin Commandments” which included such appalling and tragic statements as “being thin is more important than being healthy” and “thou shalt not eat without feeling guilty.”

Visiting these sites, one of the typical center-pieces was a gallery of ‘selfies’ where young women in particular would post self-portraits dedicated to the progression and severity of their eating disorders. While I myself am a recovering ‘selfie-holic’, I’m troubled by how the ‘selfie culture’ seems to fuel this kind of self-deprecating and depressive behavior in so many young people.

While I do applaud people who set fitness goals and strive to make themselves feel better or possibly look different in healthy and positive ways, this is a sad and sickly side of that, in my opinion. Too many beautiful and amazing individuals obsess over their image by constantly sharing and comparing their appearance. It creates this vicious cycle of “take a picture– share it– hate it– hate yourself– hurt yourself– take more pictures (repeat)” and it is heartbreaking young people subject themselves to such harmful strategies. Self-worth determined by an unhealthy lie.

It’s like we as a society are reaching the point where the camera truly does take our souls, slowly but surely, and replaces it with vanity, doubt, envy or disgust until we lose the ability to love ourselves and in turn love others. How many people will starve themselves, just to feed into that selfie culture? How many today will pose for the camera, and tell the world to eat their heart out, so they don’t have to?

Disordered eating and compulsive behavioral issues can be as oppressive and life-threatening as drug addiction and alcoholism, and they can make those suffering just as isolated and helpless. But there are people out there committed to helping you recover from thes afflictions so you can see what a truly beautiful and amazing person you are. If you or someone you love is struggling with substance abuse or addiction, please call toll-free 1-800-951-6135