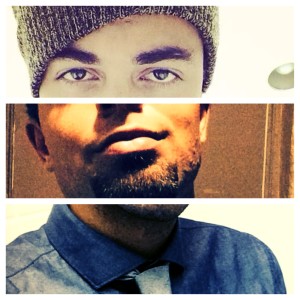 This next piece is one that some might relate to, even though many may not admit it. I have been given the opportunity to discuss something that is relevant to our culture today, my own personal development, and relevant to many people in the recovery community- addiction and narcissism- but first, let me take a selfie! The ‘Selfie’ itself is now being looked at as an addiction and could be considered a personality disorder trait. While I adjust the angle and pick a good filter, here’s some back ground. It has already been determined that we addicts and alcoholics are a special kind of selfish. The general population itself these days is becoming the ‘Selfie Society’ and now that the phenomenon of craving a good ‘default pic’ has become a new addiction, let us take a look at some things that show how closely the symptoms of narcissism relate to us as addicts and alcoholics.

Narcissism is defined as the pursuit of gratification from vanity, or egotistic admiration of one’s own physical or mental attributes, that derive from arrogant pride.

Narcissistic personality disorder (NPD) – is a condition that is estimated to affect one percent of the population. It is suggested that narcissists typically display most of the following traits, which I have included as they relate to the topic of Addiction. I’ll be using one of my personal hero’s and TV narcissist Neil Patrick Harris (NPH) to help me out. I’m still trying to get the best angle for this profile picture.

I know for myself in active addiction my wants and ‘needs’ came before anyone else. If I could see it or not at the time, I had a motive for getting what I wanted out of anyone at any given time. My focus, even when I wanted to pretend I did things for others, was never to give more than I could take. #MyOwnMCM

When I was involved in any kind of relationship, especially an intimate one, it was next to impossible to sustain it. The few relationships that lasted were never healthy and never happy while I was actively using drugs and drinking. Addicts and Narcissists seem to have a very hard time with this, and a lot of times they do their best not to care. #NoNewFriends

Being in active addiction, we are usually oblivious to the state our mind is in and how our thinking process effects us or others. Sure there are periods we feel desperate and bewildered, but more often than not we don’t attach emotional value to it, or we think in ways that we cannot justify or explain and act upon those thoughts without a second guess. My mind works just fine, for a junkie, now hold on while I post this pic. #NoFilter

Hypersensitivity To Any Insults (real or imagined)

I know in my addiction I was sensitive to nearly any accusation thrown my way. Even if nobody was inquiring about my addiction or insulting me personally, all bets were off and everything was a threat if I suspected others were ‘attacking me’. I know if you don’t ‘like’ my pic you’re probably a hater! #HatersGonnaHate

Detesting Those Who Do Not Admire You

As an addict we are sometimes so selfish that we believe others need to look up to us for how much we use, how often we drink, and how we get away with so much. Meanwhile we are typically falling apart at the seams. We KNOW we are better than most anyone has ever been at anything, or at least other addicts, so they should at least thank us for gracing them with our presence, duh! #GetLikeMe

Denial of Remorse or Gratitude

In addiction I did a lot of things I was not proud of, and there were even more things I should have been grateful for. However, being that I was so selfish, I denied acknowledging remorse or gratitude in any area of my life. I did not feel bad for people I robbed, and I was not truly grateful to people who helped me, because after all I can take my own picture and that’s what is important. #AintNobodyGotTimeForThat

Using Other People Without Consideration

This one is probably an easy one to relate to, if you’re in recovery don’t be afraid to admit it if you can recall this kind of narcissistic behavior. Any addict or alcoholic who says they have not done this is probably more of a narcissist than they care to believe. I know I used people for rides around town, for money, and especially for drugs. The narcissists and the addict can closely relate to using and abusing others to fill any need physical or personal, and sometimes we take pride in the manipulation. They should be happy you LET them be used by you! Now I know your phones gonna die, but I need a full-body shot. You can use it as your screen-saver if you want! #TurnDownForWhat