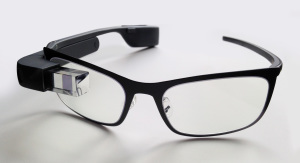 The first reported case of internet addiction disorder with Google Glasses has supposedly been treated, according to a new study published in the journal Addictive Behaviors. One man who reportedly suffered from several symptoms of withdrawal commonly associated with addiction as a result of prolonged exposure to a new piece of technology made by Google that uses a special lens on a pair of glasses as a computer screen. With the story being tied in with the common traits of addiction and behavioral disorders, are we one step closer to seeing the truth behind ‘Generation D’ and the Internet addiction?

Internet addiction is commonly linked with cellphones, laptops and personal computers. This is the first reported case involving Google Glass technology. Google Glass is a type of wearable technology with an optical head-mounted display (OHMD).

A 31-year-old U.S. Navy serviceman checked into the Navy’s Substance Abuse and Recovery Program (SARP) for alcoholism treatment in September 2013, and apparently it was due to his inability to use his Google Glasses. It was noted that he “exhibited significant frustration and irritability related to not being able to use his Google Glass.” The Navy’s 35-day residential treatment requires patients to avoid addictive behaviors including consuming alcohol, drugs, and cigarettes. Even luckier for this individual given the nature of the situation electronic devices are also not allowed during this rehabilitation period.

The man had been using the device for around 18 hours a day, removing it only to sleep and wash. Throughout the course of his treatment there were several instances where the man exhibited behaviors the coincide with any drug addicts experience in a detox period without their substance, which drives home the question as to whether or not our technology is ushering in a new era of engineered addictions.

According to the head of addictions and resilience research with the SARP Dr. Andrew Doan, withdrawing from using the device was more difficult for the patient than abstaining from alcohol. Dr. Doan was also the co-author of the paper on the patient and his treatment. According to the doctor the patient reported that the Google Glass withdrawal was greater than the alcohol withdrawal he was experiencing at the time.

In the two months since he bought the device, the man had begun experiencing dreams as if viewed through the device’s small window. This concept is very familiar to any drug addict who had ever experienced a ‘drug dream’.

In the beginning of his treatment, the patient also apparently suffered from involuntary movements to the temple area and short-term memory problems. Doctors noticed the patient repeatedly tapping his right temple with his index finger, an involuntary mimic of the motion used to switch on the device. This is a lot like the mannerisms and habits developed while abusing substances.

Despite the already insightful and cooperative evidence, Internet addiction disorder is not yet recognized as a clinical diagnosis in the most recent version of the Diagnostic and Statistical Manual of Mental Disorders (DSM), which is the official reference guide to the field of addiction. Regardless, Dr. Doan believes internet addiction is real, and that it’s only a matter of time before research and treatment catch up to support that statement.

Dr. Doan also makes a good point that anyone in recovery should be able to recognize and if they are honest with themselves about it, this is a point that cannot be ignored,

“People used to believe alcoholism wasn’t a problem—they blamed the person or the people around them,” he said. “It’s just going to take a while for us to realize that this is real.”

According to the study, this specific patient has a history of a mood disorder most consistent with:

The man was given an initial residential treatment, after which he noticed a decrease in his irritability, and a drop in the involuntary movements to his temple. The patient also noted improvements in his short-term memory, and in the clarity of his thought processes. The ‘drug dreams’ about looking through the device’s lens did however persist. The man was later released and referred to a 12-step program for his alcohol abuse issues.

Dr. Doan did insist there is nothing inherently , describing the danger of being so exposed to the neurological reward of using the device. “It’s just that there is very little time between these rushes. So for an individual who’s looking to escape, for an individual who has an underlying mental dysregulation, for people with a predisposition for addiction, technology provides a very convenient way to access these rushes.”

“The danger with wearable technology is that you’re allowed to be almost constantly in the closet, while appearing like you’re present in the moment,” he added.

The dangers of Internet addiction should not be ignored, especially with the way technology is advancing. This problem could become more and more relevant in our lives, being that we are commonly referred to as ‘Generation D’ for the great emphasis put on our digital way of life. With people today becoming more and more amerced in technology, suffering from internet addiction disorder may become more common, and as with all addictions there will be innovations to help people recover. If you or someone you love is struggling with substance abuse or addiction, please call toll-free 1-800-951-6135. We want to help. You are not alone.