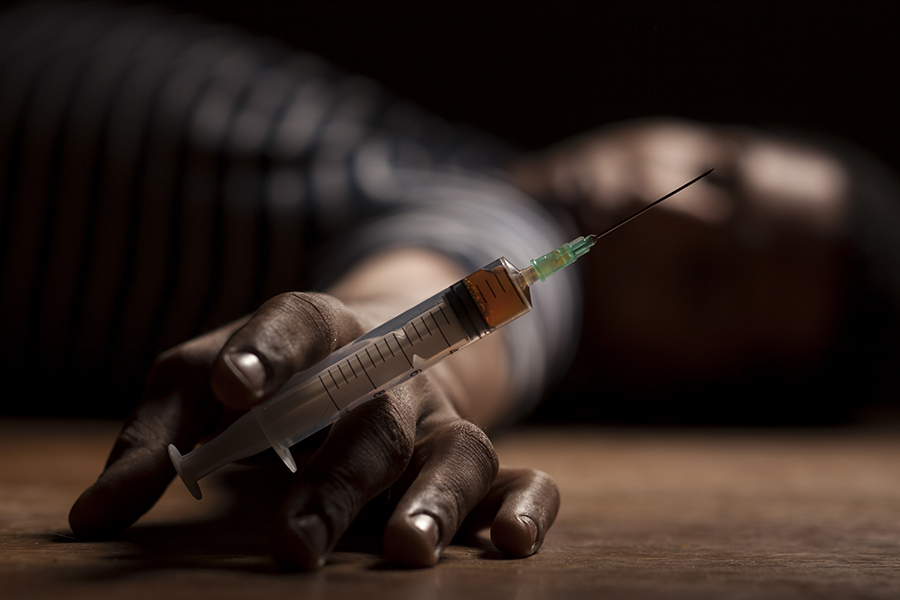 The opiate epidemic has been a pretty regular topic of discussion recently, with both a growing awareness of the issue touching all communities instead of just poor and urban areas, and concerns of the focus of the epidemic shifting from prescription painkillers to heroin use. At one point it was determined that prescription painkillers were public enemy number one, with overdose deaths skyrocketing.

Then as the crackdowns on prescription regulations and pill mills took effect, the problem took another turn and experts noticed a rise in heroin abuse as a result. Now a new report from the Centers for Disease Control and Prevention (CDC) is solidifying the notion of addicts substituting one opiate for another, noting an alarming rise in deaths from heroin overdose in the United States, with the most significant increase occurring between 2010 and 2013.

Reporting the Rise in Overdose Death

The CDC’s National Center for Health Statistics recently released a report that shows how death rates from heroin overdose have actually increased so much they have nearly quadrupled since 2000.

The assessments included in this report are based on the National Vital Statistics System multiple cause-of-death mortality files, and all deaths were classified using the International Classification of Diseases, Tenth Revision.

Between 2010 and 2013 the bulk of that outbreak took root, with the death rate of spiking from 6% in the previous decade to 37% in just that 3 year period alone. 2013 itself saw more than 40,000 people in the United States die from some form of overdose. That year with that kind of number drug overdose (drug poisoning) became the leading cause of injury-rated death in America!

Not all of these cases were the same either. Out of all the drug-poisoning deaths in 2013:

For those of you still under the impression that your neighborhood is any different, be aware that practically every region of the United States experienced a rise in heroin-related deaths. While these reports have determined that the Midwest had the highest increase of 11-fold between 2000 and 2013, it is still safe to assume that heroin has made an impact to some extent in your community.

Researchers were unclear as to identifying a precise reason for the difference in the increases in the Midwest specifically, or for any other rate increases for that matter.

Looking toward the future

Now there are some mixed feelings looking toward the future of what will become of our overdose epidemic here in America. According to a recent study conducted by Columbia University that was published in the journal Injury Epidemiology, the drug overdose epidemic in the United States will actually peak in 2017, at about 50,000 annual deaths.

Chief executive officer of the Associations in Emergency Medical Education Sharon Kelley has openly expressed that government restrictions on the availability of prescription drugs have actually driven many users to either turn to hospital emergency rooms for drugs, or they resort to heroin. The theory is that as we combat prescription painkillers, we are giving that power to another evil.

Harm reduction seems to be making its impression on policy makers, and the importance of effective drug and alcohol treatment is becoming more obvious. Politicians are also going to bat against Big Pharma to try and make more affordable and accessible overdose antidote drugs available to the general population. So for now we have to keep our fingers crossed and show more effort than ever to raise awareness, to wake people in this country up to the reality that heroin and painkillers are claiming more lives than ever before, and that it is up to all of us to do something about it.

Overdose deaths are killing Americans in alarming numbers that only appear to be getting worse and worse every year, and many believe it will only get worse before it gets better. However we all have a choice that can make a change. Just like each death, each life saved can make a world of difference. If you or someone you love is struggling with substance abuse or addiction, please call toll-free 1-800-951-6135