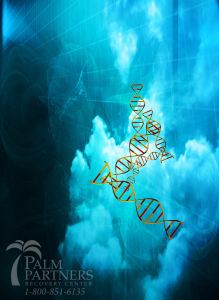 A new study has found that some breast cancer survivors who practice mindful meditation and yoga are able to actually physically alter their bodies on a cellular level, despite no longer receiving treatment. Linda Carlson of the Tom Baker Cancer Centre in Alberta, Canada is lead author on the paper, which was published in the journal Cancer.

An assumption is that these sorts of results have something to do with what’s called the “placebo effect,” which scientists still don’t quite understand fully. The phenomenon refers to the improvement in a patient’s condition when they believe they are getting treatment despite the fact that they actually are not receiving medication with an active ingredient.

The study, which lasted 12 weeks, involved 88 participants who had an average age of 55 years, had survived breast cancer at least two years prior to the study, and were still feeling considerable emotional distress. They had been randomly separated into three groups, with blood samples taken before the start of the study.

The participants in the first group attended 90-minute weekly meetings during which they were guided in non-judgmental awareness of the present moment and as well as in Hatha yoga. They also practiced this yoga every day at home for 45 minutes.

The participants in the second group also met weekly for 90 minute sessions to discuss their feelings, both positive and negative, in a support group setting.

The third group was the control group and only participated in one 6 hour-long workshop about stress reduction techniques.Blood samples were taken from each participant at the end of the study; and there were some quite interesting differences among the different groups.

“We already know that psychosocial interventions like mindfulness meditation will help you feel better mentally, but now for the first time, we have evidence that they can also influence key aspects of your biology,” Carlson said in a press release.

Scientific Evidence that Meditation Changes Us (For the Better)

First thing’s first: a little lesson in science. Telomeres are the protective strands of protein that are found at the ends of chromosomes and they determine how quickly cells age. Telomeres shorten after replication and when they are gone, the chromosome begins to degrade, which is bad for the cell’s health.

After the study had ended, groups one and two, who had attended weekly meetings – whether the support group or the mindful meditation – had been found to preserve their telomere length to that at the start of the study, while the control group, which did not learn and mindfulness, had shorter telomeres.

“It was surprising that we could see any difference in telomere length at all over the three-month period studied,” Carlson continued. “Further research is needed to better quantify these potential health benefits, but this is an exciting discovery that provides encouraging news.”

This study definitely suggests that our minds and bodies can influence each another; that there truly is a mind-body connection, even if it isn’t really too clear how that actually happens.

The next step for this research will be to use a larger study group over longer periods of time in order to see if these results are lasting, or if meditation only provides short term preservation of telomeres. In addition, it has not been made clear whether these differences actually have an effect on the overall health of each participant.

If you are looking for a holistic treatment program to treat your substance abuse, addiction, and or physical and mental health issues, look no further. Palm Partners is a holistic, dual diagnosis treatment and rehabilitation center that believes in treating the person as the whole being that they are, rather than solely focusing on the “parts.” For questions, please call toll-free 1-800-951-6135 and you will be able to speak directly with an Addiction Specialist. We are available day or night to take your call.