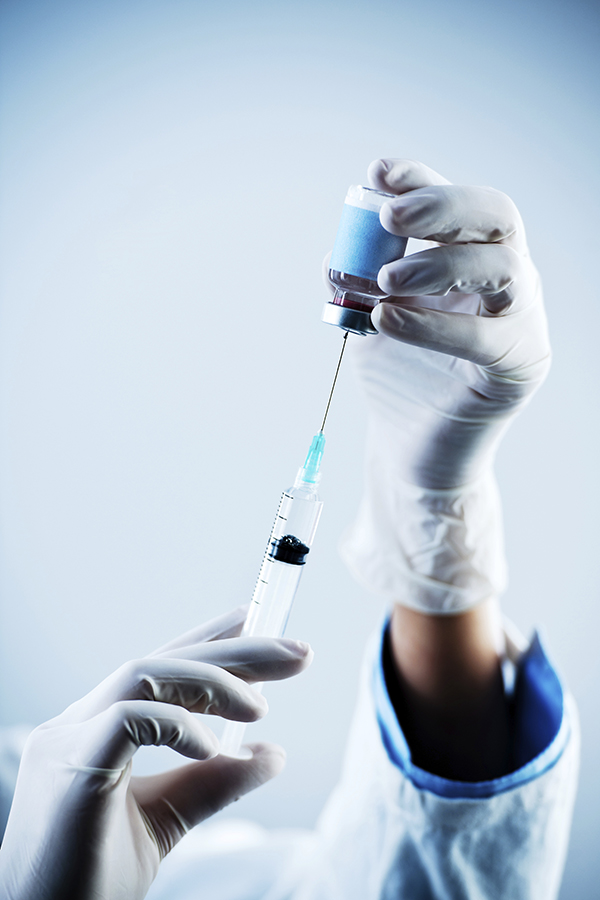 Vivtrol has been called a miracle drug, a shot in the dark, and a waste of money. What more can we say about this presumed ‘heroin vaccine’ that some people resort to in desperation?

Vivitrol is another name given to the generic drug Naltrexone that is often used in the treatment of drug addiction as an opioid antagonist. Naltrexone was originally approved by the U.S. Food and Drug Administration (FDA) for the treatment of alcohol dependence in 1994, and later became approved for the treatment of opioid dependence. While some seem to stand by its usefulness, some still speculate that it is not in itself a solution, and still others claim it is nothing but a temporary fix to a bigger problem.

The medications primary use from treating addiction appears to be blocking the opiate receptors in the brain, so that someone using heroin or other opiate based drugs cannot get high. The idea is that if an addict stays on the Vivitrol regiment then they will be able to avoid the desire to use, and even if they do it won’t work, to further negate their cravings.

Naltrexone was developed to be able to help patients overcome opioid addiction by blocking the drugs’ euphoric effects, but while it was designed to further help by overcoming the cravings for opiates, Naltrexone and Vivitrol have been refuted by many for having little to no effect on opioid cravings at all.

The Vivitrol shot is made by Boston-based biotech Alkermes, and the way it was estimated to best overcome the hurdles of previous methods of Naltexone medication was that instead of being a pill taken once a day like the original medication, which would be easy to ‘forget’ or ‘lose’,  Vivitrol is an injection given every 4 weeks with a monthly doctor visit, and time released for longer lasting relief.

Vivitrol is injected into a muscle and can be given only by a doctor or nurse in a clinic, so the medication isn’t openly available for abuse. Most people using this course of treatment are warned that it is important to receive injections regularly to get the most benefit.

This drug also has the potential to be very dangerous to those with liver problems. Vivitrol is warned to have the ability to cause hepatitis, and it can even cause rapid withdrawals if the individual hasn’t waited at least 7-10 after stopping the use of opiates to get the shot.

Vivitrol has shown some promise in the past. In a 6 month clinical trial study there were 401 individuals on Vivitrol who completed the trial, and 17% to 25% showed a greater decrease in drinking days than those on a placebo, but only 38 of the 401 were abstinent. So if fewer than 10% of those who got the benefit from the shot achieved abstinence the drug appears to be at best successful for trying to promote ‘controlled drinking’ but NOT abstinence.

Any medications have draw-backs, and first let’s talk about the price-tag. According to some reports the Vivitrol shot also costs about $800 to $1,200 dollars! A big upcharge from the original $11 a month the Naltexone pill was going for. The up-side to that is that the number of health care insurance providers helping pay that bill is increasing, so there is more support than ever. Still the medication’s cost can present an issue for a lot of addicts.

A 2011 review of studies suggested that Naltrexone was not significantly superior to placebo (medicine prescribed for the psychological benefit to the patient, deceiving patient into thinking they’re receiving medication) or to no pharmacological intervention. Naltrexone was also determined not to be superior to benzodiazepine or buprenorphine for treating an alcohol or opiate addiction.

Over-all the poor quality of the reviewed studies forced the authors of the review to determine that there was insufficient evidence to support Naltrexone therapy for opioid dependence.

I wrote this blog after hearing 2 conflicting opinions on this kind of opiate addiction treatment. One person actually reached out to me after reading a article I wrote about the heroin epidemic’s current death toll, and she went on saying,

During a later conversation she expressed that she felt it was a better treatment experience for her than suboxone, and that she had no withdraws while taking it. It is great to see that kind of confidence from an old friend in early recovery, and I’m so glad to see someone doing something that has changed their quality of life.

Some people seem to benefit from this kind of medication maintenance, and in some reports it has shown that through study periods it has been effective, but what about when that study period is over? Do you have to take the shot forever?

A close friend of mine we shall call ‘Spade’ stated that he had a very unsuccessful experience with Vivitrol, and that while it may work for some people, a ‘real deal’ addict or alcoholic can’t rely on it. When I asked him what it was like, the first thing he said was one word,

After talking about it he concluded that for him it was a complete waste of a lot of money, because he craved heroin and kept trying to get high anyway. Both people I interviewed actually said that some people who use Vivitrol will keep using heroin and other opiates, and because they don’t feel the effect they will actually use until they overdose. The website for the medication even warns you may be sensitive to lower amounts of opiates than you were using previous to the treatment!

Spade recounted incidences where he knew people who used the shot for months and it worked, but when they stopped taking the shot and there was no other solution in their life, they would relapse. He said while the shot may help some people get their start, it is not a reliable recovery plan.

My opinion- for a ‘real deal’ alcoholic/addict like me or Spade it’s a Band-Aid on a bullet-hole. Don’t get me wrong, my opinion isn’t a doctors opinion, and whatever works for people is awesome and I am grateful they have a resource. It helps people, and that is good enough for me. We all have to chose our own path. But in my mind addiction is not just a physical problem with a miracle medicine solution. As I understand it, it’s a mental obsession or even a spiritual disease, and in my experience it takes a program of action for a fulfilled life in recovery.

There are all kinds of strategies for recovery out there, and everyone has to walk their own path. Examples of any maintenance medications being a successful factor in lasting recovery are typically accompanied with some form of behavioral therapy and/or drug treatment program, and an aftercare program. There is no miracle cure for addiction yet, but there is real treatment with real solutions. If you or someone you love is struggling with substance abuse or addiction, please call toll-free 1-800-951-6135