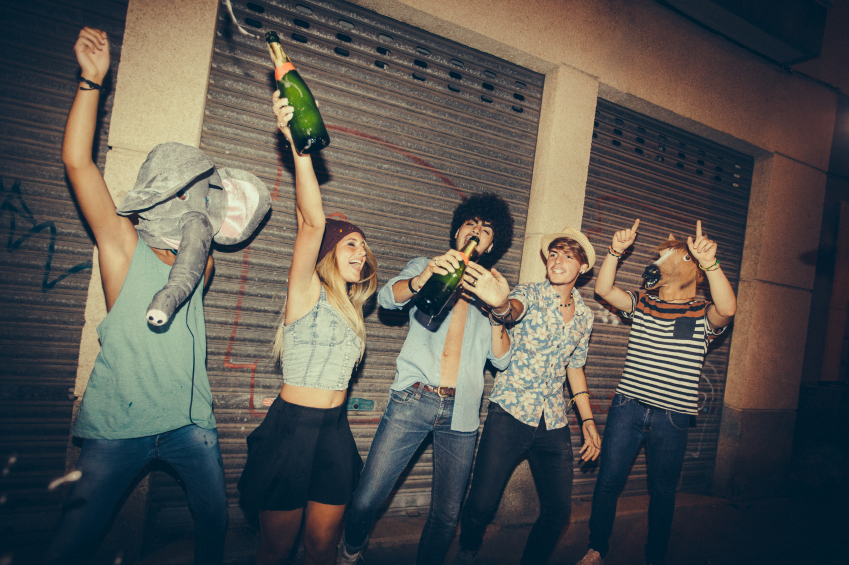 Could lowering the drinking age from 21 to 18 lead to increasing the high school dropout rate? A new study believes so. The study first published in the latest issue of The Journal of Studies on Alcohol and Drugs, examined dropout rates before the minimum drinking age was raised to 21 in 1984. Researchers discovered that 17-year-olds were affected by their 18-year-old peers because allowing 18 year old students in high school to have access to alcohol increased the chances that younger students would drink.

The lead author, Andrew Plunk observed that there was a 3% jump in dropout rates when the drinking age was 18. He also noted that “At-risk” groups like African Americans and Latinos had a 4% increase in dropout rates. Even more staggering, the dropout rate jumped by 40% for students whose parents had a drinking problem.

With 3.3 million teenagers expected to graduate from high school this year, a 3% jump in dropouts would amount to an additional 99,000 dropouts across the country. In a news release, Plunk stated:

“The minimum legal drinking age changes how easy it is for a young person to get alcohol. In places where it was lowered to 18, it’s likely that more high school students were able to get alcohol from their friends … if we lower the drinking age, it suggests to me that we’d see this same dropout phenomenon again.”

Despite the research, many colleges and even certain states have spoken in favor of lowering the drinking age to 18. Back in 2008, over 120 college chancellors and presidents signed a petition in favor of the idea.

Of course, there are a number of external environmental factors that might affect the connection between dropout rates and lowering drinking age. Despite that, Plunk still believes that a reduced drinking age could have an impact on minors. He states that laws need to remain in place to protect people are 15, 16, and 17 years old most vulnerable.

Next, we have to consider other countries that have a lower drinking age. Like me, you might be arguing that countries in Europe tend to have lower drinking ages and do just fine with them. Apparently, that’s a myth.  Plunk says that previous, separate research has revealed that European you do in fact have their share of alcohol problems.

So what about Europe? The US is always compared to Europe and we’re told that men and women have their first drink at an early age and develop a healthier relationship with alcohol. Well, according to Plunk, that’s a myth that won’t die. Plunk responded to the question posed by Medical Daily in an email. He said that previous, separate research has shown European youth do have their share of alcohol-related problems.

Truthfully, more research is needed to be done to understand the true problems underage drinking could have on a country. When it comes to protecting youths from the harmful dangers of alcohol misuse, the CDC says that it will require community-based efforts to monitor the activities of you and decrease youth access to alcohol.

Alcohol abuse is unhealthy no matter what age you are though. Don’t let your alcoholism turn your life around. Get help for your addiction. If you or someone you love is struggling with substance abuse or addiction, please call toll-free 1-800-951-6135