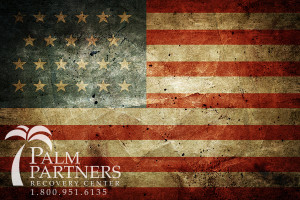 While the 2008 Department of Defense Health Behavior Survey reports a general decrease over time in tobacco use and illicit drug use amongst its military personnel, it reported increases in other areas, such as prescription drug abuse and heavy alcohol use. In fact, prescription drug abuse doubled among U.S. military personnel from 2002 to 2005 and almost tripled between 2005 and 2008.

Not surprisingly, alcohol abuse is the most prevalent problem and one which poses a significant health risk. A study of Army soldiers screened 3 to 4 months after returning from deployment to Iraq showed that 27% met criteria for alcohol abuse and were at increased risk for related harmful behaviors, such as drinking and driving and using illegal drugs. And although soldiers frequently report alcohol concerns, few are referred to alcohol or drug rehab for veterans or for active duty soldiers. Research findings highlight the need to improve screening and access to care for alcohol-related problems among service members returning from combat deployments so that services such as drug rehab for veterans are made accessible.

Mental Illness and Addiction in the Military: Drug Rehab for Veterans

Mental illness among military personnel is also a major concern. In another study of returning soldiers, clinicians identified 20 percent of active and 42% of reserve component soldiers as requiring mental health treatment. Drug or alcohol use frequently accompanies mental health problems and was involved in 30% of the Army’s suicide deaths from 2003 to 2009 and in more than 45% of non-fatal suicide attempts from 2005 to 2009.

Self-medication is a large part of addiction. Vets suffering with mental and behavioral issues such as PTSD, depression, and anxiety often turn to alcohol and other drugs as a way to cope with their troubling thoughts and feelings. This way of coping then leads to physical dependence and ongoing substance abuse. Before long, it has become full-blown addiction. Soldiers in active duty as well as vets are at a higher risk than the general population when it comes to developing a mental illness and consequent drug problem. And therefore can benefit from drug rehab for veterans.

Being in combat situations, losing fellow soldiers, and coping with life after military service can be a very difficult transition for many. Some vets turn to alcohol and drugs to deal with their experiences. Drug rehab for veterans is a much-needed resource for our men and women returning from overseas.

Research and Drug Rehab for Veterans

To address the social problems both caused by and contributing to drug use, the National Institute on Drug Abuse NIDA-supported researchers are developing and testing novel treatment approaches with veterans. In one project, researchers are using smart phones and wearable wireless sensors to record real-time responses to stress among veterans suffering from addiction and trauma. The data will be compiled and analyzed to detect patterns of responding that predict relapse. Included on the research team are psychologists working to create interventions that can be delivered by smart phones to help deter patient drug use as a response to stress.

The Solution: Drug Rehab for Veterans

Drug rehab for vets is an important resource that can save lives and keep our veterans out of the criminal justice system when all they need is support in putting their lives back together after experiencing undoubtedly traumatic situations and the resulting devastation of substance abuse or addiction. If you or a loved one is seeking help in the form of drug rehab for veterans, please call toll-free 1-800-951-6135.