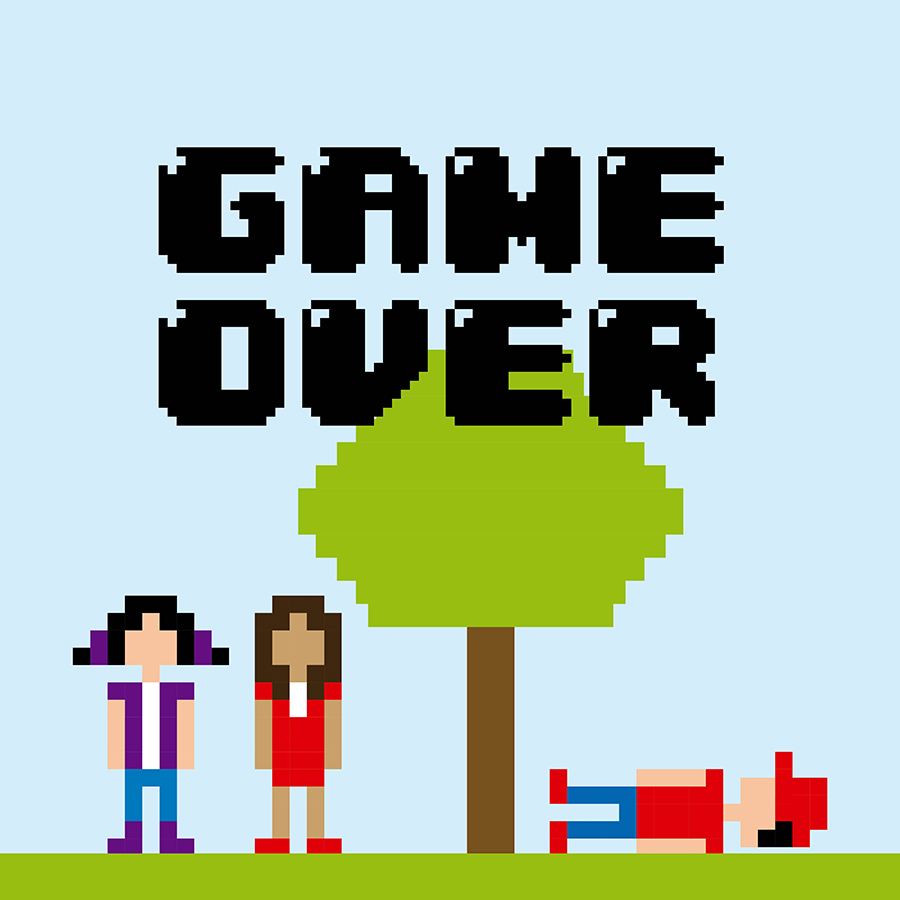 Eating disorders are no joke. While I am the first one to admit I enjoy a touch of dark comedy and satire once in a while, I still see a certain degree of consideration as a vital part of being a human being, and recently there has been a lot of uproar about the lack-thereof with a blatantly cold and crude video game entitled “Rescue the Anorexia Girl” that has offended so many people it has found itself removed from Amazon.com.

The tasteless computer game “Rescue the Anorexia Girl” that was stirring up controversy from the moment it went on the market this year mocking anorexia sufferers was made by SmartTouch, but most people don’t see anything smart about this and Amazon.com has taken a stand against this tasteless display of discrimination and ridicule by pulling the game from its platform.

The games format is based off a well-known concept most commonly compared to a whack-a-mole game. But in this version instead of hitting a mole with a mallet, players are prompted to throw food at a female character. As if that was not enough to disgust the masses, the game developers added insult to injury by designing the game so that if the food doesn’t reach the female character, she continues to lose weight until she eventually starves to death… yea, because that’s not offensive, right?

In the introduction the designers note:

“Anorexia is a serious disease and fatal if not cured in time. When you have anorexia, the desire to lose weight becomes more important than anything else. For example, a girl from new Rescue the Anorexia Girl game has started to renounce meals and even tasty cakes cannot save the situation. But now you have come, brave hero and you can save her. We believe in you!”

If this game doesn’t scream ‘offensive’ to you, I’m not sure what will. There have been times that others have tried to make light of eating disorders, even those who have suffered themselves through mediums such as television series, but this game has pushed past the point of self-acknowledgement and raising awareness to abhorring indignity. The game is practically an extreme and aggressive form of “thinspiration” tactics that are so harmful while pretending to be helpful.

One of the many implications the format makes is feeding into the stigma that eating disorders like anorexia are only a female problem by making the only character in the game a woman. It may be true that women do make up the majority, but there are men who struggle just the same as they do, and it has actually become a silent epidemic in our culture that we seem to sweep under the rug and do push-ups over to mask insecurity with masculinity.

Next, they imply that this woman needs a ‘hero’ to come save her by force-feeding her?! As if the only treatment there is for anorexia is to make someone suffering from this serious disorder eat, regardless of how degrading the methods may be, and that you will be her ‘brave hero’. Maybe instead of a hero, she needs consideration and support through counseling and treatment. But nah, just pelt her with pastries and she’ll be OK, right? It implies that this is a choice, not what many describe as a brain based biological disorder.

And finally…. why would anyone think it was funny to show someone starve to death? Why is it that we would find it humorous to watch this woman kill herself by starvation, even if she is an image only dropping weight pixel by pixel, why would we want to belittle and simplify the devastation caused by anorexia? Death by anorexia is more than a character dwindling, and whether these developers know or not, eating disorders have the highest mortality rate of any psychological illness.

Not long at all after the game became available online the product review on Amazon was flooded with negative reviews and angry comments from both concerned individuals and organizations. Kelly Bradley noted that,

A great number of people in recovery from anorexia and bulimia also expressed concern that the game simplified an eating disorder that is too frequently stereotyped but is actually far more complex, and this disgusting game only further stigmatized those who are suffering from this disorder.

Brian Cuban, author of Shattered Image is a man who struggled with an eating disorder for over 27 years, and on his blog he commented,

“The science of eating disorders is firm. They are biologically based and not a choice. Simply feeding ‘anorexia girl’ isn’t going to cure anything.”

Amazon has not publicly commented on their decision to pull the game, but it did so quickly following the complaints. Also Barnes & Noble has removed the game from their online marketplace as well, but the game is still available on the Android platform. Hopefully not for long, as may expect it to be removed in the coming weeks due to negative backlash.

Let me just conclude this by saying that as someone who prides themselves on having a pretty strange sense of humor, and as someone who can appreciate the irony of satire, I’m personally appalled by this product. This is a sick joke about very sick people that is not at all funny, especially considering one of the primary issues with this disease is based in perception and body-image. Less should be done to make people laugh at this, and more should be done to make people aware of it.