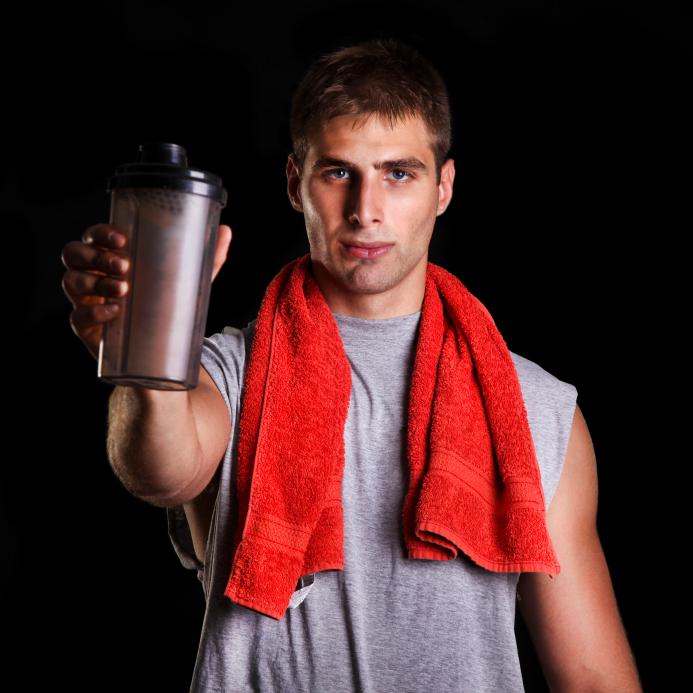 Could a workout supplement help treat meth addiction? According to recent research, this may be a real possibility. Researchers at Montana State University just launched a study to determine if the supplement creatine monohydrate could treat dependence to meth.

Creatine is an insanely popular muscle building supplement well-known in the fitness industry for its ability to help with gaining muscle mass. Creatine works by allowing the body to produce more energy rapidly. With more energy, you can train harder and that produces faster results.

It was interesting to read that a supplement so popular in the fitness community could be beneficial for meth addiction. Furthermore, Tracy Hellem, PhD, an assistant professor of the College of Nursing at Montana State led the study to examine the amino acid’s efficacy in reducing symptoms of depression and anxiety in meth users.

Participants in the study were male and females between the ages of 18 and 59 who had symptoms of depression and anxiety. They were given eight weeks of treatment with creatine and two follow-up visits. The results were positive.  Participants who suffered from mental illness and used meth found that the drug helped them by boosting their energy levels and decreasing their appetitive. The drug was also able to create the need to sleep. However, consistent use also led to feels of depression which increased the user’s intake of the drug.

Hellem first thought of the idea of treating meth addiction with creating when she was finishing her studies at the University of Utah. During her studies, her professor of psychiatry, Dr. Perry Renshaw, had used magnetic resonance spectroscopy (MRS) to determine that people with mood disorders and substance abuse issues actually had deficiencies in their brain cell production. As a result, both Renshaw and Hellem hypothesized that creatine used by athletes to build body mass and strength, as well as energy and stamina, might also reduce the depression and anxiety in these individuals.

The study was initially successful in producing favorable results which prompted more studies like this one just released. The current study included patients with anxiety disorder as well as addiction to methamphetamine.

“This will be the first study of creatine that includes a triple diagnosis: depression, anxiety, and methamphetamine dependence,” said Hellem.

Creatine is one of the most researched sports supplements and has gained immense popularity over the few years as more fitness professionals are recommending the supplement for its muscle building potential. Creatine has been proven to work for activities like weight training, sprinting and other sports. It is effective in helping build muscle fibers in those who combine the supplement with exercise. Some side effects ranging from cramping to kidney problems have occasionally been reported however for most people, creatine is very safe to use.

Overall, creatine could be an effective supplement to use to help aid with meth addiction; however it is not a cure, simply a treatment option. There are a lot of nutritional options to help with rebuilding energy depletion when overcoming symptoms of withdrawal. It seems as though the supplement would benefit with treating symptoms of withdrawal and dependence due to its energy lifting properties. The more healthy a person feels, the better chance they have of a full recovery.

Still, it is only one part of the equation of treatment and a person with a meth addiction should treat their condition in s trained professional atmosphere with careful monitoring.  Still, learning different options that can aid with the recovery process is very beneficial as a whole. If you or someone you love is struggling with substance abuse or addiction, please call toll-free 1-800-951-6135.