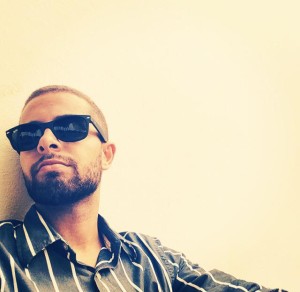 The Day Before I Relapsed

I consider myself one of the lucky ones. I made it back. My relapse was a quick collapsing of my ego and my false sense of self-defined security. What I’ve set out to describe in this article in as many ways as I can is the mind-set, feelings, and actions leading up to my relapse. Pride comes before the fall, and this is especially true in my case.

In this story I will try to generally depict the 24 hours leading up to my rejection of my recovery process and the resulting loss of my continued sobriety. This relapse did not happen overnight, and I will do my best to allude to the actions and lack-there-of leading up to that moment. This was not at all an accident, and to go back to substance abuse and addiction is not by any means a requirement in recovery. I hope this article will shed a little bit of light on the process of relapse for someone out there.

This is not an exact account of the day, I obviously didn’t document the whole thing, but there are general moments of the day I can refer back to and recall the chain of events. I took steps in the wrong direction for a few months leading up to that miserable choice that I will try my best to compress into this summary of the day before I relapsed.

I probably dragged myself out of bed, because by that time running late had become a regular thing, and I was sleeping in later and later every day. If I had been paying attention to keeping with a spiritual solution and working a program I would have gotten up early, prayed for a few minutes, and meditated while my girlfriend at the time made coffee. I was always a few steps behind after I initially stopped praying. I had started to resent my partner at this point, because she was proud of me for being clean and sober until now, but I had left my halfway house in South Florida and came back to Columbus, Ohio (against my sponsors suggestions) just to show off how amazing my life was now, and I regretted it. Everyone was excited, but I had immediately started the back slide.

When you wake up and the first thing you can think of is guilt because only you know what you have planned, you should reach out for help. But I can remember that feeling, and how I just avoided eye contact with anyone and direct conversations until I was dressed and out the door for work, because I did not want to be talked out of it.

I had called around to see what my old (using) friends were up to the night before. I had already gotten my old ‘suppliers’ number from a mutual friend of a mutual friend, and was planning to call and let them know I was stopping by after work on Friday (of course, because that was pay-day) to ‘visit the family’. I had been justifying using for days, and telling myself that I was just going to go see the old friends so they could see how well I was recovering. My drug-dealer was going to be so happy for me, right?

I had only been at work for 2 and ½ hours and I was already sick of it. While living in a halfway house I had cleaned off dinner tables for like $4 per hour plus tips and walked to work. In Ohio I had a car that was paid for, and a job making more than I had ever made hourly as a supervisor in a warehouse, but I was sick of it. After all, I deserve better! Plus that car was OK, but it was old and had a few rust spots. The doors were tricky and the radio was old, so I was better than that too! Instead of being grateful for the car and the great job, I hated the job for not paying more so I could get a new car that I thought I deserved.

I took my first break from my shift about 10:30 AM every day. I always sat in my car and tried to add up the hours of the pay period, and how much money I would have left to spend getting high and drinking. Even though part of me was saying I was not going to do that, not after making it this far and after all the hard work, in my logic I wanted to be sure I had money ‘just in case’ I needed to grab something on my way home.

There was no doubt about it though; I was definitely going to get something. I had been home for 2 months, and in this time I had started to regret ever leaving Florida. The halfway house and the people there were like my other family. My roommate, my best friends, my sponsor had become like brothers I had never known. They had told me that I would need to immediately get a new sober support system, but my old friends in Ohio were all I thought I needed (even though they ALL got high or drank), and with no humility and no willingness I was not going to try and meet new people in recovery. I didn’t need them, I was cured!

On my way home, I would always reflect on the misery I was sinking into. My praying and practicing my principles were nonexistent, and I rested firmly on whatever laurels I thought I had. But the more I thought about going to a meeting and getting some numbers, the more I convinced myself it was too late. My recovery had been left behind the moment I selfishly stepped onto the bus that took me away from Florida before I was ready. Driving the piece of junk (I should have appreciated) instead of getting off the exit I knew I could find a meeting from, I recalculated the route I needed to take the following afternoon to get to my ‘suppliers’ house.

Even though the lie was obvious, I still tried to tell myself that it would be different. I was only going to say hello, I was STILL trying to convince myself I was in control. And even if I did buy some drugs or drink with them, I was going to be smarter about it this time because I had worked so hard and learned so much! I would be better, because I had earned it, right?!

All night the obsession to drink and use, and to hurry through the next day and get paid, was hanging over my head. I tried to pretend to be interested in other things around the house, but in reality I was just fighting myself in my mind. Despite everything I had learned and experienced first-hand, I could not overcome the need to escape myself. In my experience relapse definitely was no spur of the moment accident, it was a drawn out and painful process of forgetting where I came from.

I knew in those moments laying my head down to sleep that I was doing the wrong thing.  My right mind pleaded with what was left, and tried to remember the desperation of drinking and using before. I tried to remember how close I was to dying, how many people I had seen die from addiction and alcoholism, and how likely it was I could die this time. But with it came the feeling of guilt that surrounded me after I abandoned the program that helped save my life, the people in recovery who had helped build me up when I had spent years killing myself, the principles I had promised my family I would try to live by…

… but most importantly I had abandoned my spiritual connection to what you can consider Divine Consciousness, a Higher Power, the Spirit of Life. I had shut out the things I knew I needed to do to stay close to that influence and inspiration. I was no longer grateful or trusting. I was afraid, and in a room full of family or friends I was alone all over again.

Like I said, I got lucky, I knew better but I tried and failed intensely to drink and use ‘successfully’. After almost 3 months my life was worse than it had ever been. But thankfully, as close as I was I did not die out there, and I made it back to a place of peace and progress- thanks to the program of recovery, the people in the fellowship, and sober community that I have actively joined in hopes I can help others.

Palm Partners has a staff that reached out to me, and they helped me get out of the mess I had made for myself after that relapse. I was going to die if I had stayed out there, and I knew it long before I relapsed but I refused to acknowledge that recovery is more than abstinence or moderation for some. It is commitment to something bigger than me. It is helping others, and it takes a little faith. Palm Partners helped me get that back. If you or someone you love is struggling with substance abuse or addiction, please call toll-free 1-800-951-6135