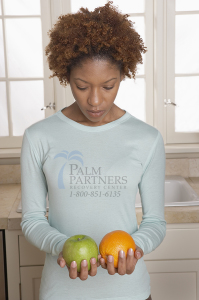 If you’re worried you don’t measure up, that could actually be a sign that you do.

There’s an old philosopher’s riddle that ponders whether you can ever really be sure that anyone else has a mind at all. The truth is: you can’t. Now, this can be quite a terrifying thought, one that might trigger an existential meltdown. On the other hand, when it comes to creativity, it’s a hugely liberating realization.

It’s in our human nature to compare ourselves with others as well as categorize people and things. It’s how our brains work. And, whether we’d like to admit it or not, our happiness depends, in part, on thinking we’re better than others. In fact, studies have shown that a good many of us would choose to earn less money overall if it meant that we’d be earning more than our co-workers. When it comes to our creativity and the products of our creative efforts, we judge these in a similar fashion. We perceive the products of our creativity as successful if they’re as good as or better than that of other people.

The problem with this is: we’re comparing our insides with other people’s outsides. Perhaps the old adage ‘comparing apples with oranges’ best describes it.

So, for example, you’re waiting your turn to give an important presentation at work and you feel like a panic-stricken mess on the inside. Your co-worker (and rival), on the other hand, is up there, killin’ it with his presentation, making you feel all the more nervous. The thing is, he could be just as much of a mess inside as you are. And you’d never know it.

And, in fact, if he’s really good, he probably is panicking on the inside. According to research on this very subject, the: the more successful you become, the more likely you are to interact with ever more talented and successful people, which, in turn, leaves you feeling even more inadequate by comparison. This is something called “impostor syndrome,” and it may get worse as people get better at what they do.

False Advertising: The Problem with Comparing Yourself to Others

Deep down, the fact of the matter is that we all feel like we don’t know what we’re doing; it’s not just you. The late Maya Angelou, renowned as a novelist, poet, and memoirist has said, “I have written 11 books but each time, I think ‘Uh-oh. They’re going to find out now. I’ve run a game on everybody and they’re going to find me out.’” That said, Ms. Angelou was not only remarkable for her talent, she was equally remarkable in that she was willing to admit that she didn’t feel authentic in her talent.

It can be difficult to remember this stuff, especially in this digital age where people love to humble-brag via social media such as Facebook, Instagram, and Twitter. But, keep in mind, people are selective at what they share (hence the term ‘humble brag’), putting only their best foot forward – and probably embellishing it at that. Of course we’re only seeing their lavish dinners, exotic vacations, the finished projects, and glowing testimonials from satisfied clients. What we’re forgetting is that these people are human, like us, and so there’s a whole lot that they’re not sharing: the sleepless nights, spousal arguments, the moments of despair and self-doubt.

What I’m saying is, take everything with a grain of salt but, don’t hold yourself small, either.

It’s important – and healthy – to have standards for yourself, that are in line with your personal values and morals. But, be sure to manage expectations and create goals that are within reason. It’s vital, however, to never take other people’s facades as reliable evidence of what’s really going on inside.

Remember that everyone else is just as unsure and full of doubt at times as you are. The thing is, we all jump into the deep end at times. This is a good thing. It’s way more exciting and invigorating to be a small fish in a big pond instead of the other way ‘round. That would be boring – and stagnant – with no room for growth. Without growth, there’s no life.

Sick and tired of being sick and tired? Ready to make a change but fearful of change at the same time? That’s completely normal and, many people have done it and are currently doing it. It might be scarier than hell to think of doing anything differently than you’re used to doing but, it’s time for a change and change is possible. Call us today toll-free at 1-800-951-6135. An Addiction Specialist is waiting to talk to you and answer your questions.