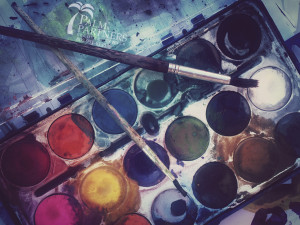 Is it a muse to self-medicate? Do artists, musicians and other innovative thinkers have a defective piece of the personality puzzle that makes us more vulnerable to drinking and drugs? Creativity is an art of the imagination that some believe may be both an amazing gift and a self-destructing curse, due to the fact that so many suspect creative types may be more susceptible to developing addictions. Scientists and psychology researchers have pondered for years the link between creativity and mood disorders and mental illness such as depression and bipolar disorder. And in the same light there has been much speculation as to the roll of addiction and alcoholism in the lives of great artists, writers, actors and other inspired minds.

Part of the body’s internal rewards system is regulated and stimulated by neurotransmitters that experience activity through dopamine, a pleasure chemical released into the brain through certain activities. It has been suggested that both creativity and addiction are both created by diminished dopamine functioning.

According to neuroscientist David Linden of Johns Hopkins University School of Medicine there are several factors that weigh in on both addiction and creativity, but this is in no way a sure fire formula for addiction. So as far as Lindens theories are concerned there is no direct link, however he states there is a noticeable connection between addiction and things which are typically perceived as a prerequisite for creativity.

Very specific genetic variants make for the low-functioning dopamine system, specifically the brains D2 receptors. If you carry these variants, you are more likely to exhibit behaviors like:

None of the above listed characteristics are exclusively credited to creative thinkers, but they are attributes that are symptoms of creativity and addiction. Luckily there is the upside to these traits that come from having low dopamine function, because they can contribute to people having great success in the world out of a thirst for fulfillment through actively creating and striving.

Genetics is not 100 percent of the source of creativity, or addiction. In fact genetics maybe contributes to about 40 percent of the equation in any respect. It’s possible to carry the variants and not be an addict, and it is possible be an addict without these variants. The individual’s environment always factors in. So in a matter of science thus far there is no evidence that addiction is a product of creativity, although chemically they have very similar designs.

There are a lot of indications that creative types on average have a great possibility to develop substance abuse issues, but to say it is the reason for addiction is not true. Sadly this pattern is a self-fulfilling prophecy because many artists and creators believe that they are more inspired when intoxicated, and so they spend more time drinking and using drugs because they feel they need it in order to produce quality work.

Many artists fear giving up their addictions based on the belief that their imagination and muse comes from their substance abuse, and that once they sober up they will lose their creative character. Historically this is typically the opposite. Whenever there has been an artist who spent a great deal of time creating while in active addiction and then they gave it up, their work actually got exponentially better. When author Stephen King gave up his alcoholic life, he wrote his best work to date. Painter Jackson Pollock shaped his most famous pieces during a 2 year period of sobriety.

Ultimately there is not enough concrete evidence to support the idea that creativity enforces addiction, but there is most likely a connection in the creative types and the personality types that statistically become addicts considering the links between mental illness and creativity, and the generic parallels between addiction and creativity. Like being creative is actually the most beautiful form of mental illness.

Creative passion and that mode of out-of-the-box thinking is commonly credited to individuals who are said to be more thoughtful and original. Their ability to create and express themselves in many ways that give the rest of the world new music, art, poetry or even science is very much a product of their ability to perceive the world in a unique way, and develop new ideas based off the appreciation they show to the things others often miss.

Essentially, because addiction is also a disease of perception it is easy to see how people would relate the causes and the effects of addiction closely to creativity. Both blaming creativity for addiction, while persisting that creativity is a bi-product of substance abuse. That second thought is most definitely NOT the case. Drugs and alcohol actually damage the minds capabilities to generate new and unique concepts.

In order to maintain creative passion in sobriety, there is plenty of work you can try to use to stimulate those senses you may have told yourself you have lost.

All in all it is understandable why people would assume to relate addiction so closely to creativity. With so many celebrities and artists in the world notorious for substance abuse, and with countless tragic deaths of talented men and women over the years from drugs and alcohol it is natural that people would wonder if the individual with an active imagination is more prone to become addicted to drugs and alcohol. With the stigma that substance abuse also inspires creativity this also makes sense, but at the end of the day there is only a slight indication that it really matters at all. Addiction, mental illness, and creativity are all about perception, and how our perspective influences us to live our lives.

Personally I used believe I was doomed to addiction because I was creative. My passion for art and music must have meant I was destined to be an alcoholic and drug addict, but once I found recovery I realized that this was just another cop-out I gave myself to not stop drinking and using. If that were true, I should have started up an ‘Artists Anonymous’ group. Then when I got sober I was terrified I had lost the inspiration needed to do those things, but I actually rediscovered a new-found respect and passion for the arts and music I loved so much that are such a big part of who I am as an individual. So in theory it may be that artists statistically are prone to depression, and depressive people are more prone to addiction. However I know that these conditions can exist all on their own, and I can exist on my own now without drugs or alcohol, and I see life through an artist perspective more than ever.

Having an inventive or artistic muse is not a requirement or a result of addiction. While it may be true that a noticeable amount of people experiencing addiction are creative and talented individuals, there is still a vast majority of creatives who are not addicts or alcoholics. Either way, whether a creative type or not, an addict or alcoholic is in the grips of a disease that diminishes the mind, body and spirit and deconstructs the most unique parts of our perspective and personality that make us who we are. By taking action to get help you are taking the steps needed to save not just who you are, but your life. If you or someone you love is struggling with substance abuse or addiction, please call toll-free 1-800-951-6135