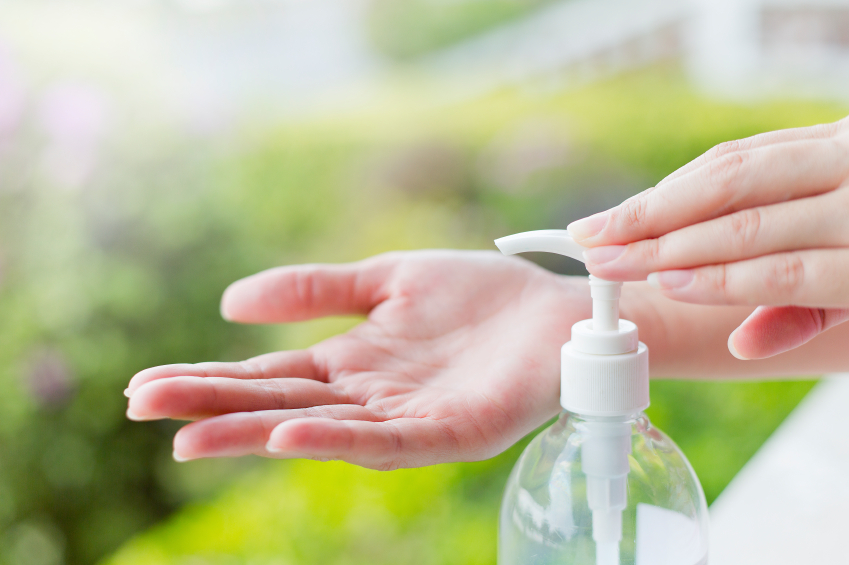 Sweden has had enough. The country recently restricted the sale of hand sanitizer gels in an effort to prevent the alarming number of young Swedes ending up in the emergency room drunk on hand sanitizer.

Yup, that’s right. The whole “let’s drink hand sanitizer to get drunk” fad is not just happening in the United States, it’s a global phenomenon. And apparently, its gotten so bad in Sweden that the country has restricted the substance altogether.

I was hoping the media was blowing this whole thing out of proportion, but apparently not. In fact, several teenagers were reported to be severely ill due to ingesting the gels. The police are now taking action to reduce the easy access teens have to the substance.

“Young people were coming into the emergency room with alcohol poisoning and said that they had drunk alcogels,” police spokesman Stefan Sund told a local radio station. He said authorities started to take notice of the trend around New Year’s Eve.

The minimum drinking age of 20 make the hand sanitizers appealing to teenagers who are so desperate for a buzz that they are willing to resort to  the unusual method of drinking the gels. As a result, many pharmacies in several parts of the country have been ordered to sell hand sanitizers behind the counter, out of reach for teenagers.

Back here in the United States, the trend continues to grow in popularity. Last September, CNN reported that the poison control center’s numbers for kids under the age of 12, who had ingested hand sanitizer, had increased nearly fourfold since 2010. The numbers jumped from 3,266 cases in 2010 to 16,117 in 2014!

“Kids are getting into these products more frequently, and unfortunately, there’s a percentage of them going to the emergency room,” Dr. Gaylord Lopez, director of the Georgia Poison Center, told CNN at the time. “A lot of the more attractive (hand sanitizers) are the ones that are scented. There are strawberry, grape, orange-flavored hand sanitizers that are very appealing to kids.”

Children are not the only ones though. Even adults are getting their hands on the gels. In January 2014, a Pennsylvania hospital employee was arrested for stealing 12 cartons of hand sanitizer. He admitted to enjoying the gel mixed with orange juice and drinking it like a cocktail.

Prison inmates are known for abusing hand sanitizers. Some facilities have been forced to ban the substance altogether. Many prisoners have overdosed on high consumption of hand sanitizer, or have been found in their cells heavily intoxicated. In 2007, a 49-year-old Maryland prisoner drank an ENTIRE gallon of hand sanitizer before being found and hospitalized due to alcohol poisoning.

The biggest appeal of hand sanitizers are that they are generally safe to ingest. The ingredients typically do not cause harm in most people, so those who drink it end up acting like a typical drunk. However, because of the extremely high alcohol content, many underestimate the amount of alcohol they are ingesting and become overly intoxicated very rapidly.

The fad has even made its way to late night television. In 2012, Jimmy Kimmel took a hand sanitizer shot with John Cusack on his late night show. He joked, “I feel cleaner inside. And I also feel like I’m going to die.”

Jokes aside, drinking hand sanitizer is super dangerous. You really have no idea how much alcohol you are putting into your body, and it simply is not worth the risk. If you feel tempted to drink the stuff, perhaps it’s time to talk to someone about feeling out of control in your addiction. If you or someone you love is struggling with substance abuse or addiction, please call toll-free 1-800-951-6135.