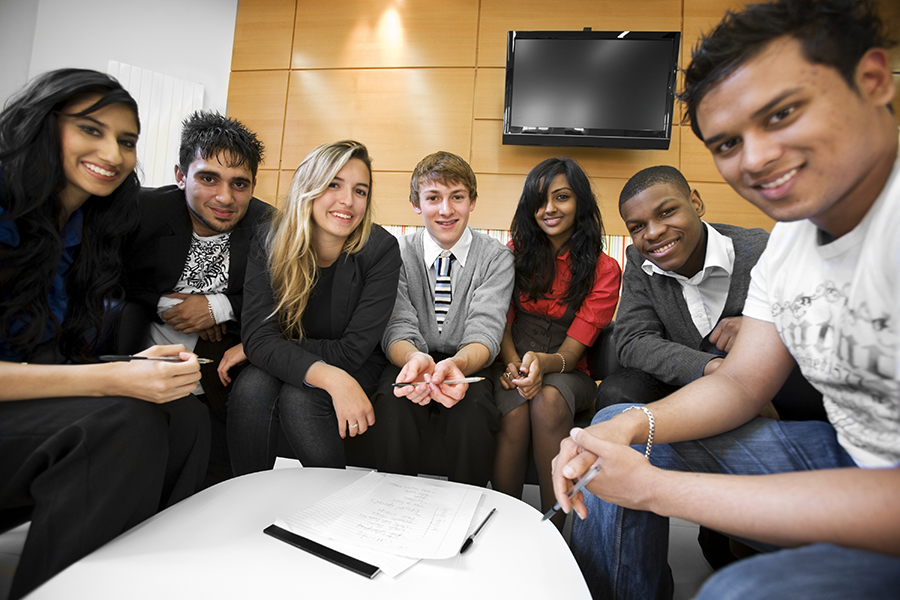 All over the country and across the world we can see how the culture of drug abuse an addiction has become one of the primary concerns facing people today, especially young people. While there has been great strides in treatment and technology over the past years, there has also been staggering numbers of overdose’s and deaths related to drug and alcohol abuse.

As we try to find a way to change the trend with reforms in drug policy and harm reduction, how else can we get a foothold in the growing problem? Apparently 3 firefighters from the Greater Cincinnati area had a pretty decent idea when they established the Drug Free Clubs of America (DFCA).

The strategy of the Drug Free Clubs to helping teens avoid drug use is by giving students a logical exit from a tough situation. A friend or neighbor offering drugs or alcohol can be a powerful, intimidating situation. The DFCA’s method to averting student drug abuse has a few tricks, including giving the members the ability to say “I Can’t, I might get tested”.

For students to get involved, with a parent’s consent students complete a simple and private drug test.  The testing is done in a confidential and discrete manner when the school the DFCA is involved with opens their club.  When the test result shows that students are drug free, they become members!

All test results are kept strictly between DFCA and the parents of the students. Schools never get test results so they have no record of, or responsibility for, disciplinary actions related to the DFCA club.

Parents then can focus on their child’s health rather than secondary damages. Parents are automatically enrolled in what is called the “Take 5” program, which is there to provide key opportunities to learn drug-related talking points to discuss with their teens. Family programs are essential in addressing any kind of issue with drug use.

After being accepted into the DFCA, the student will receive a full-color photo ID “Club Card”. Members can show their Club Card at school and businesses for rewards designed just for them like special deals, perks and privileges that other students are not eligible.

The rewards system is set up to recognize teens for healthy decisions, creating the perfect environment for growing an encouraging school and community culture.

Retesting of random members occurs several times throughout the school year.  Again, this is the backbone of the DFCA prevention strategy because it creates a responsible motive for any member who may find themselves in a drug-related situation to say, “I can’t, I might get tested” since a drug test can pop up at any time.

Not only do DFCA members have a the safety net of drug testing to fall back on, they get to enjoy rewards and members have reported that since others get to actually witness them getting rewarded for their abstinence, those who used to offer them drugs or other substances do not even bother to offer anymore. Members get a sense of community between them and other members of the DFCA, and students who may not have ever had anything else in common before now know that they may be more alike than they thought.

As the Drug Free Clubs begin to pop up in schools all across the nation the program continues to grow and flourish. In fact at one Ohio high school, almost all of the students have become members.

“I’d rather our whole school be involved. It makes us look really good and makes it look like we are not doing anything bad.”

The club’s idea of providing students with a way to escape peer pressure through rewards seems to have paid off pretty well in this area. Student Zach Clark stated,

“If you are offered drugs, you can just say ‘hey I can’t I have a drug test from the drug free club,’ you get a lot of incentives.”

St. John’s Central principal, Sheila Blackmore, is hoping all students join the club, and says that her personal goal is to reach 100% of the students, and she insists that the current average so far says a lot about the kids at this Ohio school as a start.

So over-all this program as a whole seems like an awesome idea to try and start empowering students by providing extra incentives to avoid unhealthy risk taking situations, and to educate the students and their parents about the dangers they face. This may not seem like it would have meant much to you in high school, but even if it prevents just a few students from making a choice that could destructively change their life than it is worth it.

Teaching young people and the general public about the dangers of drug abuse and addiction is an element of innovation that can make a real difference, but for those who have already gone too far down the wrong road there are still opportunities to make a change. If you or someone you love is struggling with substance abuse or addiction, please call toll-free 1-800-951-6135