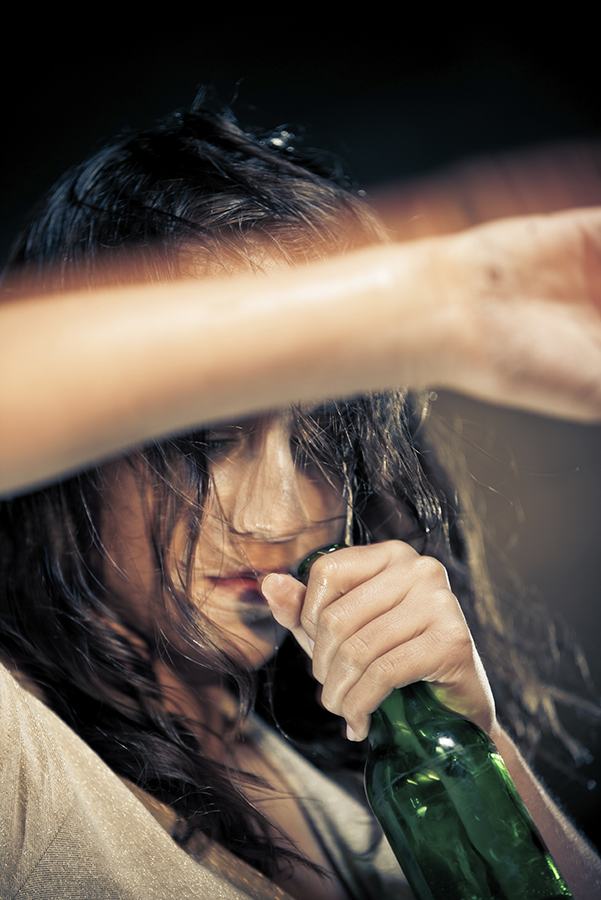 As a recovering alcoholic, I can definitely remember a few black-outs in my drinking days. And by remember, I mean I at least know what people told me about the details of the night before after waking up in a strange place with random clothes on and sharpie tattoos all over my body. I was fortunate enough most times to wake up without injuries, except for a hangover that often felt like someone had split my skull with a hammer and poured the black-plague into the crack.

Blacking out is not fun, and it is extremely dangerous! Blacking out while drinking not only puts you at risk, but you could end up in a situation that risks the safety of others in a serious way. Recently a team of UC San Diego researchers conducted a study to warn young people about the dangers of black-out drinking found that a majority of adolescents experience a blackout at least once by age 19.

The study also looked into what elements and behaviors may predict a blackout, including:

Using this data the researchers determined that teens in this age group that were most likely to report blackouts had similar factors involved such as:

This was not too much of a surprise, as compulsive behaviors tend to come in pairs, and with drinking alcohol females will need less of an amount over a shorter time frame in order to get as intoxicated as males.

Alcohol abuse in adolescents is nothing new, but it is still a disturbing reality when taking into account the dangers of black-out drinking, which is typically hand-in-hand with binge drinking. Professor of psychiatry at the UC San Diego and corresponding author for the study Marc A. Schuckit said,

“No matter what country, when kids are drinking, they are not likely to understand what is going on with their systems and how dangerous it can be.”

Still, the scary part is this is nothing new. Binge drinking is already a problem among teens that has a major contribution to black-outs and alcohol poisoning. Binge drinking is essentially drinking excessive amounts of alcohol in a short period of time with the intention of getting drunk, and it is an easy way to develop alcohol poisoning when taking in too much alcohol for the body to keep up its vital functions.

Back in 2011 there was a 2011 Youth Risk Behavior Survey that looked into underage drinking and found that among high school students, during a 30 day time frame:

Alcohol is the number one commonly used and abused substance among young people in the United States, and more disturbing is that alcohol is the main factor in 4,700 deaths per year among underage youth.

The reason that we can be drinking one minute, and then finding ourselves in a tutu tied to a telephone pole in rush hour traffic in the morning is because alcohol is a depressant, and at high enough doses depressants impair memory acquisition, or basically create a momentary shutdown of memory storage. John Ericson wrote a statement in Medical Daily that said,

“Blacking out is always bad news, because it is more or less synonymous with losing your mind for a substantial period of time. During a blackout, you approach every new context as a blank, inaccessible slate, incapable of forming any hard memories.”

But all jokes aside, black-out drinking is absolutely irresponsible and can even be deadly. Some people get behind the wheel of a vehicle and kill themselves and others because they have gotten drunk to the point where their brain is incapable of keeping up with their body, and there are numerous other ways that young people can find themselves in situations that are detrimental to all involved. Professor Schuckit said it’s a serious problem, and should be handled as such,

Binge drinking for students may seem like a good idea, but the problem lies in the fact that not all young people are truly aware off the extent that danger takes them to, especially for those with a serious drinking problem. Someone who is consistently drinking excessively to get drunk, and experiencing more and more loss of time and memory should take an honest inventory on this behavior. Alcoholism is a cunning disease, and many young people may not know how real it really is until they find themselves in the grips of it. Then one day you wake up, if you’re lucky, and realize you have forgotten half of your life.

Binge drinking, black-outs, alcohol poisoning and alcoholism are all very real, and even teens are eligible to experience the horrors associated with all of them. It is never too late, and definitely never too early, to make a change that can save your life. If you or someone you love is struggling with substance abuse or addiction, please call toll-free 1-800-951-6135