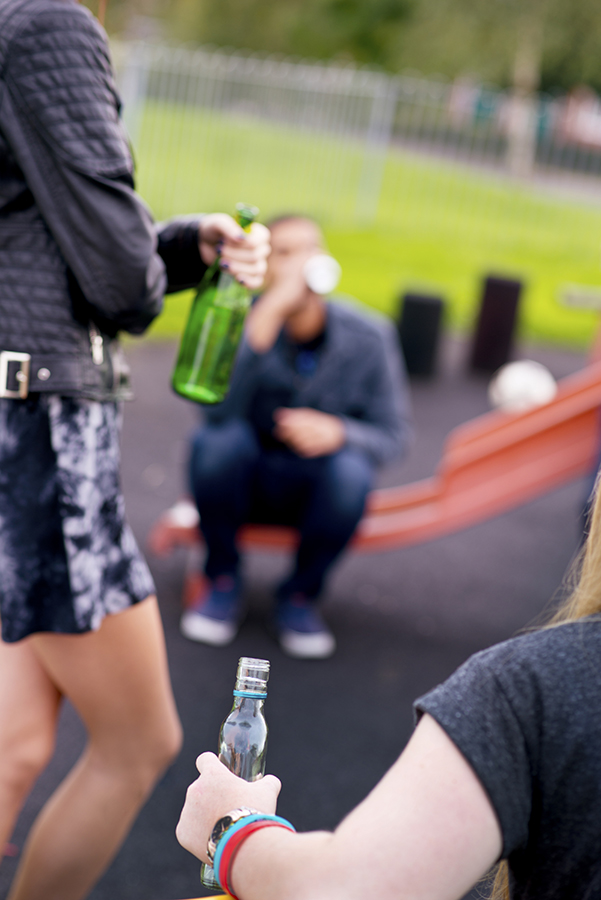 Perhaps you’re the cool parents amongst your child’s friend group who allow them to drink under your roof because you’d rather them be somewhere safe while indulging. Even if this isn’t the case, with the holidays around the corner, you may be more likely to let down their guards about letting their teens enjoy a little “holiday cheer.”

And, though a few extra drinks might be easily dismissed as just a way to celebrate the holiday season, the behavior can actually signal a problem in young adults.

The reason: bad habits we form while in our youth may stay with us later in life, according to a new study from Concordia (Montreal, Canada), in collaboration with the Université de Montréal and University of Massachusetts.

Recently published in the journal Alcoholism: Clinical and Experimental Research, the findings suggest that teenagers who regularly consume alcohol are also more prone to binge drinking – at least into their mid-20s.

More specifically, young men, especially those who dropped out of school and who have a tendency toward impulsive behavior, are more likely to continue the same drinking habits they formed in adolescence into adulthood.

“Most people don’t even know when they’re binge drinking,” says Erin O’Loughlin, a co-author of the study and researcher with Concordia’s Independent Program (INDI) and Department of Exercise Science.

“While they do know when they are wasted, the reality is that four consecutive drinks per sitting for a woman and five for a man constitutes binge drinking. And that means society is more tolerant of binge drinking than we think.”

There is a general lack of understanding regarding just what constitutes binge drinking, which means that teens may not be aware of just how their personal habits could be cause for concern.

The new findings come from the Nicotine Dependence in Teens (NDIT) Study, which several of the Concordia researchers are involved with. NDIT has been documenting the mental health, drinking habits, and physical activity levels of 1,294 young people from the Montreal area since 1999, when they were 12 or 13 years old.

The NDIT study, which gathered data that can be used to study the relationship between alcohol consumption and health, suggests that of the 85 per cent of respondents who continue their heavy drinking habits into early adulthood, some may face long term consequences.

Why It’s Important to Curb Your Teen’s Binge Drinking

As this study suggests, the perception that binge drinking is something that adolescents are bound to grow out of does not match reality.

“Parents should be aware that if their teenager is binge drinking, they are more likely to sustain binging later in life,” says O’Loughlin. “This challenges the belief that being exposed to alcohol early on means they will be protected from alcohol-related problems when they grow up.

“But just as a parent would never give their child a cigarette to try, the same view should perhaps apply to alcohol. Delaying that first taste of alcohol might be the best thing you can do — even if it’s New Year’s Eve.”

If you are concerned about your teen or any other loved one and their drinking habits, we are available day or night to help you figure it out. Call toll-free 1-800-951-6135 to speak with an Addiction Specialist today. Substance abuse and addiction are very real –and very serious – medical conditions; but help is available.