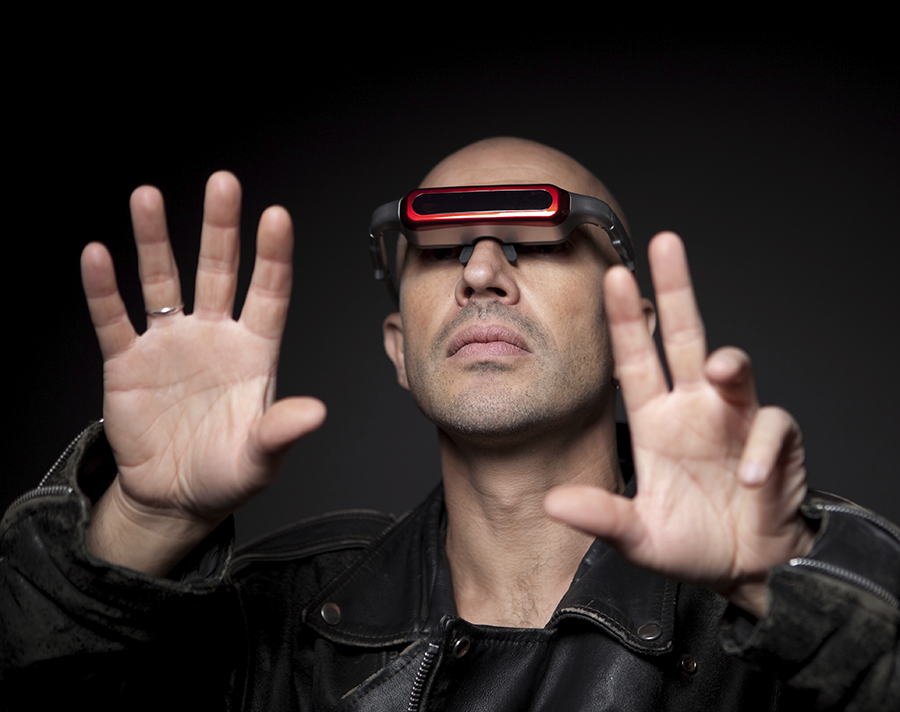 Virtual reality is becoming less and less a piece of science fiction and more of a reality over the horizon. The graphics for video games have continued to get better and better over the years, and now tech companies have put out and continue to develop headsets that enable us to totally immerse ourselves into the pixelated construct of an alternate reality.

What some have showed some concern for is that the longer the illusion continues, the more you start to forget that it’s an illusion at all, but others think this could help with treating mental health issues. Neurologist Olaf Blanke of the École polytechnique fédérale de Lausanne in Switzerland is just one researcher who believes in the healing power of virtual reality, stating:

“Two minutes of simulation can override an entire lifelong experience when it comes to what your body is and where it is,”

Next, what happens in virtual reality (VR) could change your behavior for hours, days or even months to come.

Researchers like Olaf Blanke have started to reveal how the brain responds to simulated realities, and something that has been discovered is that taking off the headset doesn’t end the effects of the technology. Unplugging yourself from the system doesn’t eliminate its impact on a person.

In theory watching an avatar (digital representation) of yourself exercise makes you more confident in your ability to work out , and as a result  more likely to exercise. Seeing your avatar quickly gain weight after overeating can curb your appetite. That avatar can also lessen physical pain or treat post-traumatic stress disorder (PTSD).

So how does VR impact mental health? Is it only the newest inventions that will work? Most would guess you need top-of-the-line technology, but actually for psychological impact by VR therapy it probably won’t hinge on the advanced capabilities of the upcoming projects like Sony’s Project Morpheus or Microsoft’s HoloLens. Even the most basic ’90s-era virtual environment is often enough to trick your brain into new patterns of thought.

Still, the price and overall bulkiness of these devices eventually decrease enough that VR will become a more commonplace tool for soothing bruised psyches or improving well-being. Blanke stated,

“These technologies could start to merge with what is already becoming another big field: wearable health.”

Researchers first turned to simple studies on video gaming when inquiring how virtual settings might affect our offline lives. That specific area of study continues to inform VR work as it remains easier and cheaper. The true VR requires things like:

Any gamer knows with just a monitor and a handheld controller you can be partially immersed in another world, and research on video game play has implied that you don’t have to be aware of the technology for it to have an effect.

Gunwoo Yoon is a doctoral student at the University of Illinois at Urbana-Champaign conducted a study was published in 2014 in the journalPsychological Science, where he gave undergraduates a choice to play as either superman or Voldemort in a computer game. After 5 minutes of gameplay the students were asked to stop playing and help with what they claimed was an unrelated experiment: portioning out chocolate and hot chili sauce for the next volunteer to eat. There were 3 important factors:

These discoveries are leading Yoon to pursue more practical applications of virtual reality and gaming for therapeutic value. He’s planning virtual realities that let patients with autism or social anxieties interact with avatars in everyday settings. And he’s curious about how to use virtual realities to boost healthy habits.

Associating with the Avatars

When asked Blanke explained what the difference is between seeing a character that you identify as another person, and seeing an avatar that you view as yourself by crediting the temporo-parietal cortex. This area of the brain, where the temporal and parietal lobes meet, is thought to integrate all sorts of information from different sources.

So what this means is when you look at an avatar that’s meant to be someone other than you, the temporo-parietal cortex stays quiet. But when the avatar starts mirroring your movements, showing your heart rate or speaking your words, this is all tricking your brain into thinking the avatar is your own body and then the temporo-parietal cortex reacts, like when you watch yourself in a mirror.

In 2010, Stanford researchers determined that when people watched an avatar of themselves run on a treadmill they became more likely to work out. Virtual realities with avatar gameplay are already being utilized in psychiatric clinics that specialize in the treatment of phobias and anxieties, where people are exposed to their fears in a safe manner through the VR program until they can build a new association with that fear.

At the Virtual Reality Medical Center in San Diego, these kinds of therapies are an active part of the treatment program that is used on patients every day, and since the 1990’s the Executive director Brenda Wiederhold, says she’s been using the technology on patients. Wiederhold herself is also a researcher at UC San Diego.

The Proteus Effect, part of another school of thought concerning the use of avatars and virtual reality in a therapeutic setting, was developed by researchers and is essentially the idea that someone’s behavior can be affected by the actual appearance of their avatar in a virtual setting.

The appearance aspect of the avatar is where Yoon’s idea we evaluated earlier are actually rooted. Yoon’s thought is that those who identify with a villainous avatar will act slightly more nefariously, and in turn those who identify with a healthy avatar and will naturally want to be healthier. It has less do with the virtual environment and more to do with that other-you. Somehow the mind makes that connection between itself and the virtual representation of the individual, and influences behavior.

Because both the environment and the “self” can be so easily manipulated in a virtual reality, most experts suspect that virtual reality can be used to study the effects of numerous aspects of the world on our thoughts. For instance, there is currently a lab study exploring how virtual reality can modify people’s empathy or prejudices toward one another, and with that there are surely other aspects of social and personalize development that can all stem from whether or not we harness the power of virtual reality in the field of therapy and mental health treatment.

The more time that passes it seems the more we learn about how technology has the capacity to influence mental illness, compulsive behavior, and even addiction. But now we are also seeing where technology can help us make change for the better. Innovations in treatment and holistic healing are constantly making new and exciting improvements in recovery. If you or someone you love is struggling with substance abuse or addiction, please call toll-free 1-800-951-6135