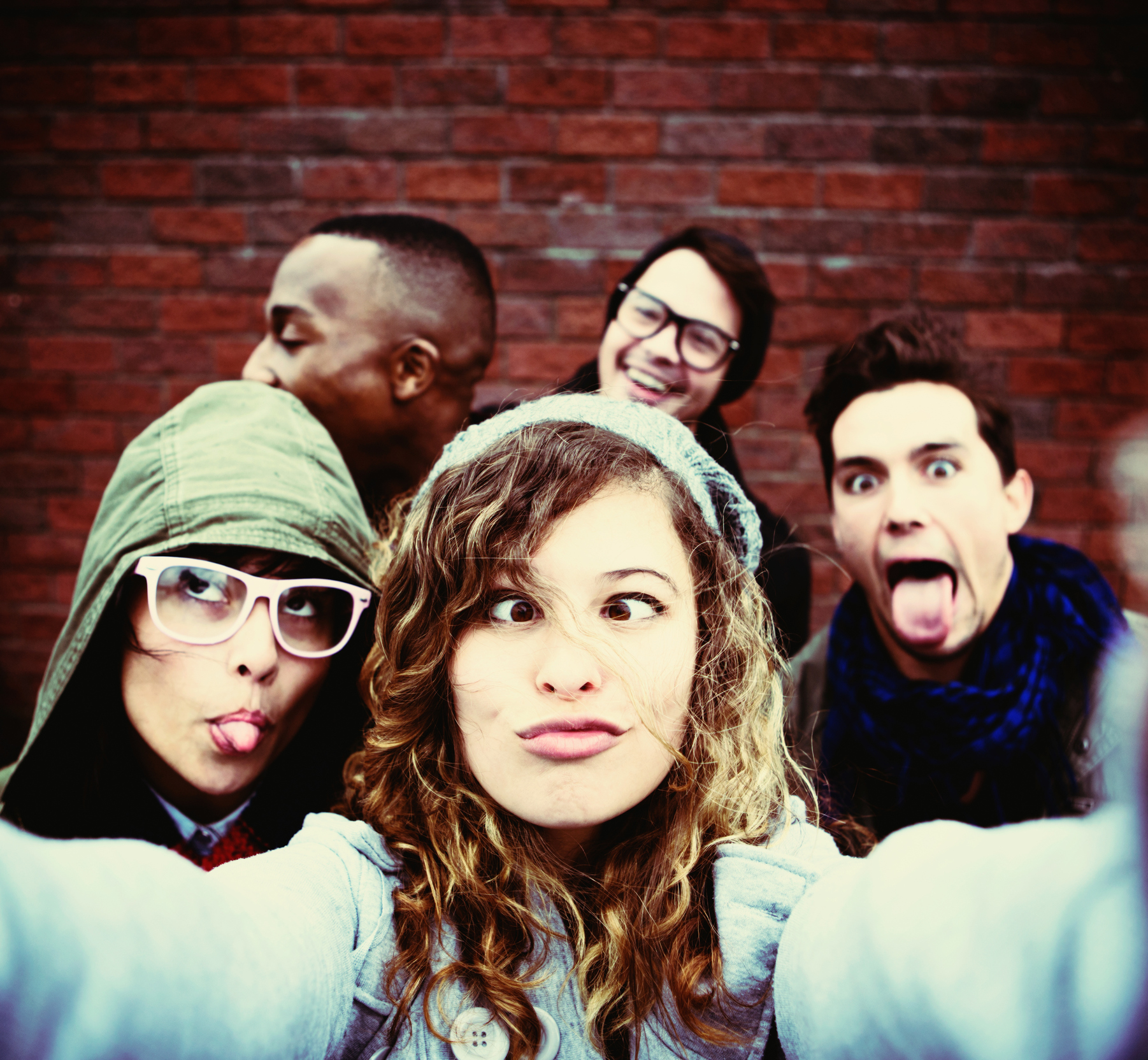 What kind of selfie do you usually snap? Is it one with an obscene amount of editing to look glamorous? Is it one of you and the family at dinner or out in some exotic location on vacation? Or is it a pic of you and a volunteer crew at a charity event? When you hashtag and share it, what does that selfie say about you? What is the message you are trying to send?

Before we have talked about the dangers of obsessive selfie taking, and I have personally related to how the ‘selfie society’ of today could be risky for those struggling with addiction or mental health concerns, presenting issues with narcissism or relating to depression when correlated an obsession with social media. So what kind of selfies contribute to these issues?

Well, that much might be said about all of them, depending on who you ask. The one question that might hit closer to home is- what kind of selfie taker are you?

Recent a group of BYU communications master’s students, feeling themselves surrounded by the selfie-saturated culture that is social media, decided to ask the question: what is the method to the selfie madness? This has proven to not just be a millennial problem, because your uncle and aunt do it, just like your bosses and teachers. Grandma might not be all that good at it, but she takes plenty of selfies anyway.

So why do people of all ages, cultures, genders and religions take and share selfies?

Are We All Narcissists?

Some people would say that ‘this generation’ is so self-absorbed, but again; it isn’t just one group. The answer, at least one we hear so often, is simply narcissism. But are we all narcissists?

Actually, in a study recently published in Visual Communication Quarterly, those same five BYU student researchers took a closer look. In their data they show that individuals’ motives often range far past self-obsession. Sometimes our selfies are actually taken with purpose, whether we notice or not.

Steven Holiday, who completed his master’s in 2015 and is now pursuing a Ph.D. at Texas Tech, is one of the co-authors. Of this latest topic Holiday states,

“It’s important to recognize that not everyone is a narcissist,”

So to be clear on the idea of true narcissism and the connection we often misguidedly make to selfies, we should look at the definition. To refresh your memory:

After analyzing survey results and interviews, researchers say they can identify three categories of selfie-takers:

These are individuals who take selfies primarily to engage with others for some reason. They don’t just do it for their face on a cause, but to draw followers into a conversation. One of the survey’s co-authors and current student Maureen “Mo” Elinzano states,

“They’re all about two-way communication,”

So it isn’t about the spotlight on them, it’s about shining to give others a reason to shine.

An example of this is when the election season came around and everyone, including celebrities, took an “I voted” selfie to plaster on Instagram. These photos aren’t (always) meant to brag about the individual, they are about calling others to action. People talk a lot about opinions on social media, so some people take a selfie as an opportunity to inspire action.

This type of selfie taker uses the art of the selfie as a tool to record key events in their lives. This autobiography isn’t necessarily to show off to their followers, but to try and preserve significant memories for themselves and their loved ones.

This group of selfie takers does also want others to see their photos and enjoy them, but they aren’t necessarily doing it for the feedback. They are cataloging their lives for their own benefit, not for the engagement that the Communicators are.

For example, plenty of people will have entire albums on Facebook dedicated to specific trips or events. They don’t (always) organize these specifically for likes as much as they do for their trips down memory lane.

This infamous category is the one everyone typically assumes a selfie taker falls into, but it is actually the smallest of the three groups. These are the ones who are closely linked to more narcissistic characteristics.

The coauthor Harper Anderson states the self-publicists “are the people who love documenting their entire lives,”

Harper Anderson, who is also now pursuing a Ph.D. at Texas Tech, went on to say that in recording and sharing their entire lives, these selfie takers are hoping to present their narrative in a trendy and desirable light.

Think the Kardashians. Without any real sustenance, these selfies are just for the sake of “look at me everyone” without actually having a connection to a cause.

Personally, I present the idea of a collage style world where sometimes we blur these lines a bit. Some people may read these three types and say “I do all of these” and I get that. Perhaps we are all likely to have varied traits, but perhaps we can admit that one of these styles is our dominant selfie taking self. In this event, we can more closely examine if we are impacting our mental health; maybe even that of others.

“…it’s a different kind of photography than we’ve ever experienced before…I can go on Facebook or Instagram and see that people have a desire to participate in a conversation. It’s an opportunity for them to express themselves and get some kind of return on that expression.”

“…years from now, our society’s visual history is going to be largely comprised of selfies. To find out why people do it, that contributes a lot to the discussion on selfies and visual communication in general.”

Our world isn’t just one picture at a time. Every moment is a collage of events happens simultaneously. We exchange the currency of our stories through an ever-expanding network of social media sites and while at times we may seem obsessive or impulsive, at least we are trying to use our new tools to connect.

It may seem strange, but I do think that regardless of whether you’re climbing a mountain in Africa, raising awareness for people struggling somewhere, or simply showing off your new hair-cut, we all have something to offer.

We all have something worth sharing.

Take that selfie. Post it. Let the “double tap” fall where it may.

The selfie is like a socially accepted addiction, and while mental health has been a close conversation to it, we hope that we can continue to learn from our compulsions and be able to help others. Mental health issues and drug or alcohol abuse frequently co-exist. If you or someone you love is struggling with substance abuse or addiction, please call now.