Could Safehouse Find a Home in Kensington? 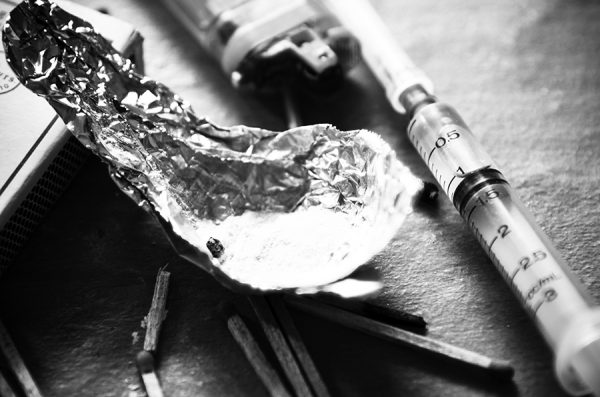 Despite recent reports that they may be facing some push-back from the Justice Department, the nonprofit Safehouse is still moving toward their goal of opening a supervised injection site in Philadelphia. Now, representatives of the organization state they are in negotiations to sign a lease on a property in Kensington.

These facilities, also known as safe injection sites, allow people struggling with addiction to use drugs safely, while providing access to medical care and resources for drug addiction treatment. Perhaps most importantly, these facilities have a medical staff that can revive users in the event that they suffer an overdose.

So will the Safehouse initiative finally get built, or will the opposition throw them another curve ball?

According to Ronda Goldfein, vice president of Safehouse’s board, there were many options the organization was considering. In fact, Safehouse had actually considered more than 25 locations around the city. However, it appears the supervised injection site may soon have a Hilton Street property. Goldfein says the group is in talks to sign a lease on a property on Hilton Street near the Allegheny Avenue station on the Market-Frankford Line.

At a conference on Thursday at the Cato Institute in Washington, Former Governor Ed Rendell said that Safehouse had been offered the Kensington property by an owner who wished to remain anonymous. Rendell is actually a Safehouse board member, and states the owner of the property lost their own son to an overdose recently. While they had considered dozens of other locations, Rendell says that the “beautiful” building in Kensington was his favorite of the choices.

Reportedly, this location initially became the front-runner because it is convenient to many people in addiction who use the El to get to Kensington. Sadly, Kensington has been the focal point of the opioid crisis in Philadelphia for years. Furthermore, the property is in a commercial corridor, not a residential area. This may help with softening any adverse effects from the supervised injection site on communities.

Sources close to the current negotiation for the property say that the Robert Nicoletti Family Trust, which owns several properties in the block, plans to offer the space to Safehouse rent-free. For those unfamiliar, the Nicoletti family owns Philadelphia Suburban Development Corp., which just happens to be a major developer in the region. As of now, a spokesperson for the Nicoletti Family Trust had no comment on the announcement.

This is a huge leap forward for Safehouse. Not only does it show the growing support for the program in the community, but it brings the initiative even closer to opening the first supervised injection site in all the United States. As of now, the group is still trying to raise money for operating the facilities. Still, Goldfein hopes to be open this year.

Still in for a fight

As mentioned before, the supervised injection site is still facing some strong opposition from local sources and state officials. William M. McSwain, the U.S. attorney for the Easter District of Pennsylvania, said these recent developments have not changed his office’s plans to oppose the site. Just last month, McSwain began pursuing a Justice Department lawsuit to block the building of these kinds of facilities. He states,

“We’re going to go forward with the case. Just because they have a potential lease doesn’t mean they’re going to open tomorrow. … I would hope we get a ruling from the court before Safehouse were to open a site.”

Even in the event that Safehouse was able to open the supervised injection site before a ruling, McSwain says that his office would consider seeking a legal injunction to stop it.

There goes the neighborhood

Of course, it is important for those who will work or live close to the location to know what they are in for. As useful as these facilities may be, it is still possible for some unintended effects. According to Safehouse officials, neighbors in the area have been notified of the lease negotiations. Goldfein states,

“The neighbors are a crucial player in this conversation.”

“We’re not asking them to approve it — though that would be great — as much as we want to be able to give them all the information we have and have an ongoing discussion with them, so they will be as comfortable as they can be with the facility.”

Truthfully, this may end up being harder than it sounds.

The possible location for the site is in City Councilman Mark Squilla’s district. In hopes of making a more educated decision, Squilla visited a supervised injection site in Toronto with Goldfein just two weeks ago. The trip was also attended by other Philadelphia elected officials, and community members.

However, Squilla says that he is not convinced Philadelphia needs a site. Squilla claims he does not have enough information on how opening one would affect:

According to Squilla, operators at the supervised injection site in Toronto told him 4% of clients at the facility had entered treatment. He asks,

“How does it save people’s lives? All it says is that everyone who goes in there doesn’t die. What if they overdose somewhere else at another time?”

Squilla also said that the Toronto site operators advocate that opening multiple sites across the city was the most effective way to save lives. Therefore, he is “baffled” that Safehouse would move forward with only a single site. Some advocates might argue that something is better than nothing during a period of staggeringly high over overdose death rates in the area. Ultimately, Goldfein argues that Safehouse plans to open more sites throughout Philadelphia. So would Squilla be more receptive to a plan that offers multiple locations?

What will the neighbors think?

According to local sources, a lot of people in the neighborhood do actually support the idea of a supervised injection site. However, some reports indicate the community would prefer the site be established as part of a hospital or medical center instead of in a commercial area or near homes.

A common concern from the neighbors is that drug sales around the site would increase. Additionally, people worry that the site would only exaggerate the already high rates of illicit drug use in the community.

However, it is important to note that there are various studies of the supervised injection site in Vancouver, British Columbia, which has been in operation for more than a decade. The data shows:

So while it is understandable why the neighbors might get nervous about this kind of thing, there are experiments in other parts of the world that demonstrate these programs do save lives. Moreover, these programs also help a lot of people get into treatment programs.

Rendell says he is ready to go to prison to defend the Safehouse project. He describes the supervised injection site as a crucial, life-saving measure. This would make sense for a city that saw 1,217 overdose deaths in 2017 and an estimated 1,100 fatal overdoses last year. With that amount of pain and suffering due to the overdose outbreak across America, it is easy to understand why this is such an important topic to so many people.

Any resource that keeps people alive and offers them a path toward treatment is worth consideration. In the fight against the devastating opioid crisis every community can use all the help it can get. Recent statistics stating that 150 people die every day due to opioid overdose. Therefore, it is critical that more people gain access to healthcare options and comprehensive addiction treatment. Palm Partners Recovery Center has proudly provided the highest quality of addiction treatment for over 20 years. If you or someone you love is struggling, please call toll-free now 1-800-951-6135.