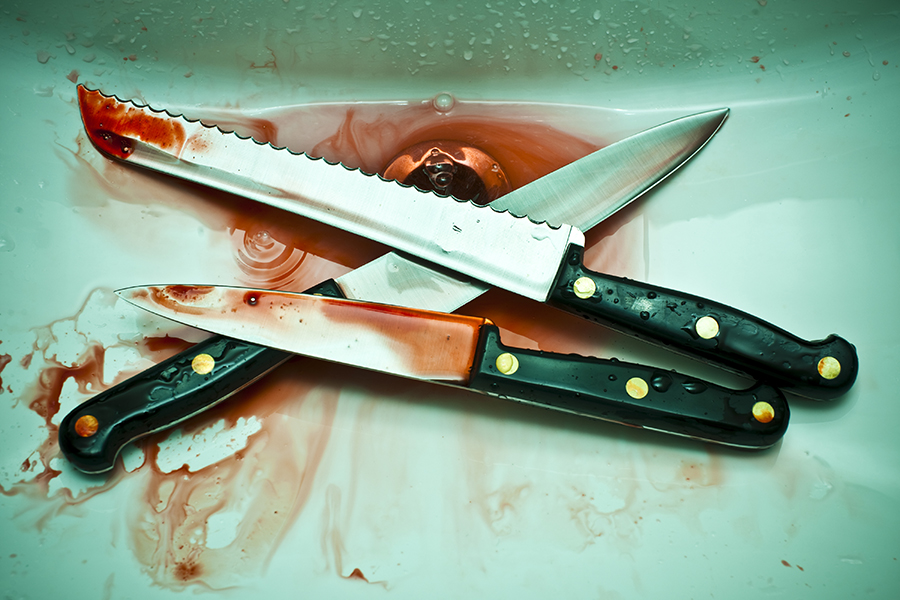 How much does drug abuse or narcotic medication have to do with the body-count of a killer? Is the fiction of Dr. Jekyll self-medicating with a bottle of liquid evil and mutating into Hyde an ugly and exaggerated metaphor of a more flesh and blood reality? Or is any speculation of drugs causing psychotic breaks another fear-based propaganda piece?

While the number of drug addicts far outnumbers the population of serial killers or assassins in their midst, which may make this seem like a bit of a reach, some new data is suggesting  there may actually be some truth to the idea that drugs can impact the risk of homicide. So why write about it? Truthfully because it is an interesting hypothesis to explore. Could more motives for murder be chemical than personal, and does it make a difference to the average addict?

Killing in the Name Of…

Over time there’s been a lot of debate over whether psychotropic drugs, anti-psychotics and anti-depressants can create violent behavior. This discussion became even more relevant following the numerous massacres committed over the years by young individuals in schools and other public places in the United States and other countries. Many examined the lives of these troubled teens, scrutinizing their vicious crimes and placing the blame on the drugs.

Professor Jari Tiihonen’s, leader of the study, stated in regards to the research:

“It has been repeatedly claimed that it was the anti-depressants used by the persons who committed these massacres that triggered their violent behavior. It is possible that the massive publicity around the subject has already affected drug prescription practices,”

Recently there was a study published in the journal World Psychiatry that was the first of its kind… ever… in the world. This study was aimed to find the relationship between drugs and homicide and in the process the researchers found some intriguing and unexpected revelations.

Professor Tiihonen’s led an international research team at Karolinska Institutet’s Department of Clinical Neuroscience, where they analyzed the use of prescription drugs of 959 persons convicted of a homicide in Finland between 2003 and 2011.

The data was collected analyzing the Finnish homicide and prescription drug databases. Researchers found a pattern that associated an increased risk of committing a homicide to use of certain drugs that affect the central nervous system. So what drugs were they, and how big is the risk?

Of course to accurately study the link between drug use and the risk of committing a crime, a certain criteria must be followed, including reason for using the drug. One also has to take into account the effects of any other drugs and intoxicants used simultaneously, so not to dilute the results of one drug under the influence of another. Because no other studies like this have yet to be published further research may expand more on the conclusions drawn here.

So the research team found the odds of committing homicide were 31% higher during time periods when offenders were on antidepressants, versus when they were not. But while this relative increase might sound concernedly large, it actually represents a small shift in a risk that is already pretty low to begin with. So there is still doubt that this is a cause and affect scenario.  And when it came to subjects younger than 26, which is the age for which concerns about antidepressants are greatest considering the numerous aforementioned tragedies, there was no connection between the medications and homicide risk.

Highest increase in the risk of committing a homicide was associated with:

In persons under 26 years of age, the highest increase in the risk of committing a homicide was associated with:

So the team did find that when offenders were on valid prescriptions for opiate painkillers like OxyContin their odds of committing homicide were roughly doubled, versus periods when they were off the drugs. But while the study looked at prescriptions, opiates are commonly abused, and the study concluded drug abuse could make a major difference in what makes these drugs dangerous to people with a history of aggression.

Still this data should offer some reassurance on the safety of antidepressants in that regard, according to lead researcher Dr. Jari Tiihonen, who believes as far as the science goes there’s little evidence that the medications carry such a risk. Two psychiatrists from the United States reviewed the study, and agreed with that assessment.

If you have read this far, let me be clear and say I’m not asserting these statistics prove everyone who uses these drugs are killing people because of drugs, if this was the case I’d be the Patrick Bateman of my generation. It’s only referring to those people who are killing, and whether or not they are commonly using these drugs. This study is about attempting to find the connection, following the patterns and assessing the damage.

According to Dr. Alan Manevitz, a clinical psychiatrist at Lenox Hill Hospital in New York City, there is no medication influential enough to turn a normally non-aggressive person into a murderer.

While no direct correlation is absolute without more solid and supportive data, this still brings to mind a pretty important question: do people who are already a little unstable or violent run a greater risk of killing someone when using painkillers or other medications? Should “may cause random homicidal outbursts and death of friends and family” be written on the pill bottle warning label?

OK, maybe not to THAT extreme… but you get where I’m going with this?

Any addict can tell you chronic drug use will mess with the mind, that should be a given and that is the point. Drugs can shatter what self-control and logic we hold tightly on to in attempts to stay normal. So this isn’t a scare tactic, it’s an acknowledgement of some extremes of the devastation. We can’t blame the drugs for murder, but can we at least look into the impact they have on a fragile mind?

In this case Dr. Jekyll would have been teetering over the psychological edge far before picking up a pill.

Benzodiazepines are said to weaken impulse control, and past studies have determined painkillers affect emotional processing. As a former addict I can say while I actively abused these exact kinds of prescription medications I see where my own emotional stability had been compromised, and where my impulses were definitely more aggressive, irrational or inappropriate. But then again, drugs take their tolls in different ways on different people. Either way, to say it doesn’t corrupt a persons reasoning is careless, but to blame murder on medication at this point may also be irresponsible.

I’m just saying I haven’t killed anyone… today…… yet.

Drugs and alcohol often change us into people even we don’t recognize, and sometimes we can’t see what a profound change these substances have on us until it’s too late. If you or someone you love is struggling with substance abuse or addiction, please call toll-free 1-800-951-6135