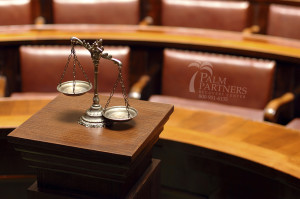 So far Palm Beach County has not yet joined the several states or even entire countries that have already banned the herbal substance known as Kratom, which is commonly consumed as a new alternative to coffee or other pick-me-up style energy drinks. But given the nature of this infamous substance there are many who are taking a stand and speaking out to try and have the herb outlawed. So how does the public feel about this, and how will it affect the recovery community?

Kratom is an herb found in Southeast Asia. While not yet banned in Palm Beach County, this allegedly dangerous plant has already been banned in Thailand, Australia, Myanmar, Malaysia. Recently upon its arrival to the United States, Kratom has been banned by Indiana and Tennessee. Kratom is often associated to its use in a drink called ‘kava’ here in Florida. Since the substance is currently not banned locally, Kava is still sold regularly.

Those who are against allowing the sale of products containing this substance are concerned kratom is slowly but surely evolving into the next bath salts or synthetic marijuana drug craze, while others who wish to protect its use swear it’s harmless. Kratom is a substance created from plants closely related to coffee family. Kratom is actually utilized in places like Southeast Asia for medicinal purposes, much like we are currently seeing the reforms in the handling of medical marijuana.

However, Kratom is also used as a mood enhancer in areas where it is used like Southeast Asia. It is also considered to be an opiate substitute. As if the idea of it being anything close to an opiate isn’t enough, recent studies make the claim that this substance is also highly addictive.

Given the addict nature of the substance, Palm Beach County is now officially considering the banning of kratom. Kratom has even supposedly been linked to several deaths and multiple emergency-room visits across the country since it was introduced to the United States as the pick-me-up coffee substitute it has been consecutively marketed as.

At this point, Kratom is nowhere near illegal in the United States as a whole as of yet. Although the DEA is keeping a close eye on kratom and its effects, because given the idea that it can be fatal, authorities want to know the severity of the situation. There have been increasing number of people seeking treatment for addiction to kratom, but still it is not being officially considered a controlled substance.

Just when the debating about banning kratom may have seemed pointless, tragedy struck and changed a lot of opinions on the topic with the death of Ian Mautner. According to the Sun Sentinel, kratom is being blamed for the recent death of the 20-year-old Boynton Beach man, who leapt to his death from the SW 23rd Avenue I-95 over-pass. This became a bigger piece of the puzzle after Mautner’s mother says he was addicted to kratom.

Mautner’s toxicology and medical examination reports have yet to be concluded and released for public record, the incident seemed to be the last straw for the Palm Beach County Commission. On Tuesday the commission called for an official investigation into the active ingredient offered at local kava bars in this southern Florida area.

In 2013, New Times reported on a Jupiter couple who sued a West Palm Beach kava bar because they claimed they became addicted to the kratom-laced drinks served there. Since that first story was written and published, two of New Times‘ reporters actually tried kratom, and reported back to that publication on their findings.

While this case continues, the Palm Beach County Substance Awareness Coalition, which was created to help stamp out drug and alcohol abuse in the area, has openly stated that more studies are definitely needed on kratom into order to determine the necessary concerns and any risk it poses. According to Palm Beach County Commissioner Steven Abrams, the findings to Mautner’s death will determine whether the county will pursue an all-out ban of kratom.

“It basically alters your state of mind. There needs to be more science done.” Jeff Kadel, the coalition’s executive director stated to the press during a recent interview. With that in mind, it is important the those of us in the recovery community be aware of the risks this substance may pose to people, especially recovering addicts. In the opinion of most, it is a harmful mood and mind-altering substance– it is a drug. It is not to be taken lightly. Until more research has been done on its addictive nature or health risks, it may be safe if it’s not taken at all.

While this debate continues to grow in opinion, we can only hope that the sooner the information is made available the better we can understand what it is that a substance like kratom brings to the table when it comes to the topic of addiction and synthetic drugs. Is it as harmless as some say, or is it more likely to create deadly dependence than people have been giving it credit? One way or the other there may be some serious changes coming for Palm Beach County and the kava community. If you or someone you love is struggling with substance abuse or addiction, please call toll-free 1-800-951-6135