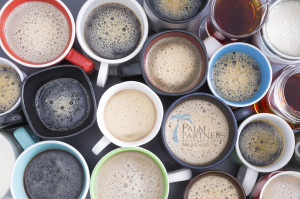 Coffee is the one thing that keeps the world turning, right?! The best part of waking up! With cream and sugar it can be the life-blood of America! Who else traded a sports bar for an espresso bar? But is it as perfect as it seems… well yeah, but maybe not, because coffee is referred to as the most popular psychoactive drug there is because of its effect on the release of dopamine into the brain. Research done on rats has even shown that just by smelling coffee there is a significant difference in the way your brain functions.

So with all the good that comes from coffee, it can still be considered as a mind or mood altering substance, and some people speculate that it should even be considered a relapse?! So where do we draw the line in the sand? IS NOTHING SACRED?! When you walk into your home-group, do you have a coffee commitment or are you a drug dealer?!

The Bad News- Coffee and Controversy

The truth is coffee does in some ways fit the description of a drug. When ingested in excess, caffeine is a powerful stimulant that sometimes causes anxiety and insomnia. Caffeine stimulation goes straight to the central nervous system, and the regular use of caffeine does actually cause mild physical dependence. But caffeine doesn’t threaten your physical, social, or economic health the way addictive narcotic drugs do.

It is probably obvious, but I’m going to drop this mind-bomb on you anyway. When you stop taking caffeine abruptly, you most likely experience symptoms for at least a day or more, especially if you consume two or more cups of coffee a day- BOOM. Symptoms of withdrawal from caffeine include:

No doubt, caffeine withdrawal can make for a few bad days. However, caffeine does not cause the severity of withdrawal or harmful drug-seeking behaviors as street drugs or alcohol. I can’t say I could compare any kind of discomfort to that of a cold-turkey opiate withdrawal, especially a morning without coffee. For this reason, most experts don’t consider caffeine dependence a serious addiction.

The Good News- Coffee and Recovery

If you would like an excuse to drink coffee, as if you needed one, then there is also one doctor’s opinion to claim that drinking coffee may actually help the alcoholic with no drinking. Dr. Peter R. Martin, director of Vanderbilt University’s Addiction Center, conducted a 2008 study which found that 88.5% of recovering alcoholics drink coffee regularly, compared to 57% of the general population

Dr. Peter R. Martin does go on to say that it’s not the caffeine alone that should be considered as a factor that can help alcoholics.

“Coffee is much more complex than caffeine. We don’t think it’s the caffeine necessarily that helps people stay sober. Chlorogenic acids, a large number of biologically active compounds in coffee, can act on the opioid receptors in much the same way as Naltrexone,”

Naltrexone is a drug prescribed to those suffering from severe drinking problems to manage their alcohol consumption. It is often marketed under the names Revia, Depade, Relistor and Vivitrol.

“We wonder, based on our findings, whether coffee could actually reduce the rate of relapse for alcoholics in recovery,” says Dr. Martin.

While having the ability to prevent cellular harm that can be caused by stress, a Harvard study showed that drinking 2-4 cups of coffee a day actually decreased the risk of suicide by an astounding 50 percent!

Also, the intake of caffeine has also been noted to have a positive effect on individuals who suffer from depression as well as other mental illness disorders such as anxiety and panic attacks. So ultimately caffeine has been credited to too much of a bad rap in the rooms of recovery. So many people try to lump coffee and energy drinks into the group of mind/mood altering substances, and in the end all it does is stir up controversy.

In the earliest days some ‘long-timers’ in the rooms of 12 Step fellowships will recall that all you ever needed for a meeting was a few alcoholics and/or addicts and a coffee pot. Whether you were gathered on the porch in the early morning with a mug of black coffee, or you were lounging in a club house sipping flavored espresso drinks, the coffee culture is alive and thrives in the rooms of recovery.

When it really comes down to it, anything can develop into an addiction. It is important that we reiterate over and over again to those who aren’t familiar that the substance is not the real problem, it is the behavior and the devastation left in the wake of someone using something, anything really, to cope. It is important to remember that it is always a fine line between doing something that is a harmless habit and developing a dependence on something outside ourselves so maintain a functional and happy life.

Of course it is Monday while I write this so I was dependent to some extent on coffee to keep my sanity, and I religiously stop at my favorite café and get a double espresso every morning on the way to the office as part of my pattern, but I do so in a manner that does not have a negative impact anywhere else in my life. It does not cause me to break my spiritual principles, and it does not cost as much as my old addiction… well almost, but that’s just because I get extra espresso in everything. Seriously though, coffee is amazing, back off!

In all seriousness coffee may not be an addictive narcotic, but any addict who knows about the disease of addiction knows that we can easily become addicted to just about anything we abuse for a feeling. Recovery from addiction and substance abuse means learning the difference between the real cause of addiction and the substances we abuse. It is not the drugs, or the alcohol, it is our life-style that is killing us. If you or someone you love is struggling with substance abuse or addiction, please call toll-free 1-800-951-6135