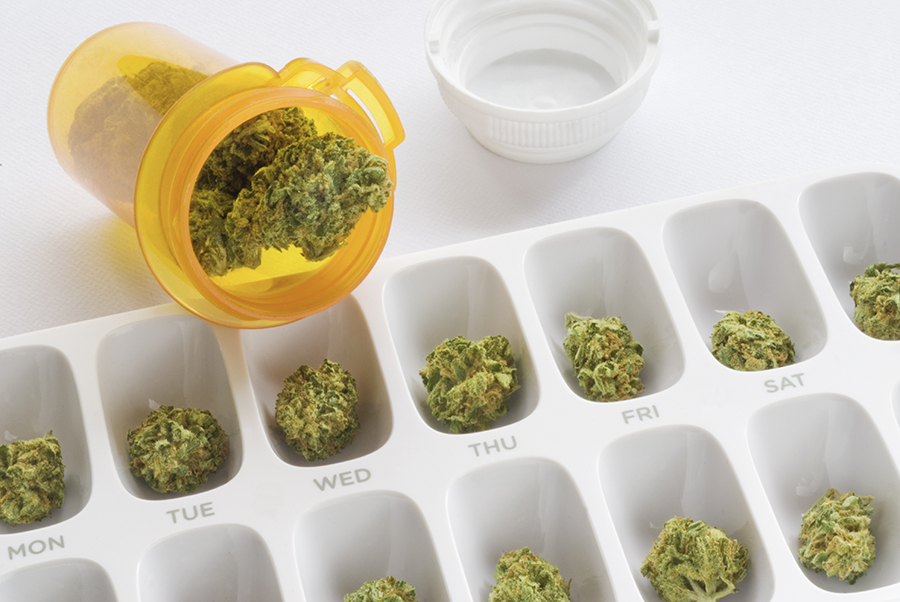 After all the news about weed winning over the midterm elections this past November, plenty of states are already making moves to get marijuana moving in their areas. Washington State had its first recreational marijuana stores opening for business this past July, ahead of the trend which only furthered the culmination of the collective effort to legalize the drug, but since then it has not all been smooth sailing.

Recently it has become apparent that some recreational marijuana outlets feel that they are being cheated by medical dispensaries thanks to one-sided policies, and many are lobbying for change.

Back in 1998 voters in Washington passed a ballot initiative offering protection for those who smoke marijuana with a doctor’s note saying they needed the drug for medical reasons against prosecution. This was a legal loophole created that allowed marijuana dispensaries sell pot to people with the notes. Washington at this point was lightly the only state that didn’t set up a patient registry or issue ID cards, and had a very laxed system that allowed a medical marijuana market to flourish.

Later on Washington passed a ballot measure legalizing the sale of marijuana for recreational use as well, which was a popular topic in 2012. Adults were now able to get high without a medical excuse, and no notes were required.

The 2012 initiative also established a tax and licensing regime for growers, processors, and retailers overseen by the Washington State Liquor Control Board, which dictates the product testing and package labeling for marijuana products in the area.

The taxation actually made purchasing recreational marijuana about 50% more expensive than medical marijuana. Lynsee Swisher is the director of Nine Point Growth Industries, a licensed grower of strains such as Opal OG Kush, who feels that these are extra costs being imposed on growers that medical marijuana does not have to deal with.

Now retailers are trying to get more regulation put on medical marijuana, and many new retailers are hiring lobbyists to push state legislators in Olympia to get things in motion. The general goal for these growers and dispensers is that they want medical marijuana to meet the same safety standards as recreational cannabis, and for customers who aren’t true patients to be required to purchase the products from the high-tax retail markets.

Amber Lewis was hired in November by an alliance of medical and recreational businesses that want to figure a way that’s fair to both sides, as many dispensaries are bringing in their own lobbyists to make sure they get a fair stake in the changing market. Lewis stated,

“I’ve learned that in the cannabis industry, things are very loose, until they’re not,”

There is so far no exact census of how many medical dispensaries are operating in Washington, but it is safe to say that medical marijuana establishments greatly outnumber the recreational cannabis shops. That’s a tall order considering there are 334 recreational marijuana stores licensed to open.

300 marijuana dispensaries operate just in Seattle, but only 21 retail licenses were issued according to the director of the Washington State Liquor Control Board Rick Garza.

The licenses for the new retail stores have an application fee that alone made the state a lot of money.  The licenses were divided by random lottery last May, and at a cost of $250 to enter with over 1,000 people applying for licenses, that little chunk of change makes a difference.

Pursuit of Change for Pot Laws

CannaBusiness Association is currently backing a bill sponsored by the state’s Republican Senate Majority Whip Ann Rivers, which would require medical dispensaries to meet licensing and product testing standards. That bill also aims to restrict the state’s medical-use designation of:

Under this legislation only recreational stores would be permitted to sell dried bud for smoking.

Democratic Senator Jeanne Kohl-Welles has also proposed another bill that would make retail dispensaries in Washington responsible for distributing medical pot alongside commercial products. Some feel that medical marijuana markets are cornering the market with unfair tactics to slip under the tax-man’s radar, and so many individuals in the weed business want to do all they can to make sure everyone growing and distributing marijuana is held to the same standards.

Marijuana legalization may be getting a little bit of momentum these days, but for those recovering from serious issues with drugs and alcohol; this is just one more reason to have the right kind of starting point and support for sobriety. If you or someone you love is struggling with substance abuse or addiction, please call toll-free 1-800-851-6135