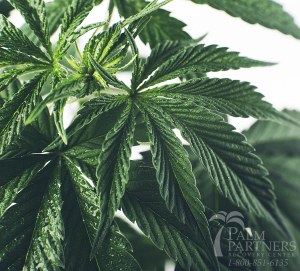 This past Tuesday November 4th, 2014 the voting midterms drew to a close by early evening and as all the results were tallied and laws were forged and forfeited, it became clear that voters were largely in favor of legalizing marijuana in several states. However, Florida was not among those who embraced the legislation offered up to the citizens for approval.

Washington D.C. and 3 states all had ballots cast for the proposed initiatives designed to effectively legalize the possession and consumption of set quantities of marijuana, and while the weed law results are still being counted and probably re-counted in a few of these states, it has already become apparent that a few of these laws will easily pass. Some may still require some fine-tuning, but they all seem to offer the same possibility for further economic and political growth.

As discussed in an earlier article, there were a few states that were definitely on the radar for how the marijuana laws were possibly changing pretty quickly, 2 major areas where weed supporters won include:

Measure 91 was pushed through with a ‘yes’ this Tuesday. This legislation legalizes recreational marijuana use and allows:

The residents of Washington, D.C. showed up and voted ‘yes’ for Initiative 71, making the nations capital a hot spot for pot!

While residents can transfer up to one ounce of marijuana to another person 21 years or older, under the newly adopted Initiative 71 it is currently stated that the sale of cannabis is still illegal. However, that segment of the measure could still be altered or even disregarded because of congressional control over D.C.’s voter-approved measures.

Alaska’s Ballot Measure 2 votes have not yet been released to show if it is a win or lose on their end as of yet, but surely this news will come soon enough. Ballot Measure 2 in Alaska would legalize recreational use of marijuana in the state, and as far as we know the early results show that nearly 53% of Alaskan voters were in favor.

Alaska’s Ballot Measure 2 would also allow any person 21 years or older to possess up to one ounce of marijuana and grow up to six plants.

Despite what many residents assumed would be a swift victory for those in favor of legalization of medical marijuana, Florida voters said ‘no’ on Amendment 2. While nearly 57% of voters had cast ballots for a ‘yes’ on the issue of medicinal use of cannabis in the state, Amendment 2 would have required an amendment in Florida’s state constitution. Because of the need for this alteration in order to support the bill, it would have required at least 60% of the vote to pass.

One development that may come from all this is the fact that Florida lawmakers will now have to take their time and do their due diligence to prepare a sound enough strategy to revisit the issue of legalization, given that a lot of the anti-amendment 2 advertising exposed a lot of potential flaws in the legislation. Though only a few of states actually had proposed the legalization of marijuana in the midterms, there is already talk among the politicians in other states of following suit in 2016, which could see even more gains for marijuana legalization.

Given that the Republican Party has reportedly won over a great majority of the midterm, many say that there is a chance we will see a shift in how the politicians of the nation will be creatively addressing the concept of restrictions and regulations of marijuana. At this point Florida will have to get back to the drawing board.

With more and more states making moves in the direction of legalizing marijuana either recreational or medical, is the recovery community going to be experiencing a new wave of rehabilitation? Will more people chose to use recreational marijuana, or will more drug use result in more and more cases of addiction as drug users exploit the changing in legislation? Only time will tell what effect marijuana will have on the future. If you or someone you love is struggling with substance abuse or addiction, please call toll-free 1-800-951-6135