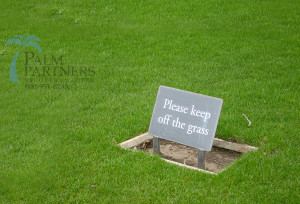 Just how far are the Florida anit-marijuana crusaders known as the ‘No On 2’ group willing to push the envelope as far as their campaign to undermine the legislation to legalize medicinal marijuana in the state of Florida? The Right to Medical Marijuana Initiative 2 is something that is being placed in the hands of the people very soon to either approve or deny, and this group of anti-marijuana advocates are pulling out all the stops in hopes that Florida will see that a ‘pot doc’ is a drug dealing boogie-man, and they are coming to corrupt your children, pillage and plunder!

In ‘No On 2’s latest piece of anti-pot propaganda to prevent the legalization of medical marijuana the group has launched a new campaign that suggests marijuana, not alcohol or even specifically roofies, will be used as the new date rape drug?! How closely this reminds me of a certain black and white propaganda film from a long time ago.

What is a date rape drug? It typically is NOTHING close to marijuana. Generally predators slip drugs like ketamines (Special K) or rohypnol (roofies) into drinks or food when their target isn’t paying attention in order to intoxicate the victim, sometimes beyond consciousness. Most of these drugs typically have no color, smell or taste. The drugs not only make you physically weak but slow down your brain. When an actual date-rape drug has been used it is described that you feel confused and thereby unable to refuse sex.

So from the sounds of it marijuana is nowhere near the common definition of a ‘date-rape drug’.  A huge problem created with this kind of ad it that people then become distracted from the fact that alcohol is not only the most dangerous drug out there, but it is the single most commonly used substance ever credited to help commit all forms of sexual assault. Yet alcohol remains perfectly legal, and groups like ‘No One 2’ don’t seem too interested in bringing back prohibition.

Now I would be lying to say there isn’t some legitimate evidence to suggest that people experience impaired judgment while high on marijuana, the type of effect on reasoning and reaction time that is caused by actual date-rape drugs or alcohol is beyond any extent marijuana could effect on a person. Never mind the women survivors who have actually experienced sexual assault after being drugged with real date rape substances.

The Devil is in the Details?!

The ‘No On 2’ group previously posted a video called The Devil is in the Details which featured police officials and other so-called ‘experts’ on the subject who all claimed that Amendment 2 would grant easy access to pot for anyone, regardless of their medical state. In an attempt to prove this point

Yet the amendment specifically states that it “does not authorize ‘the use of medical marijuana by anyone other than a qualifying patient.'”

Sheriff Grady Judd, the president of Florida’s Sheriff Association made the claim that any vote to approve Right to Medical Marijuana Initiative 2 , is “a vote for legalizing marijuana forever in the state of Florida” and continued to imply that if approved, this initiative would not regulate the medical aspect.

Susan Kelsey, a constitutional law attorney was recording during the documentary that the amendment would be one of the most lenient medical marijuana laws in the country, and the video goes on to paint a picture of the initiative as being riddled with loop-holes, and designed to easily manipulate by pointing out the words ‘other conditions’ in the list of disease that would qualify patients to receive medical marijuana.

In this video the narrator even emphasizes that 90% of medical marijuana in other states is prescribed for “pain” in a sarcastic tone, which sounds like ‘No On 2’ means to state that all those cancer patients and other seriously ill individuals are probably faking it, along with people who have trouble sleeping right?

In this video, ‘No On 2’ goes even further with an attempt at what I personally see as a scare tactic. They try to compare Florida’s potential future medicinal marijuana industry to the recent ‘pill mill epidemic’ that swept through claiming lives of hundreds of residents. Thankfully

So they aim to show that pot is anything like Oxycodone? The organization pushing against medical marijuana is saying now that ‘pill mills’ will now be replaced with ‘pot docs’. ‘No On 2’ claims that ‘pot docs’ are going to be plaguing our neighborhoods, established next to every school and on every corner. They play very scary music, and use edgy camera angles to drive home how terrifying it will be when marijuana invades your home! But is it really that serious?

Now this part is just ridiculous. The Devil is in the Details claims that there is no age requirement in the legislation, which means kids will be able to obtain medical marijuana off of any drug dealer off the street, without the consent of a parent or guardian.

Also, the video states that ‘care-givers’ will be distributing medical marijuana and not liscened doctors. So they tell the viewer that the amendment basically legalizes anymore to be a drug-dealer, and to sell to all ages.

Worst of all, the video continues to threaten the viewer with the idea that this is an inescapable infestation of ‘pot docs’ and drug dealers that are being unleashed on their neighborhoods. The interviews in the short film consistently make claims that this new amendment is not about medication for the sick, it is about making money and protecting the drug-dealers and crooks while they destroy Florida with their dirty dope!

The Fact VS The Fiction

CLAIM– In reference to the availability of medical marijuana, the website asserts “anyone who wants pot will get it.”

FACT– In their decision placing Amendment 2 on the November ballot, the Florida Supreme Court affirmed that only patients with “debilitating” diseases and medical conditions would qualify for medical marijuana.

CLAIM– “Teens will be able to legally purchase pot without their parents’ consent.”

FACT- In order to purchase medical marijuana, you would need a doctor’s recommendation. Under Florida law, barring a few extenuating circumstances, physicians are not allowed to provide medical treatment to minors without parental or guardian consent.

CLAIM– Amendment 2 will lead to a “pill mill”-like scenario in Florida. “Pot docs” will “spring up next to restaurants, schools, churches and supermarkets.”

FACT– The State of Florida’s office of Economic and Demographic Research has already addressed this issue. Required physician examination, the application process with the Department of Health, the regulatory structure that would be implemented by that same body and subsequent protective laws that may be passed by the legislature would make this scenario extremely unlikely. (See pages 10-11 of OEDR Financial Information Statement)

CLAIM– felons-even drug dealers would be able to qualify as caregivers in order to administer medical cannabis to severely ill patients.

FACT– If the amendment is passed, the Florida Department of Health will be tasked with issuing detailed regulations regarding qualification requirements for caregivers. During that process United for Care will fight alongside any organization that is concerned about making sure nobody with a record of dealing drugs can become a qualified caregiver.

The thousands of men and women who use medical marijuana to treat severe problems, from anxiety and depression to chronic pain and inflammation are not helpless victims who are void of a comprehension of the effects of marijuana. They are people who battle REAL diseases and suffer REAL pain, despite what the people in ‘No On 2’ may assume with their vast experience.

Perhaps it is true that more effort should be taken to ensure the medical marijuana is legalized in a safer and more constructive environment. Perhaps the general public should make sure they are aware of the current amendment being put forth and the effect it will have on the community. However, scare-tactics and false information is probably not the best way to motivate positive improvement in a changing policy. If you or someone you love is struggling with substance abuse or addiction, please call toll-free 1-800-951-6135