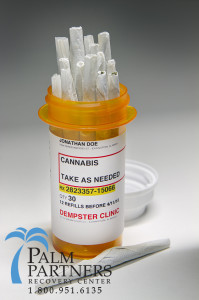 To date, there have been over 21 U.S. states to legalize Medical use of Marijuana, including most recently Illinois in 2013, Maryland in 2014, and now Florida is on the trail. Legislation offering cannabis to be allowed to patients suffering from serious medical conditions in order to benefit from the plant’s pain relieving powers has been debated, revised, and now a plan has been established in the Senate here in the Sunshine State. Several other states have pending legislation including New York, Missouri, South Carolina and Ohio to pass such initiatives, and there is much concern as to the effect such laws may have on the immediate communities.

The “poster child” for a strain of marijuana that is high in cannabidiol (CBD) and low in euphoria-inducing tetrahydrocannabinol, also known as THC, is 11-year-old Panhandle girl named RayAnn Moseley suffering from a rare form of epilepsy and cerebral palsy. This child accompanied by her mother helped sway the hearts of uncertain lawmakers that resulted in a resounding 36-3 vote to pass the plan for the institution of Medical Marijuana in Florida. The Senate overwhelmingly approved this new proposal, which was sponsored by Sen. Rob Bradely who is a Fleming Island Republican and former prosecutor, on Monday legalizing a specific strain of marijuana that could eliminate life-threatening seizures in children with a rare form of epilepsy. The strain now known as “Charlotte’s Web” is on its way to helping over 150,000 children like RayAnn Moseley in Florida alone who suffer from these seizures.

The Senate plan is backed by the Florida Medical Association and the Florida Sheriffs’ Association, but is missing some of the more elaborate elements Gov. Rick Scott is hoping to solidify and which are included in the House version. Gov. Scott wants patients to enroll in clinical trials and for the Department of Health to create an “Office of Compassionate Use” that would “enhance access to investigational new drugs for Florida patients through approved clinical treatment plans or studies.” This makes all the sense in the world, as any studies on “investigational new drugs” are the first step in the Food & Drug Administration approval process. The Senate plan would decriminalize marijuana, as long as the plant contains no more than 0.8 percent THC, the component that gets users high, and at least 10 percent of cannabidiol. The proposal permits there to be established one to four distribution centers — one in each part of the state —which would be then be regulated and operated by the same bodies that grow the actual marijuana and manufacture the substance, to be distributed to patients in the form of oil or paste for consumption. The Senate measure limits eligible patients to those suffering from seizures, while the House plan would give doctors discretion to order it for patients with other conditions.

Already since last summer, more than 60 businesses have sprouted in Florida with names suggesting the initiators intend to get into the medical marijuana business, and an immense majority filed for incorporation forms just in the past two months alone. These infant corporations appear to be formulating to offer everything from plant cultivation and legal advice, research and development to retail dispensing, all the way down to security specialties. Showing an obvious growth and diversity and job opportunities, it may not be the worst thing.

In Relation to Recovery

The question this movement now potentially creates is how closely are these distribution centers intended to be monitored and regulated, how strictly will the requirements upon doctors to properly prescribe the usage of cannabis for medical purposes be upheld and enforced, and what kind of effect could this have on the community. Keeping in mind South Florida specifically has such a large sub-culture of a recovery community, and a vast population of that community is young people, some may ask what possible impact the option of legal marijuana of any nature could have on those in early recovery. A few find it easier to minimize the use of cannabis can negatively have on addicts. However individuals with experience as active members of recovery can attest most often unanimously that a drug is a drug, and that trying to justify use of marijuana for medical purposes is questionable for someone struggling with substance abuse. Even as a prescription, many addicts are aware of how hard it is to “take only as directed”.

If you or someone you know needs help with substance abuse or addiction, please contact Palm Partners at 1-877-711-4673.