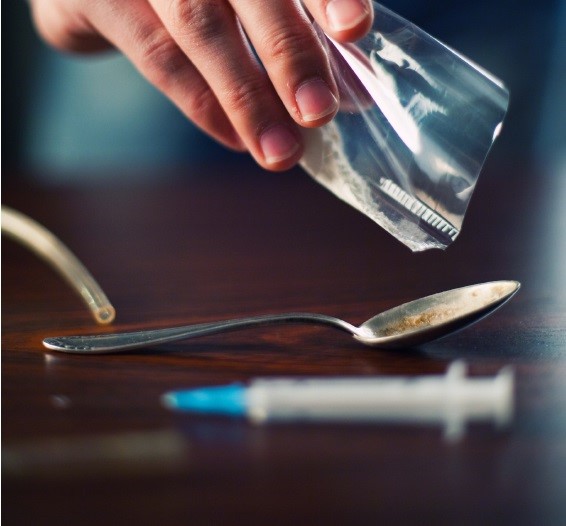 Recently, we wrote about how the Justice Department was resisting the implementation of a safe injection site in Kensington, Philadelphia. The nonprofit group Safehouse was pushing forward with negotiations to sign a lease on a property. Despite having support from local government, federal prosecutors are pursuing a lawsuit to prevent the site from opening.

Now, reports say the Safehouse supporters are arguing that their religious freedom is being violated by the federal government.

The Truth about Safe Injection Sites

Just to get everyone up to speed, the idea of supervised injection sites is to offer people a safe environment where they can use drugs under medical supervision. These sites offer:

However, these locations do not supply drugs and do no promote the sale of illicit narcotics. Primarily, these facilities exist to preserve life. With devastating overdose death rates still rising across America, saving lives is the focus of these initiatives.

Not only do these safe injection sites fight to keep drug users alive, but they also offer a way to try and connect users with treatment. At each location there is staff that specializes in working with drug users to access resources including:

Currently, no supervised injection sites exist in America. However, such facilities are operating in other parts of the world, including:

Moreover, data collected on the safe injection site in Vancouver, which has been there for more than a decade, shows:

For now, one has never officially opened its doors in the United States. However, health officials and lawmakers in several other cities have also been proposing similar injection site programs, including:

At the end of the day, advocates and elected officials alike feel that taking some kind of innovative action is increasingly necessary as the opioid crisis continues to claim lives in record numbers.

Still, the U.S. Attorney for the Philadelphia area William McSwain is not letting up on his attacks against the initiative. While he claims to believe that the movement is trying to do the right thing, he insists they are going about it in the wrong way. He states,

Back in February, McSwain and the Trump administration sued Safehouse to try and shut them down. In their argument, the prosecutors cited so-called “crack house” laws, which make it a felony to knowingly open, lease, rent, use, or maintain a property for the purpose of manufacturing, distributing, or using any controlled substance.

This law permitted the Justice Department to prosecute property owners who knowingly and intentionally allowed others to use their property to hold events for the purpose of distributing or using drugs. Now, officials in the federal government are trying to use it to undermine harm reduction efforts to curb the opioid crisis.

For most, the interference from the federal government is no surprise. In fact, last year Deputy Attorney General Rod Rosenstein promised a swift and aggressive response to any effort to open a safe injection site. Rosenstein claims,

“If local governments get in the business of facilitating drug use … they’re actually inviting people to bring these illegal drugs into their places of business. If you start down that road, you’re really going to undermine the deterrent message that I think is so important in order to prevent people from becoming addicted in the future.”

So despite the evidence from the Vancouver study, some officials remain stagnant in their opposition. Likewise, plenty of people around the country are still not sure what to think of supervised injection facilities. Some people still think expanding naloxone access for first responders is a waste of money. But at the end of the day, should saving lives not be the primary focus? And shouldn’t first responders and medical professionals be properly equipped to help people?

Safehouse is Fighting Back

In response, Safehouse has collected a team of a dozen pro bono lawyers to help them fight the federal opposition. Earlier this month, Safehouse counter-sued the government in federal court in Philadelphia.

These new proceedings could very well set far-reaching precedence, as legal experts believe the Safehouse’s grounds for dispute could test the limits of the law. In their counter-suit, Safehouse lawyers make two very strong arguments.

The legal team representing the nonprofit organization maintains that those “crack house” drug laws from the 1980s were intended to shut down locations run by illicit drug makers, drug dealers, and drug users.

Conversely, the Safehouse would be a medical facility. Attorneys argue that these statutes were never meant to apply to medical facilities, let alone one trying to provide life-saving resources to a vulnerable population in the midst of a modern public health crisis. One Safehouse lawyer, Ilana Eisenstein, wrote that the Controlled Substances Act “does not regulate medical treatment or the practice of medicine.”

Eisenstein also asserts that Safehouse is not established “for the purpose of unlawful drug use.”

This is a pretty notable strategy. Court documents from the Safehouse lawyers also try to make the argument that shutting them down would be a violation of the Religious Freedom Restoration Act. This 1993 federal law protects people from being barred from exercising their faith.

Now THAT is an impressive perspective. Ilana Eisenstein wrote:

“[This] service is an exercise of the religious beliefs of its Board of Directors, who hold as core tenets preserving life, providing shelter to neighbors, and ministering to those most in need of physical and spiritual care.”

Ronda Goldfein, the vice president and co-founder of Safehouse, states:

“If we feel like this is in our power to make this happen, or go down trying, we owe it to all those we’ve lost.”

And to be honest, this argument makes perfect sense. Many Safehouse supporters compare the life-saving potential of safe injection sites to the impact that syringe exchanges had on reducing death rates during the AIDs epidemic.

Needless to say, the court’s decision on these arguments could be the catalyst that sparks a new wave of legal fights for safe injection sites. Meaning the outcome of this case could have a significant ripple effect on the rest of the country. Either it will set a new precedence for allowing supervised injection facilities, or, perhaps permanently blocking them.

Philly Officials Holding on to Hope

Despite clashing in court with the federal government, several top public officials of Philadelphia, including the district attorney and the mayor, endorse the safe injection site proposal. Again, many put the focus on finding an effective way of fighting overdose deaths. Tom Farely, Philadelphia Health Commissioner, states:

“I’m a public health official whose job it is to prevent needless deaths. The evidence is clear that these facilities save lives while serving as an entryway to drug treatment.”

Additionally, city leaders assume the public that no public money will go toward opening the facility. Instead, Safehouse will be funding the project by raising private money. Even in the face of a daunting legal battle, members of the nonprofit say they are continuing to raise money for the site. Their hope is to be able to open it in a year. Ronda Goldfein said,

“If you find a place that accepts the fact that you’re going to be consuming drugs and still offers you services in a non-judgmental way, you’re going to start to trust them. And once there’s a trust relationship, you’re more inclined to accept the range of treatment they’re offering, which includes recovery.”

Some neighbors in the area are not entirely convinced this is a good plan. Meanwhile, others think that with the opioid epidemic not slowing down, something has to be done to save lives.

So is a safe injection site a good or a bad thing? And should a safe injection site be exempt from the “crack house” laws as a medical facility? Will this kind of program create a positive impact on communities that are suffering from the epidemic? There are still a lot of questions. Perhaps soon we will have more answers on the future of Safehouse.

We can say that any initiative that helps connect people with comprehensive addiction treatment should not be dismissed out of hand. The more opportunities we have to connect people with quality care for substance abuse and co-occurring disorders, the better chance we have of overcoming this deadly drug crisis. Palm Partners Recovery Center believes in providing the very best in comprehensive treatment resources. For over two decades, we have helped people from all over the country build a foundation for a better life. If you or someone you love is struggling, please call toll-free now. We want to help. 1-800-951-6135