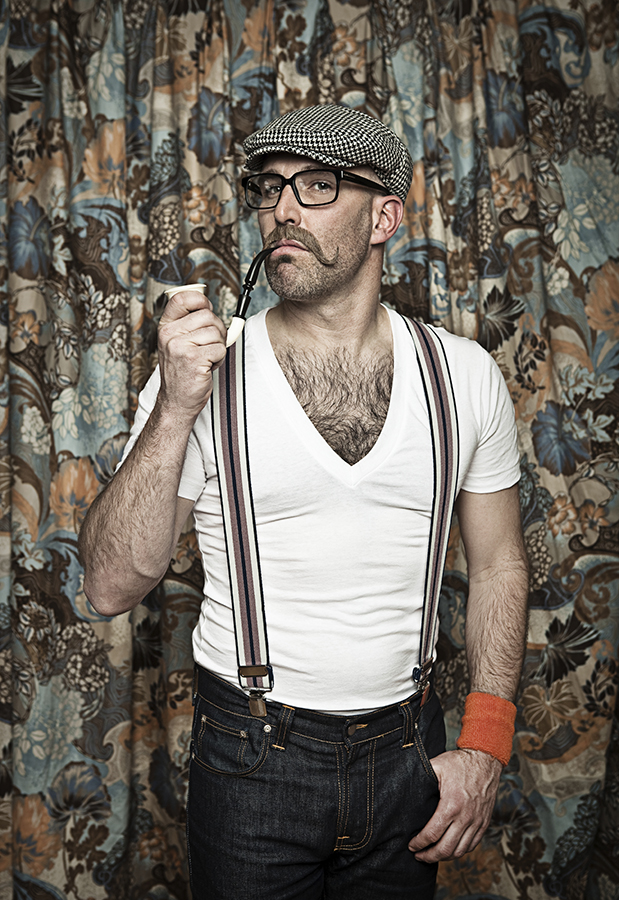 Quitting smoking is now cool, or maybe it already was and you didn’t know… either way some people will go out of their way to let you know they quit cigarettes prior to it even being a thing. They may be wearing a thrift store fedora, colorfully patterned suspenders, or a beard of epic proportions… but that’s neither here nor there.

While anti-smoking has come a long way as far as getting tobacco put on new restrictions in (or being completely taken out of) several forms of media for advertising, it seemed for a while that the battle was changing hands to those fighting for the right to vape.

Now one campaign has been deliberately aimed at those who are just too cool to smoke anymore; Hipsters. And yes, your nifty vintage corn-cob pipe counts! So park your fixed-geared bikes and put on your Buddy Holly glasses (even though you read just fine without them) because this is for YOU, guy so cool you don’t even want to be the cool guy!

In the past few years this emergent trend has formed as the federal government has spent millions of dollars on an anti-smoking campaign that has apparently been designed to hone in on the indie-art-loving, abstract-instrument-playing, different-than-anyone-being hipster! The project defines the ever so alpha-trendy “hipster” as young adults who are:

“Focused on the alternative music scene, local artists and designers, and eclectic self-expression.”

These people know what they’re doing too, as they have intended to target the hipster exactly where it hurts, developing ads that recommend alternatives to using tobacco like:

The project is called Commune, which is described as a “social brand” created by a former MTV Real World cast member, Pamela Ling with the help of Rescue Social Change Group. Ling is a bit more than a former reality TV hipster, but has actually become a medical professor at the University of California San Francisco. The Commune project works by employing tactics focused where hipsters are most vulnerable, such as:

The Commune campaign has been granted more than $5 million from the National Institutes of Health (NIH) since 2011. All that funding has been used for social events, ads, social media posters, and t-shirts.

If hipsters love anything more than vintage cameras or sarcasm, it is free music, ironic local band T-shirts (preferably with cat pictures), or writing about it all on their blog to document the fact they were doing things before the masses caught on.

Commune also has an area on their website dedicated to uniting the hipsters! In the segment about ‘Quit Groups’ they describe how 15 locals meet up for 10 weeks hoping to decrease their smoking rates and eventually quit using. In these support groups smoking rates are measured using a smokerlyzer, which is a device that measures the carbon monoxide levels in their lungs.

Each week a participant’s smoking rate decreases they’re awarded a cash incentive.  At certain intervals, smoking is also measured using a saliva test strip. Through this process a local smoking counselor is also available at some weekly meetings to answer any questions. Warning, he may or may not be cooler than you.

The hipster-inspired anti-smoking movement doesn’t just stop its infiltration of the hipster psyche with music and fashion. Commune also has close connections to the ideas of progressive politics, criticizing “neoconservative political candidates” for taking donations from Big Tobacco. The Commune’s website doesn’t pull any punches when it comes to blaming Big Tobacco for contributions to some of the world’s biggest issues, stating that the tobacco industry is involved in:

However there has been some blow-back from Commune making these kinds of claims, some even calling it hypocritical since in 2004 there was a NIH study which determined that both Democratic and Republican lawmakers have accepted contributions from the tobacco industry. Apparently some hipsters are willing to do their homework.

Why even get involved in the debate? Well according to Pamela Ling, hipsters are more likely to respond to political concerns than health concerns. In 2010 she said in an article that,

“Saying ‘Smoking is bad for you’ isn’t relevant to them. But they do care about self-expression and social justice.”

Regardless of the hiccup with politics, the NIH has recently defended this strategy. To them, the project is about more than immediate results, but also about developing a method of social marketing intervention to hinder Big Tobacco from catering to young adults, and to further promote prevention of smoking related diseases in America. Not just for the here-and-now hipsters, but for future generations of vegan-loving, mustache-curling, arts-and-crafts-making cool kids.

It can’t be a bad thing that they have started this whole movement that feels almost like it should be called ‘save the hipsters’ in an effort to try and ensure that vinyl albums and oversized scarfs will be sold for years to come. This shows that the people fighting Big Tobacco are willing to be innovative and open-minded to unique ideas, and that they have made the younger population are primary target for tobacco related disease prevention.

For now… for just one repost of this blog… you can help save the hipsters.

Disease prevention and raising awareness about the health risks associated with drugs, including alcohol and tobacco, is increasing important. Fighting the disease of addiction is probably more important than ever, so what are you willing to do to inspire change for yourself and others. If you or someone you love is struggling with substance abuse or addiction, please call toll-free 1-800-951-6135