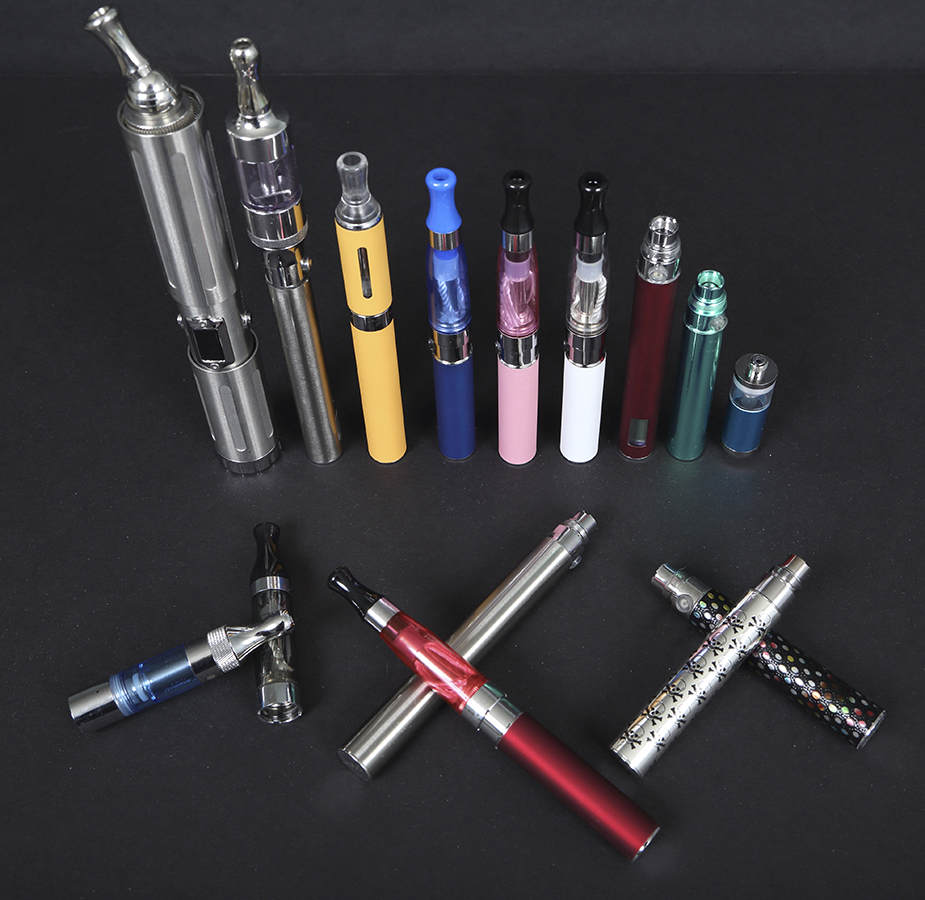 Electronic cigarettes and vapes are a booming business and a fast-growing trend, having become a $2 billion per year industry since 2007. The main selling point of electronic smoking devices is that they are a safer alternative to traditional smoking. Now, that may be true but, only to the extent that getting hit in the head with a baseball bat is safer than being thrown off of a building; it doesn’t mean that e-cigs are actually safe.

There has already been some debate and preliminary research as to just how “safe” the ingredients, namely glycerin oil and formaldehyde, are given that the user inhales these through a device that heats the oil to an extreme temperature. In fact, more and more the use of vapes and e-cigs inside buildings and public spaces are being banned – an indication that there is concern of harms from second-hand smoke, just like with traditional cigarettes.

Now, a new paper published in PLOS ONE by lead author Thomas Sussan from Johns Hopkins Bloomberg School of Public Health has found that mice that were exposed to e-cig vapor had weaker immune systems than those mice that were not exposed to it.

“Our findings suggest that e-cigarettes are not neutral in terms of the effects on the lungs,” senior author Shyam Biswal said in a press release. “We have observed that they increase the susceptibility to respiratory infections in the mouse models. This warrants further study in susceptible individuals, such as COPD [chronic obstructive pulmonary disease] patients who have switched from cigarettes to e-cigarettes or to new users of e-cigarettes who may have never used cigarettes.”

The study looked at two groups of mice: one group was exposed to vapor from electronic cigarettes for two weeks, and the other breathed only fresh air. Next, each group – the vape-exposed one and the fresh air one – was separated into subgroups. The first group was exposed to Influenza A, the next was exposed to the pneumonia-causing bacteria Streptococcus pneumoniae, and the third group was not given any illness-causing microbes.

The mice that had been exposed to the vapor from the e-cigs had infections that were much more severe than the mice from the fresh air-breathing group, indicating a weakened immune response. For some of the mice, these infections were fatal. Further investigation into the mice revealed physiological changes that had taken place in them.

“E-cigarette vapor alone produced mild effects on the lungs, including inflammation and protein damage,” Sussan explained. “However, when this exposure was followed by a bacterial or viral infection, the harmful effects of e-cigarette exposure became even more pronounced. The e-cigarette exposure inhibited the ability of mice to clear the bacteria from their lungs, and the viral infection led to increased weight loss and death indicative of an impaired immune response.”

Sussan added, “We were surprised by how high that number was, considering that e-cigarettes do not produce combustion products. Granted, it’s 100 times lower than cigarette smoke, but it’s still a high number of free radicals that can potentially damage cells.”

Free radicals in the body can alter DNA and have cancer-causing effects. With ordinary cigarettes, the smoker inhales toxins (400 to be exact, with 60 of those being known carcinogens), whereas electronic cigarettes produce a nicotine aerosol vapor that is inhaled by users. As for the lack of burning that takes place with traditional cigarettes, which can prevent some chemicals from being released, there are still a number of free radicals being introduced into the body via e-cigs and vapes.

Obviously, more study is needed on this subject in order to fully understand the effect of e-cigarettes on the user’s health as well as those who are exposed to second-hand vapor, and how it could contribute to disease. E-cigs and vapes hit the market about seven years ago, quickly becoming popular people wanting to quit smoking as well as with former smokers of traditional cigarettes. In 2013, it was reported that more teenagers had tried e-cigarettes than had tried traditional cigarettes, making it incredibly important to know what the real risks are, especially to young users.

If you or someone you love is struggling with substance abuse or addiction, help is just a phone call away. We have Addiction Specialists available 24/7 to answer your questions, share resources, and get you pointed in the right direction. Please call toll-free 1-800-951-6135 today.