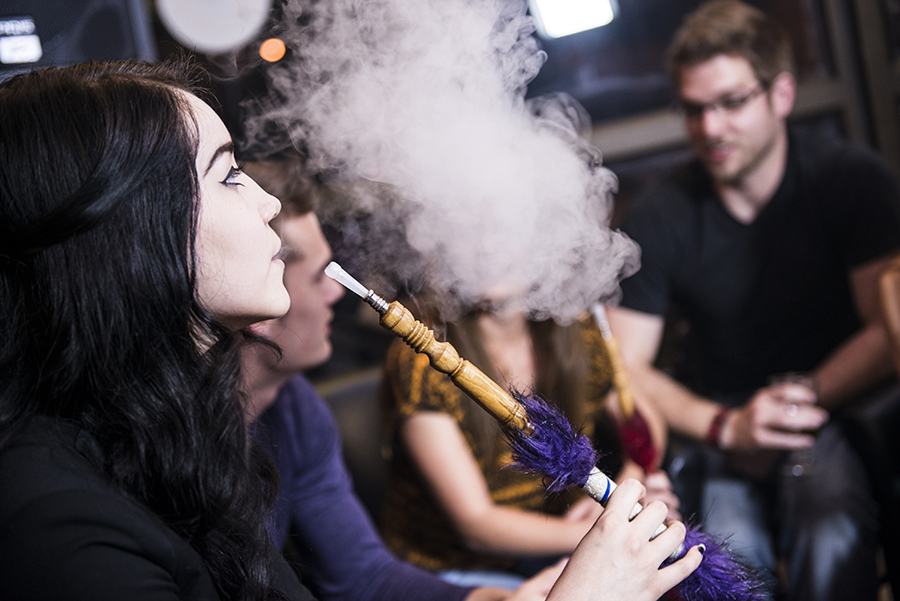 Turns out, smoking hookah isn’t a safe alternative to cigarettes, unlike commonly thought.

It’s been thought for a while now that smoking hookah was a safer alternative to nicotine use, but a new study finds that hookah smoke also contains cancer-causing chemicals.

Research led by Nada Kassem, an associate director at the Center for Behavioral Epidemiology and Community Health at San Diego State University, shows that people who smoke hookah or even inhale second-hand hookah smoke could be inhaling a chemical known as benzene; Benzene is a known offender in the increased risk of developing leukemia, cancer of the blood, and acute myeloid leukemia, another type of cancer of the blood and bone marrow.

The study’s findings were published in last month’s issue of the journal Cancer Epidemiology, Biomarkers & Prevention.

In order to conduct the study, scientists collected urine samples from 208 people. Of those, 105 had smoked a hookah; the remaining 103 participants had been exposed to second-hand hookah smoke. The researchers found levels of a compound called S-phenylmercapturic acid (SPMA) to be four times higher among those who smoked at a hookah lounge and twice as high if they smoked at home.

SPMA forms when benzene is broken down in the body.

And those participants who were merely in contact with hookah smoke second-hand were found to have SPMA levels that were 2.6 times higher than before they entered the hookah lounges.

“In contrast to what is believed [by many people], hookah tobacco smoking is not a safe alternative to smoking other forms of tobacco,” said Kassem. “In addition to inhaling toxicants and carcinogens found in the hookah tobacco smoke, hookah smokers and nonsmokers who socialize with hookah smokers also inhale large quantities of charcoal combustion-generated toxic and carcinogenic emissions.”

This latest research is backed by findings of a study published back in May in the same journal, which showed that even a one night of smoking a hookah can cause a drastic increase in nicotine levels as well as exposure to cancer-causing agents. This research also looked at before-and-after urine samples with regards to smoking a hookah, finding an increase to the tune of 73 times in nicotine levels; a four-fold increase in continine levels, which is a metabolite of nicotine; a two-fold increase in NNAL, which can cause lung and pancreatic cancers; and an increase in benzene.

The lead researcher on that study, Gideon St.Helen, Ph.D., who is a postdoctoral fellow in the Division of Clinical Pharmacology and the Center for Tobacco Control Research and Education at the University of California, San Francisco, said that the findings revealed that hookah use “is not without risk, particularly among children and youths.”

If you or someone you love is struggling with substance abuse or addiction, help is available. Please call toll-free 1-800-951-6135 to speak directly with an Addiction Specialist, day or night. You are not alone.