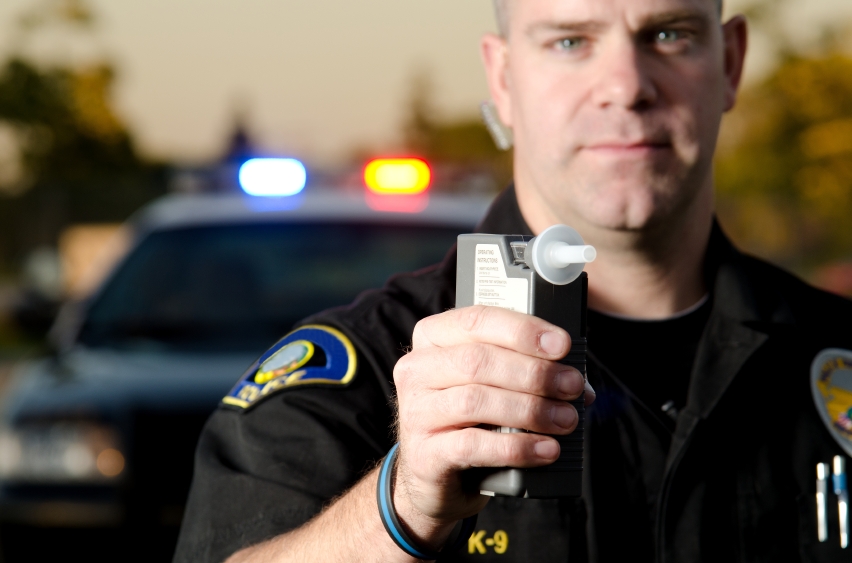 If you have ever been accused of driving under the influence by a police officer, you may have been faced with the choice of whether or not you should take a breathalyzer test.  Many addicts who suffer from alcoholism or other drug addictions may have made the unfortunate mistake of driving under the influence. However, refusing a breathalyzer test can lead to harsh consequences like suspension of your driver’s license and even jail time.

In Florida, if you are pulled over for a DUI and are asked to give a breath, urine, or blood test and refuse, you are immediately subject to a year license suspension. Florida’s “implied consent” law states that if an officer has probable reason to believe that you have been driving under the influence, then you must consent for a test to determine your state. If you are asked to do more than one test, you must abide or face penalties.

Did you know you can be arrested for a DUI even if your vehicle is not in motion? If you are shown to have any physical control of the vehicle while under the influence, the potential to drive is enough for a Florida court to say you were in control of the vehicle.  Any refusal of a test can result in arrest. In Florida, the first time you refuse a test, you lose your license for one year. Any subsequent refusal will result in 18 month suspensions and penalties such as jail time and a misdemeanor.

Should You Refuse to Take a Mandatory DUI Test?

In most states, you have the option of refusing a DUI test however there are still consequences. The penalties for refusal are milder than those for a DUI but you can still go to jail if you refuse to take the test more than once.

Now, a landmark case will decide whether a driver should have the choice at all. The U.S Supreme Court will make a decision soon on whether or not motorist can be charged with a crime if they refuse to take a breathalyzer test on suspicion of drunk driving.

Two individual cases out of Minnesota and North Dakota involved motorist being charged with a crime after refusing to take a breathalyzer test. These two cases come from two out of the 13 states that have made it illegal to refuse a blood alcohol tests. Now, four other states are considering adopting similar laws including California and Missouri.

In 2013, the Supreme Court ruled that police needed a warrant in order to conduct blood tests for drunk driving. It was argued that “the federal constitutional rights of all of these people are being infringed.”

In Montana, a DUI-related program was debated in the Supreme Court on whether or not it was constitutional. The 24/7 Sobriety Act began in 2012 and exists in dozen of counties throughout the state. The act forces repeat DUI offenders to take twice-daily breath tests and cover the expense out of pocket. The tests can be pricey. It costs —$2 for a breath test and $10 for a drug screen or wearing an ankle bracelet for the day. Missing tests results in a warrant for their arrest and flunking means automatic jail time.

The 24/7 Sobriety Act was brought to the Supreme Court and they ruled in July that the Act was not unconstitutional however the way the act was conducted was. For example, Robert E. Spady was a Lincoln County resident who was arrested for a DUI and careless driving in 2013.  Spady missed three of his required twice-daily alcohol tests and was charged with three misdemeanor counts of criminal contempt.

Spady’s attorney argued that the program was unconstitutional because requiring participants to pay 2 dollars per test was excessive. The program also was prior to the defendant being convicted which was deemed to be unjust. The law that allowed for the creation of 24/7 is vague and equates to an unlawful search and seizure.

On the other side of the argument was the Montana Attorney General’s Office who said that the program was an ideal way to combat Montana’s severe problem with drinking and driving.  He argued that the fees were reasonable to protect the roads from repeat DUI offenders. Therefore, the fees were in place to recoup the cost of the program.

This was obviously a heated decision with multiple viewpoints to consider but ultimately, the Supreme Court voted that the program was not unconstitutional but the way it was conducted was. Now the 24/7 Sobriety Act will be modified to meet specific guidelines.

Do you think the decision was handled the right way? Hopefully, these modifications will be for the better. Driving under the influence is dangerous not just for you, but for those on the road. Be smart out there and monitor your drinking behavior. If you or someone you love is struggling with substance abuse or addiction, please call toll-free 1-800-951-6135.