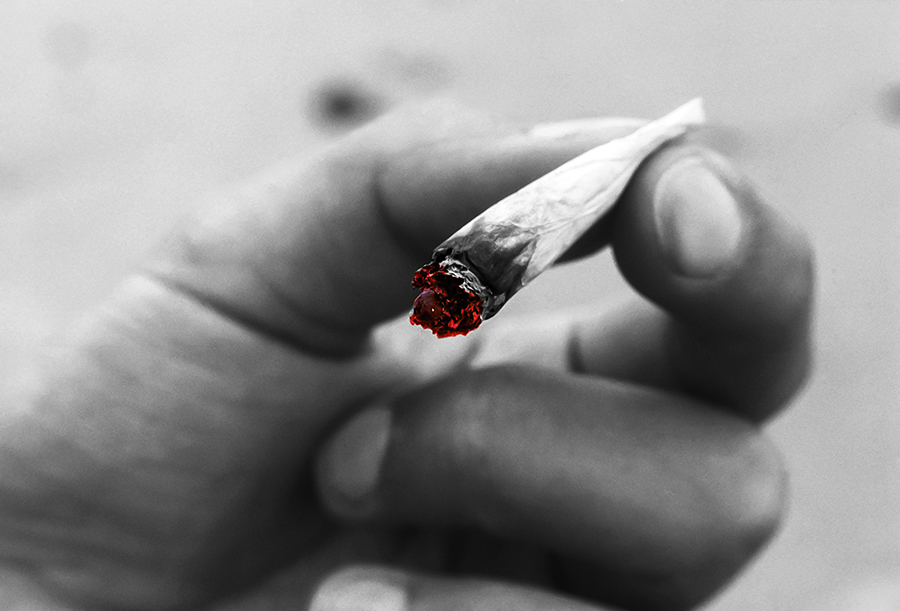 Recently there has been some debate about cannabis use and drug-induced psychosis. Experts argue the possible relationship between chronic marijuana use and psychiatric disorders. A similar debate is the supposed connection between cannabis and common mental health disorders, including anxiety and depression. Specifically, how drug use in teens can lead to mental health issues.

A new study now suggests there is strong evidence to link cannabis use and the development of mental health disorders.

New Study on Teen Cannabis Use

As a review of observational studies, this was the first to look only at the effects of cannabis use in adolescents. One school of thought suggests that teen cannabis use may alter the physiological neurodevelopment of adolescent brains, including:

However, the long-term impact of cannabis use in young people is still relatively misunderstood. This new study was conducted by a team of researchers from:

23,317 individuals from 11 international studies were analyzed to collect the data, using a systematic review and meta-analysis of the best available evidence. One of the researchers is Professor Andrea Cipriani, NIHR Research Professor of Psychiatry at the University of Oxford.  According to Professor Cipriani:

“We carefully selected the best studies carried out since 1993 and included only the methodologically sound ones to rule out important confounding factors, such us premorbid depression.”

The purpose of the study was to see if cannabis use in young people could be associated with issues in early adulthood, including:

After reviewing the data, the researchers suggest that cannabis use among adolescents is associated with a significantly increased risk of depression and suicidal tendencies, but not anxiety. According to the study, of those struggling with these mental health disorders, approximately 7% were potentially attributable to cannabis exposure. This means that cannabis could be connected to:

Researchers do note that the risk-level for each individual could be considered modest. Moreover, not everyone who consumes cannabis would be at an elevated risk of depression or suicidal tendencies. However, due to the prominence of teen cannabis use, that risk becomes much more troubling. While the percentage of all users to be at risk may be relatively low, it still indicates a considerable risk for a great many young people.

One of the researchers on the study is Dr. Gabriella Gobbi. Dr. Gobbi is a Professor in the Department of Psychiatry at McGill University and a scientist at the Research Institute of the McGill University Health Centre. When discussing the results of the study, Dr. Gobbi states:

“While the link between cannabis and mood regulation has been largely studied in preclinical studies, there was still a gap in clinical studies regarding the systematic evaluation of the link between adolescent cannabis consumption and the risk of depression and suicidal behavior in young adulthood. This study aimed to fill this gap, helping mental health professionals and parents to better address this problem.”

Professor Cipriani states that despite teen cannabis use being so widespread, the long-term effects of chronic cannabis use are still barely understood. Cipriani believes the study’s findings of depression and suicidality are very relevant for clinical practice and public health. Cipriani states,

“Regular use during adolescence is associated with lower achievement at school, addiction, psychosis and neuropsychological decline, increased risk of motor vehicle crashes, as well as the respiratory problems that are associated with smoking.”

Again, the researchers do acknowledge that the severity of the negative effects of cannabis can vary between individuals. Additionally, there is not enough data to predict what dosage of cannabis is associated with higher risks of mental health issues. Therefore, they believe it is currently not possible to predict the exact risk for each teenager. However, the prevalence of teen cannabis use makes it an important public health issue. Therefore, it should be closely studied to help support the long-term well-being of young people. Moreover, this could help create stronger programs for dual diagnosis treatment.

Regardless of whether it is a large or small population of teens using cannabis, the possibility that any number of teens could be increasing their odds of developing depression or suicidal tendencies by using cannabis is something to explore. Furthermore, it may have some implications for developing better comprehensive treatment programs. If there is a strong relationship between depression and cannabis use for some people, how does that influence their recovery? At Palm Partners Recovery Center, we believe in healing every aspect of the individual and integrating physical health with mental and emotional well-being. If you or someone you love is struggling, please call toll-free 1-800-951-6135.