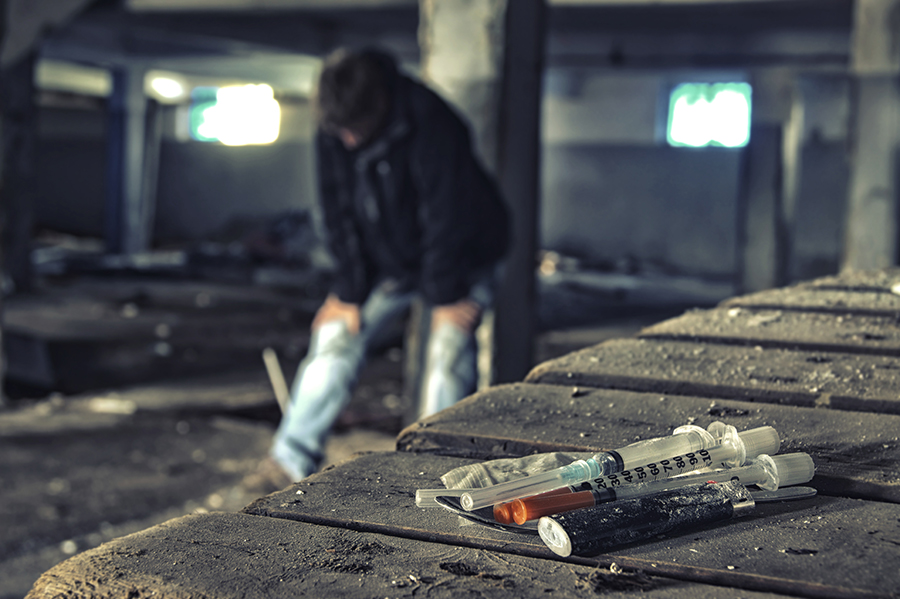 As if we didn’t already have enough problems presented to us by the opiate epidemic, it seems that drug dealers have gone a step further and doctored up their dope in an attempt to cut corners, and what it’s doing now is killing more addicts.

Last week the Drug Enforcement Administration (DEA) issued a nationwide warning concerning a surge of heroin laced with the potent narcotic fentanyl, which has subsequently led to a surge of deaths from overdose. So not that the overdose epidemic didn’t have its hands full with heroin or narcotic medications, but fentanyl is putting even more pressure on those looking to find a solution.

Fentanyl is not a brand new face in the heroin epidemic, it has been around here and there. But now it seems it is making a huge comeback that is hurting our chances of seeing light at the end of the tunnel in a big way.

On the streets of Canada there were reports of the fentanyl pills that earned their own alias’s like “greens” or “street oxy”, which come in tablets users will often crush to either snort or inject; liquid forms can even be smoked. The prescription painkiller has definitely earned its infamy, described to be up to 100 times as potent as morphine, and hundreds of times more potent than heroin.

Fentanyl is the most powerful opioid available to doctors. It is intended to treat extreme pain in patients with late-stage severe illnesses, like bone cancer.  But it’s increasingly finding its way into illicit drugs on the black market, being mixed into heroin in dangerous amounts, and being manufactured in covert labs by organized crime and sold on the street on a mass production level disguised in pill form.

The infestation of fentanyl laced heroin is making more waves in America these past few years, and law enforcement officials across the country are trying now to initiate a crack-down. There has been a series of related reports of fentanyl related drug arrests already, and some are worried this trend shows no sign of slowing down.

The last epidemic of fentanyl-laced heroin occurred between 2005 and 2007. In that time frame more than 1,000 people died in the Chicago, Detroit, and Philadelphia areas.

DEA Administrator Michele Leonhart on made a statement on Wednesday,

“Drug incidents and overdoses related to fentanyl are occurring at an alarming rate.”

He went on to say that fentanyl is a “significant threat to public health and safety.”

Authorities are seeing more and more prominence of this element in heroin on the streets as the battle against prescription and illegal opiates rages on. In fact, according to the National Forensic Laboratory Information System the seizures of illegal drugs containing fentanyl more than tripled between 2013 and 2014. National Forensic Laboratory Information System reported:

So how dangerous is this stuff? I mean how can heroin get any worse? Well fentanyl is so strong that the officials handling it in police drug labs are even being warned to use caution while testing, because it can be accidentally inhaled or even absorbed through the skin.

“These drugs, opioids and opiates, are killing people, especially when you’re buying them off the street. You don’t know what you’re getting. If you do drugs, you’re taking a gamble.”

Looking back again, opiate overdose deaths have plagued the country for these past few years, becoming the leading cause of injury related death. So now on top of having to face down the issues concerning prescription painkillers and heroin, there is an additional element of lethal proportions being slipped into the mix. But luckily this development hasn’t gone completely under the radar.

Does this put us even further from being able to combat the outbreak of overdose deaths in America? Is fentanyl bringing us closer to an even larger outpouring of drug related deaths, and what more can be done to warn the public that addicts are taking more risk than ever to get high?

Far too many lives are ruined, or brought to a rapid end because of overdoses when there is real help out there. If you or someone you love is struggling with substance abuse or addiction, please call toll-free 1-800-951-6135