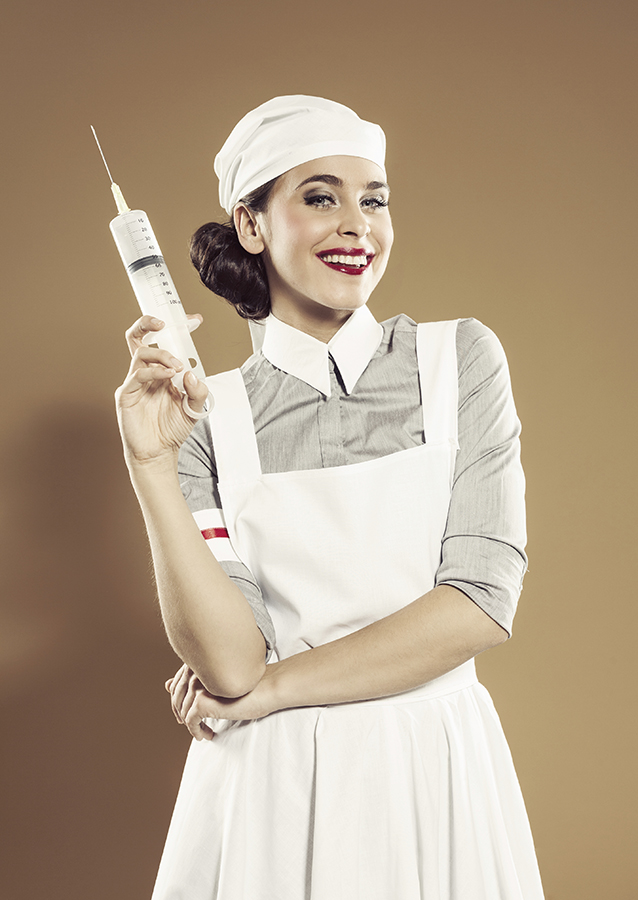 The war rages on against the opiate overdose epidemic in America, with families pushing for new action and ways to raise awareness, and officials pushing for easier access to overdose antidotes like Naloxone to help save lives when overdose does happen. So is the classroom any place for this? Some people seem to think so.

Naloxone (Narcan) is a drug that helps to reverse the effects of heroin, has been proven time and again to save lives. Up until recently only medical professionals could administer the drug inside the confines of a hospital, but if the new bill passes the restrictions will be loosened and school nurses will be able to administer this medication to those on the verge of dying from a heroin overdose.

Now there is a new piece of legislation taking it to the next level of prevention, that may seem a little extreme but could prove to be absolutely necessary. This bill is pushing to allow school nurses in the state of Illinois to administer Narcan to students who have overdosed from heroin.

Noting the Need for Narcan

To recap some previous statistics, some new studies have been published concerning the drug overdose epidemic in the United States, with 40,000 heroin overdoses in 2013 making it the leading cause of injury-related death in the country.

Last year the FDA fast-tracked approval for a new auto-inject-able naloxone device, and there has even been work done by politicians to hold Big Pharma’s feet to the flame in terms of pricing and making Naloxone (Narcan) more available to communities, noting the need for Narcan in the nation. Several states have recently taken more action for their own citizens trying to make some headway with combatting the issue.

So why the school system? Well, let us begin with the fact that Narcan has saved 44 lives in DuPage County in the last year alone. But the part that sticks out is that in 2 of those cases it was school students who were minutes away from death, and firefighters used Narcan to save students who had overdosed on opiates.

The scary reality of those stories is that if the firefighters had not arrived in time, the school nurses would have been left with their hands tied, and those students could have easily died in the classroom because the staff was unprepared and incapable of administering the necessary emergency treatment. The DuPage County Coroner Richard Jorgensen put it pretty blatantly,

“Right now a person could be overdosing right in front of them and they wouldn’t be allowed to do any treatment,”

Illinois State Representative Lou Lang proposed a bill that was deliberated over last week in a House committee meeting. It won preliminary approval from Illinois lawmakers.

Is This a Good Idea?

But not everyone supports this kind of action. Those opposed actually believe that implementing more relaxed regulations on the use of Narcan may have an adverse effect on the people they are trying to help and actually incentivize opioid addicts to use, which is an understandable concern.

I remember when I first heard about the whole concept of ‘harm reduction’ tactics to combatting addiction, and at that point I honestly believed it was just a glorified version of mass-enabling of drug abuse. When it comes down to it some people probably still feel that way. But when considering the alternative, I believe it is better to put in an effort to give people a second, or third, or even millionth chance to change their lives. As long as you are a living breathing human being you deserve the opportunity to change, and Jorgensen seems to believe that a law like this can provide a much needed second chance. Jorgensen commented on the bill stating,

“The first step in recovery is not death. If you have an overdose and you die you have no chance for redemption, no chance to become a productive citizen again.”

So while Illinois lawmakers fight to push this new action forward, one has to wonder how many other states are pushing to make Narcan and other elements of overdose prevention a standard in their school systems. Should school nurses in America be trained and equipped to handle a situation where a student is overdosing? Will this cause more grief by making schools responsible for the care of drug addicts? What other implications could come with making overdose antidote techniques a part of basic training for nurses?

While schools try to get their hands on an antidote that might save the lives of their students, people everywhere fight for their own lives against the disease of addiction. You don’t have to suffer an overdose to choose to get help, you just have to make the choice. If you or someone you love is struggling with substance abuse or addiction, please call toll-free 1-800-951-6135