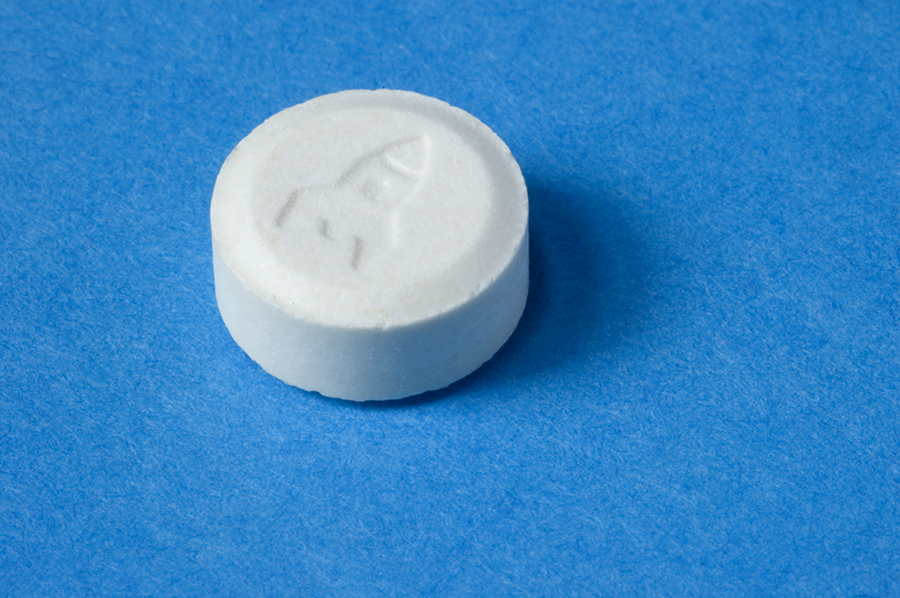 Public support for the use of psychedelic drugs in a therapeutic setting is rapidly growing, as we’ve already reported. Cases such as the use of LSD to treat depression and possibly addiction are indications of that. MDMA has been used to treat PTSD. There’s ayahuasca-assisted therapy to treat drug addiction. LSD for cluster headaches and psilocybin for nicotine addiction.

Well, the latest news on the alternative medicine front has to do with the therapeutic use of MDMA – the pure form of the club drug Ecstasy – for use in treating specific situations involving a psychological disorder. The U.S. Drug Enforcement Administration (DEA) has just approved the first clinical trial using MDMA in psychotherapy sessions in order to treat anxiety in people who are also suffering with life-threatening illnesses, researchers told Al Jazeera on Tuesday.

So, as it stands, MDMA is not being used to treat anxiety, alone; rather anxiety in people who are already sick.

The DEA approved the project on Friday, says Brad Burge, the communications director for the Multidisciplinary Association for Psychedelic Studies (MAPS). He added, “The tide has changed for psychedelic research.” MAPS is a California-based nonprofit research group that is sponsoring the study. Researchers at MAPS study medicinal uses for psychedelics as well as marijuana.

On the MAPS website, the distinction between Ecstasy or Molly, which are street names for MDMA, and actual, pure MDMA. The stuff sold on the street and in clubs is often “cut” with other drugs and chemicals so as to bolster profits for dealers, putting the user unknowingly at risk. But, the MAPS website says, pure MDMA has been proven “sufficiently safe” when taken a limited number of times in moderate doses.

First Clinical Trial for MDMA Use in Therapy

Unlike psychedelics such as LSD and psilocybin, MDMA does not produce hallucinations, which is some people may find disturbing. Rather, MDMA can be induces feelings of calm, trust and confidence, all of which can be extremely useful for people suffering from anxiety due to life-threatening illnesses, when used in combination with psychotherapy.

The clinical trial will be held in Marin, California, and has purposely been designed to take place in a psychologist’s office, instead of a hospital setting, Burge said. The patients will lie on a couch with a therapist nearby who will lend support and facilitate conversation.

The trial will consist of 18 subjects who have been diagnosed with life-threatening illnesses and who suffer from anxiety as a result. The participants will attend psychotherapy sessions over the course of several months, with MDMA being incorporated in only some of those sessions, in order to facilitate the process, Burge said. The outcome will be measured at the end of the sessions by the patient’s self-reporting and the therapist’s assessments regarding whether using the drug helped to reduce people’s anxiety.

Of MDMA, Burge said, “It opens [patients] up and makes them more comfortable with the therapist while reducing fear and making them more able to talk about difficult emotions.”

If this pilot clinical trial is a success, MAPS has plans to continue the research with larger studies that involve more participants as well as different approaches. For now, though, the goal of the researchers is to establish basic safety and effectiveness.

The trial is part of a larger $20 million plan to make MDMA an FDA-approved prescription medicine by 2021, Burge said. MAPS is the only organization in the world funding MDMA-assisted psychotherapy trials, he added.

Researchers hope to add to and bolster already-existing (and growing) evidence that psychedelics have legitimate therapeutic uses — as well as to challenge the stigma that has demonized them as harsh drugs that destroy the mind.

“That’s what the really good science shows, despite decades of propaganda and government misinformation,” Burge said. “Just a couple weeks ago, a phenomenal study showed that there are no long-term associations between psychedelic use and mental illnesses.”

That study was published this month in the Journal of Psychopharmacology. In addition, a recent report by Johns Hopkins Medicine showed that the use of psychedelic drugs, specifically psilocybin and LSD, could reduce psychological distress and suicidal thinking.

Addiction and mental illness are often co-occurring conditions in substance use disorder cases. Luckily, there are specially-equipped, intentionally-designed treatment programs that offer dual diagnosis treatment and therapy. These programs, such as the one here at Palm Partners, are adept at treating all conditions simultaneously so that healing can start and the recovery process can be begun. Please call toll-free 1-800-951-6135 today.