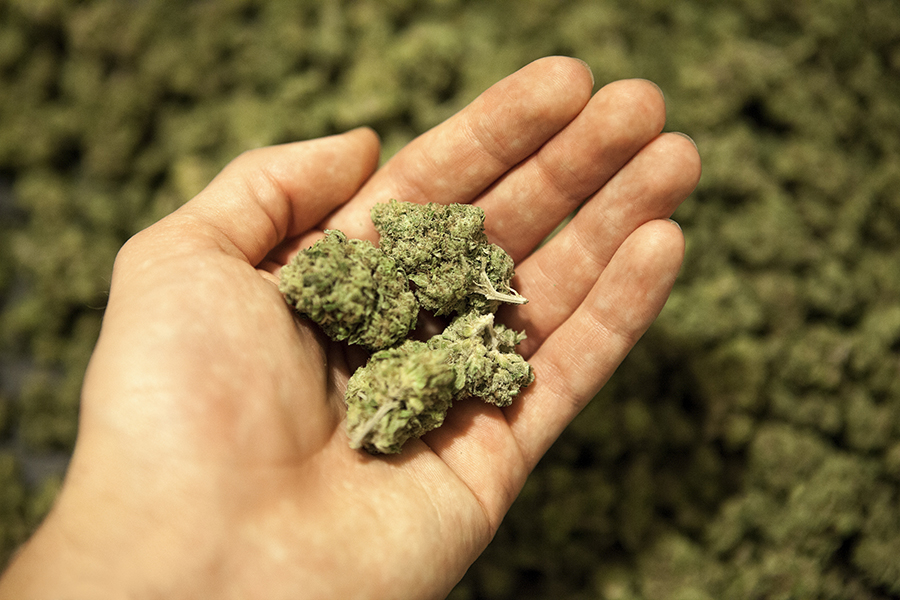 Considering that other countries, as well as some U.S. states where pot has been legalized, are seeing a decrease in crime and other problematic issues, what if more open drug use leads to fewer drug-related problems?

Our culture is one steeped in the belief that drugs are the enemy that we need to throw money and resources at, as implicated by our whole War on Drugs strategy. One that has been embedded in the minds of American citizens through media coverage, afterschool anti-drug specials, as well as in-school anti-drug programs like D.A.R.E. – which was found to be wholly ineffective.

Currently, our cultural experience with drugs and addiction reflect our social history with alcohol. We know alcohol can be addictive and believe that alcoholism exists. We also know that most people can drink without becoming alcoholics, and we know that—at some point—most young people will choose to drink.

We live in a strangely inconsistent society. Alcohol is legal and so it is socially accepted that eventually most of us will drink and will enjoy drinking. And yet, we are preoccupied with the dangers of alcohol—one doesn’t have to look too far to see the prestige and acceptance in this country of Alcoholics Anonymous, which conveys the view that alcohol can be deadly and uncontrollable.

Young people get mixed messages on the issue of alcohol. Now, with the decriminalization of and in some areas, legalization of marijuana, it gets all the more confusing. Until recently, marijuana was illegal and we could safely declare to kids that it was unhealthy and bad. The acceptance of medical marijuana began to break down that stigma in this country.

In America, there is a rather confident assertion regarding substances – that “science that shows addiction, whether it’s of [sic] drugs or alcohol, significantly changes a person’s brain. These changes result in compulsive behaviors that weaken a person’s self-control, qualifying all of it as a complex, chronic brain disease.”

This is the “Addictive brain disease theory is expressed most forcefully by the director of the National Institute on Drug Abuse, Nora Volkow.

And the results of America’s experiments in drug legalization are already starting to come in. And they disprove Dr. Volkow’s fears of drug use, which were initially spread throughout America following passage of the Harrison Act in 1914, which made drugs illegal.

In fact, the idea that drugs somehow make up a specific category of forbidden and uncontrollable substances because of their special addictive effects has been rejected by the very people who invented it. That is, the American Psychiatric Association Board of Trustees who hold the final approval for the criteria in the newest edition of the APA diagnostic manual (DSM-5), which does not describe drugs as addictive, but only in terms of a spectrum in severity of substance use disorders.

Surprisingly, there is only one thing that DSM-5 categorizes as addictive and that one thing is gambling. The DSM currently rejects the credibility of sex addiction while holding out for the possibility of adding video gaming, among others.

American adults are flocking to Colorado to buy and consume marijuana. And they seem to be doing just fine. The worries people have touted regarding legalization are being proved to be unsubstantiated. One notable difference: traffic fatalities in Colorado are down, as is violent crime in Denver.

Let’s take a look at California where the results are even more interesting. In 2010 California decriminalized possession of marijuana and reduced the penalties to a small fine. As a report from the Center on Juvenile and Criminal Justice made clear, there are less young people and adults being arrested for drug charges. Other measures of youth health and non-criminality have also been positive: “Non-marijuana drug arrests for California youth, meanwhile, are also down 23%.” Drop-out rates have also dropped.

Using these findings, California, the most populous and diverse state in the nation, experimented further by passing Proposition 47 last November, which decriminalized possession of small amounts of cocaine, heroin, and meth.

The argument can now be made that dealing with drugs rationally, and not overstating their effects or prohibiting their use, is actually beneficial; even those who choose to use drugs are less likely to use them compulsively or to be overwhelmed by their use under this new approach.

The official medical approach in this country believes that there is something called “addiction caused by heroin and an unspecified number of other drugs.” Yet, American psychiatry, and most Americans, believes addiction is not limited to drugs. At the same time, we are accepting the idea of letting people decide for themselves whether or not to use drugs.

A group of researchers called the European Comparative Alcohol Study (ECAS) conducted a study of alcohol consumption and problems across Europe and found an inverse relationship between alcohol-related social problems and the amount of alcohol consumed in a society.

These findings contradict the brain disease theory of alcoholism and addiction, which says that the greater the consumption, the more substance problems will occur.

There is an alternative theory, however, called the social-control model. According to this model, the greater the integration of a substance into a society, the fewer problems occur. When drinking is done in normal contexts—rather than in anti-social outbursts—it will be guided by social custom and norms.

With marijuana becoming ever more legal and socially acceptable, we’ll just have to wait and see.

Despite the decriminalization and legalization of marijuana in this country, marijuana addiction is a reality for some users. Just like there is alcoholism despite alcohol being legal and socially-acceptable, marijuana can pose a problem for some who may be inclined to abuse substances. If you’re having a hard time cutting back or stopping your marijuana use, please call toll-free 1-800-951-6135 to speak with an Addiction Specialist.