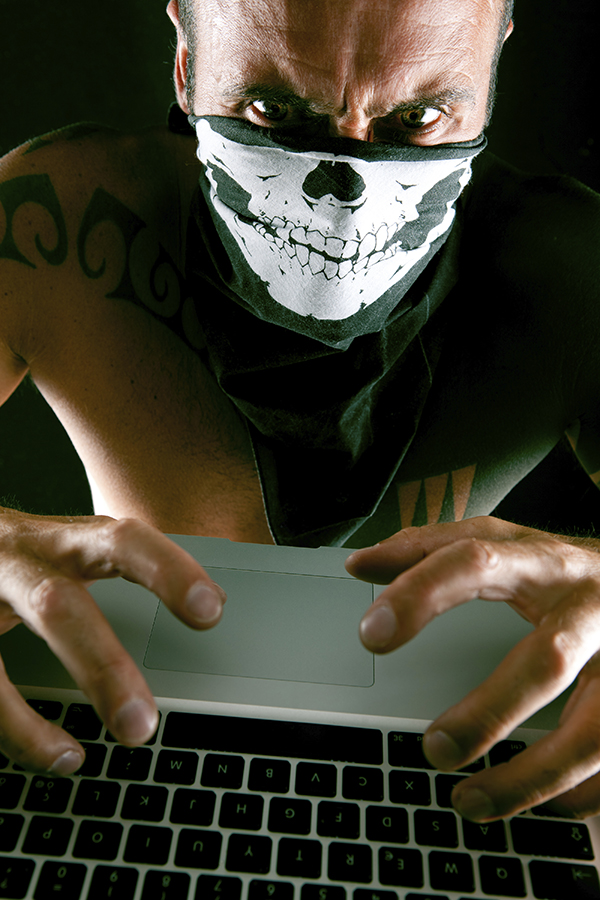 Following the collapse of the infamous Silk Road Empire, the Internet was left with a few other Dark Web sites designed for illegal trade and illicit goods, and the top other drug marketplace that took dominance in the wake of Silk Road (the original, 2.0 and 3.0) being shut down has apparently vanished overnight in what seems to be a scam.

Unlike its predecessor, the site named Evolution does not appear to have been taken down by law enforcement. Some are suspecting foul play by site administrators, who many suspect have actually taken off with millions of dollars in drug money. What jerks to rob drug dealers and traffickers, right? The underground online entrepreneurs known as Kimble and Verto apparently are trying to avoid the fate of ‘Dread Pirate Roberts’, and skip town while there ahead.

Silk Road was the original “Amazon of drug dealing,” and was shut down in 2013 after an extensive investigation which brought the original hackers behind the scenes to justice for soliciting various levels of illegal activities.

Ross Ulbricht, AKA the original ‘Dread Pirate Roberts’ and the cyber mastermind behind the Silk Road’s online drugs marketplace, was officially found guilty on all charges after a trial lasting 3 weeks, which convicted him of various charges, including but not limited to:

After the fall of that empire a host of other sites gathered up in an attempt to take its place.

Silk Road 2.0 was shut down a year later, and many so-called “deep-web operators” were arrested as part of a global crackdown. Blake Benthall launched Silk Road 2.0, and was arrested in November of 2014, facing 10 years on charges including:

Since then, Evolution has become the top site for anonymous users to purchase drugs and other illicit substances, from hacking tutorials to weapons, using digital currency, bitcoin. Most of the active vendors abandoned Silk Road 2.0 after a huge hack that lost a lot of money for the site, and they moved their business in favor of other large markets, and Evolution was a top choice for providing better security.

Evolution was piling in the bitcoin in the absence of Silk Road, and vendors all seemed to trust the system. Then without a trace this past Tuesday night, the site disappeared, as if it had evaporated from the internet. Digital drug dealers across the world clicked and scrolled furiously looking for their accounts, but they had cleaned house.

But this whole exit strategy was apparently not completely without warning, as some users reported that the site had stopped withdrawals of bitcoin funds over the weekend, claiming “technical difficulties.”

Then that Tuesday night, an Evolution moderator posted a warning on Reddit that stated:

“[T]he admins are preparing to exit scam with all the funds. Not a single withdrawal has gone through in almost a week. I am so sorry, but Verto and Kimble have ****** us all.”

This particular regular of the site claimed to have lost $20,000 worth of bitcoin, and was trying to reach out to his fellow consumers to assure them that the end was near, and they had been had. Overall, it was estimated that more than $12 million in bitcoin may have gone missing in the scam.

Needless to say, the Evolution community members have responded with nothing less than indignation and a fury of threats. Makes sense seeing as how they were invested in an internet scandal that was set to make them a lot of money before they had the floor dropped out from under them. One even warned that the site’s administrators that he would allow them 24 hours to make right by the scam and re-open the market, and allow people access to their funds, or there would be consequences.

Sources say that the scam could wreak havoc not just on the direct customer of the Evolution site, but could spread out its impact on the deep-web community as a whole by causing the price of bitcoin to plummet. According to the stats of what could be considered a Dark Web Wall Street, the worth of bitcoin has already dropped down from $291 to $281 on Tuesday alone.

Some might call this ironic justice. All these drug dealers getting together online to swap substances and traffic illegal goods and services, and they’re surprised when the drug dealing cyber-criminal masterminds behind it decide to pull a huge online heist? It’s actually comical. So now the world holds its breath as the digital drug dealers migrate to another site, and threaten to track down the Evolution operators. You could hire a hit-man, just not on that site. And your bitcoin isn’t worth what it once was. I find it strangely difficult to feel bad from anyone involved.

Silk Road, Evolution and the Dark Web may have fallen on hard times, but the disease of addiction and drug abuse is still prominent, and still just as fatal. If you or someone you love is struggling with substance abuse or addiction, please call toll-free 1-800-951-6135