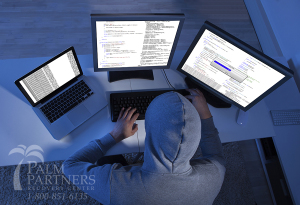 As if anyone would think computer hackers and programmers were in short supply, barely a few hours after authorities shut down Silk Road 2.0 last week the third installment of the online Dark Web drug market was launched. However, the new site has been met with great criticism.

Silk Road 2.0 was launched in response to the original Silk Road being shut down by the FBI, but Silk Road 3 Reloaded is actually a strategic name change from a website that was formerly named Diabolus Market. That site was launched just under a month ago as a ‘cannabis-only’ marketplace, but an automated email to users recent sent out described the site as “an anonymous, professional and peaceful marketplace selling all sorts of goods and services…there is no judgement, censorship or repercussion here. We are truly free.”

The alleged operator of the new site even claims to actively be working with a member of the Silk Road 2.0 team. They wrote in an email

“He/she is using my code and servers but is operating SR 3.0 themselves. I don’t have anything more to say.”

Despite these supposed claims to the Silk Road fame, users remain skeptical and have not been pleased with the overall functionality of the new site. A regular user named Budflood wrote,

“The Silkroad [sic] 2.0 was designed with a lot more sophistication. This looks like it’s just been thrown together by a bunch of kids.”

Blake Benthall who launched Silk Road 2.0 was arrested last week and faces 10 years on charges including:

He was reportedly second-in-command for Silk Road 2.0 until December 2013, but began running the website when its founder ceased operations following the arrests of the original Silk Road operators.

No doubt, this apparently cheap imitation of the Silk Road will eventually be brought down the same as the others, and sure enough until there is a better handle on the Dark Web, sites like these will keep cropping up to try and corner the digital drug market. With the evolution of drug dealing, and reform in drug policies, treatment must continue to evolve and address the issue to help those who still suffer, and there is help out there. If you or someone you love is struggling with substance abuse or addiction, please call toll-free 1-800-951-6135