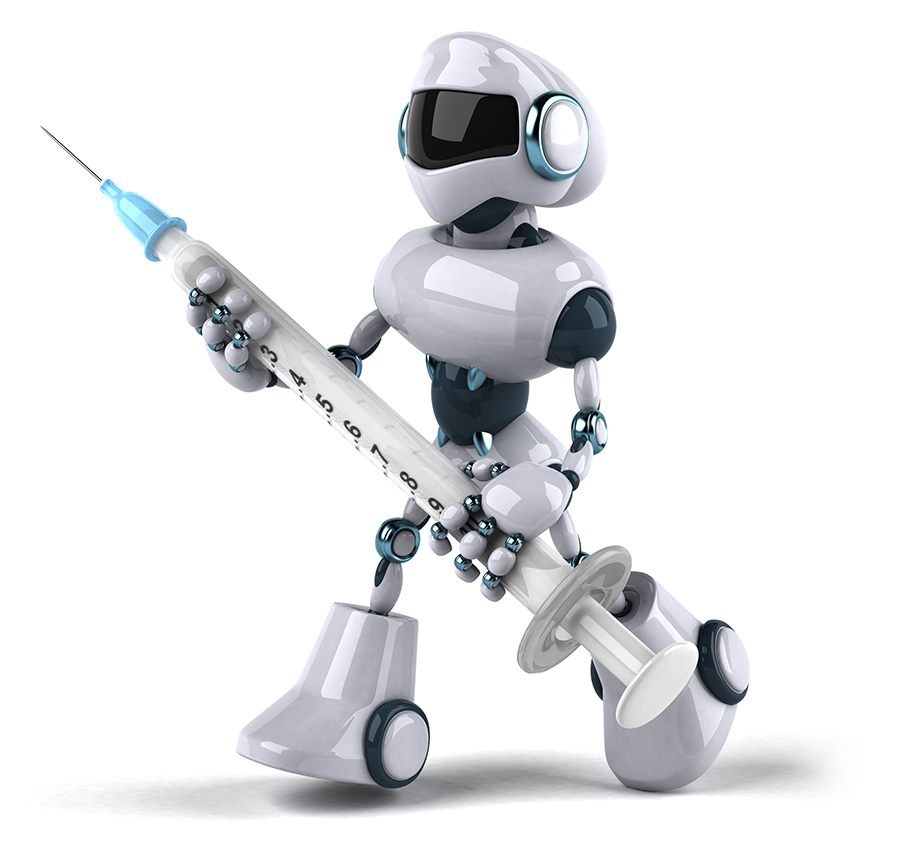 I have written before about how technology these days seems to be developing new and creative ways to innovate and enable the drug market for people. It’s like every time we turn around there’s news about the Dark Web, drug dealers going digital on Instagram, or a new app for our smartphones that helps us to purchase drugs, or assist us in trying to get away with drinking or getting high.

An experiment to test the boundaries of the Internet was recently conducted by a pair of Swiss artists. The artists loaded an online robot with Bitcoins, which is the digital currency that is used in some digital marketplaces, and unleashed it onto the Dark Web for the ultimate illicit shopping spree.

In this expression of art and experimentation, the robot in question was allowed to buy anything and everything it could find on the Dark Web. During this period the robot did indeed make many legitimate purchases, but then robot did happen to purchase some illegal drugs. We could easily assume the experiment was some sort of success, but now this incident is raising questions about the legality of such an action.

London-based Swiss artists Carmen Weisskopf and Domagoj Smoljo, better known as !Mediengruppe Bitnik, coded what has been called the Random Darknet Shopper. This robot is an automated online shopping machine, and per Weisskopf and Domagoji’s directs it was programmed to buy various items online, using specifically $100 in Bitcoin per week on a digital black-market that lists over 16,000 items.

Weisskopf and Smoljo ultimately constructed a performance piece that was put on display in an exhibition that closed on January 11. The robot art was crafted around the weird stuff their robot acquired, including all types of randomized objects such as:

The problem came in with those illegal ecstasy pills and the contraband Hungarian passport. The line between artful expression and criminal action was crossed over when those purchases were made, and that fueled the question in Switzerland now as to whether these artists could be arrested under the law as it currently stands.

So authorities in Switzerland are now faced with a strange question that seems to scifi to be a reality; if your online robot buys illegal drugs and contraband, are you yourself guilty of a crime?

As of now there was been no definitive answer. Ryan Calo, law professor from the University of Washington investigated the topic in paper called “Robotics and the Lessons of Cyberlaw”. In his writing, Calo argued,

“Robotics has a different set of essential qualities than the Internet and, accordingly, will raise distinct legal issues. Robotics combines, for the first time, the promiscuity of data with the capacity to do physical harm; robotic systems accomplish tasks in ways that cannot be anticipated in advance; and robots increasingly blur the line between person and instrument.”

To some people Calo’s work may sound like the beginning of a conspiracy theorists ramblings, but is it really that far from the truth? Calo wrote even more on the topic an article for Forbes after hearing about the particular purchases made by the Swiss shopping-robot. In this writing Calo asked a tough question with the title of the piece alone: A Robot Really Committed A Crime: Now What? He then did his best to answer the question further on in the writing.

“If, for instance, the law says a person may not knowingly purchase pirated merchandise or drugs, there is an argument that the artists did not violate the law. Whereas if the law says the person may not engage in this behavior recklessly, then the artists may well be found guilty, since they released the bot into an environment where they could be substantially certain some unlawful outcome would occur.”

Calo went on to explain, saying that just wanting a bad outcome doesn’t make it illegal. We have not yet reached a reality of ‘thought-crime’ where our ill intentions can earn us punishment.  That being said, to purposefully let a robot run wild in the Dark Web until it yielded contraband seems hard to distinguish from intent, because some would assume you designed it with this exact intention.

At the moment we may not have the system in place to police robots, but how will we properly monitor people to predict and regulate a robots Internet activity? When a robot breaks the law, will people be held responsible? Or will people be allowed to traffic drugs and blame it on their robots?

In a future not too far away we may see a change in how the Internet, artificial intelligence, and drugs are connected and controlled. As far-fetched as it seems, this is only the next step in the question of how much harm technology has the capacity of creating. Technology is increasingly convenient, but these days it could be making drugs and alcohol a little too easy for people to abuse. If you or someone you love is struggling with substance abuse or addiction, please call-toll free 1-800-951-6135